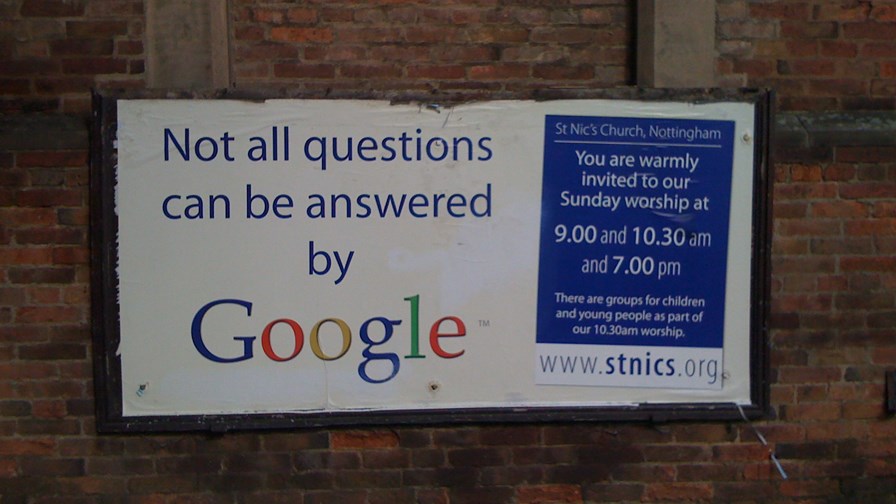 It's enough to make a cat laugh. Less than two weeks ago, Google, with all it's usual fanfare, announced the setting up of a global "independent" advisory panel with the remit "to help advance the responsible development of AI" and to examine and monitor the company's "ethics" in that regard (cue first belly laugh, folks).

Last Friday (April 5) less than two weeks after it was launched, and with considerable less ballyhoo and BS, it was unceremoniously shut down (cue for knowing sniggers all round). Yes, the Advanced Technology External Advisory Council (ATEAC) is now defunct.

Google's self-serving PR exercise has blown up in its face, (hardly the first time that Google has dropped a goolie) and the company has long been and continues to be criticised, from both outside and, increasingly vociferously, from inside the company, in regard to how it intends to use emerging technologies.

Currently the focus is very much on concerns about AI, automation, autonomous systems and facial recognition (of which more later). And with Google  beginning to worry that demands from within the US and many other parts of the world that it should be investigated, regulated and perhaps even broken up, the company is making much of listening to public concerns about its monolithic and overbearing global presence - and one way to deflect some criticism is eye-catching little initiatives such as the ATEAC.

Before setting up the advisory body, Google published a testament of AI "principles" that it promised to follow and abide by. Among the assurances and guarantees made were that the Cookie Monster would be "accountable to people" and "socially beneficial" (cue a full gale of derisive hooting).

And so, with due pomp and circumstance, on March 26 the formation and commissioning of the panel was announced at an event at the prestigious Massachusetts Institute of Technology (MIT). The company said the eight-member ATEAC would convene to "consider some of Google's most complex challenges" with an inaugural meeting in April and then meet again a further three times over the remaining course of 2019. Except that it won't because (with apologies to John Cleese), is now an ex-panel, it is no more, it has ceased to be - and all before it did a bleedin' thing.

The members of the ATEAC panel were Alessandro Acquisti, Professor of Information Technology and Public Policy at Carnegie Mellon University in Pittsburgh, Pennsylvania, in the US; Bubacarr Bah, a Gambian-born mathematician who is the Chair of Data Science at the African Institute for Mathematical Sciences and a Professor at Stellenbosch University in South Africa; William Burns, a former US deputy Secretary of State and US ambassador to Russia and Joanna Bryson, the US-born Professor of Computing Science at Bath University in England.

The others were Luciano Floridi, Professor of Philosophy and Ethics of Information at the University of Oxford; Dyan Gibbens, the CEO of Trumbull Unmanned (as in unmanned aircraft), Kay Coles James, the president of the Heritage Foundation think-tank and research house in the US and De Kai, Professor of Computer Science and Engineering at the Hong Kong University of Science and Technology.

A forced return to the drawing-board

Central to the collapse of the Advisory Council was disagreement and concern about facial recognition technology. Last year, Diane Greene, when she was head of Google's cloud computing division, said the technology is in its immature infancy and has an inherent bias in its working because of general lack of, and in some cases a complete absence of, diverse data. However, it was the reaction of thousands of Google employees to Kay Coles James' appointment to the council that was the catalyst in its closure.

The Heritage Foundation, of which Coles is the president, is a regarded as a strongly conservative institution and some 2.380 Google staffers signed a petition calling for Kay Coles James to be removed from the council alleging her to be "intolerant" and the Heritage Foundation itself as being “amazingly wrong” in policies on topics such as climate change, immigration and LGBTQ equality.

Signatories said James’ views "do not deserve a Google-legitimised platform and certainly do not belong in any conversation about how Google technology should be applied to the world." The petition added, "By appointing James… Google elevates and endorses her views, implying that hers is a valid perspective worthy of inclusion in its decision making. This is unacceptable."

The row quickly deepened and spread. Calls grew for the removal of other council members prompting first Professor Alessandro Acquisti to resign and soon thereafter the whole house of cards collapsed. So, on Friday afternoon Google issued a statement saying it had "opted to disband its newly-formed artificial intelligence (AI) ethics council".

It added, "It has become clear that in the current environment, ATEAC can't function as we wanted so we're ending the council and going back to the drawing board. We'll continue to be responsible in our work on the important issues that AI raises, and will find different ways of getting outside opinions on these topics." Oops.

The last word goes to Joanna Bryson of Bath University. She was not a happy with all the shenanigans and let Google have it with both barrels. She tweeted, "I thought there were enough smart people at Google that there must be some process for either communicating or improving decisions. But I was wrong, and the people who called me naive were right". You are not the first Professor, and you won't be the last.