Huawei doubles down on AI with full stack portfolio 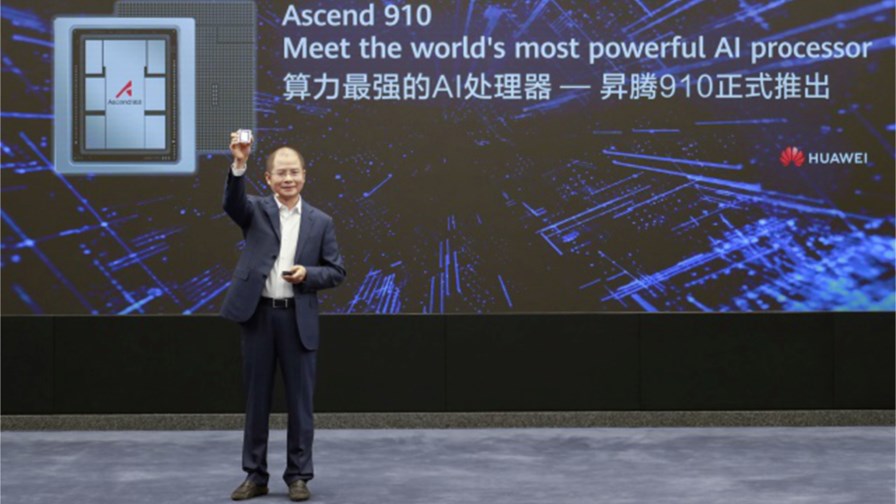 Huawei has today launched what it believes is the world's most powerful AI processor, the Ascend 910, along with a multi-purpose AI computing framework called MindSpore (which sounds like something out of Stranger Things and will no doubt freak out all those AI alarmists).

“We promised a full-stack, all-scenario AI portfolio, and today we delivered,” said Eric Xu, Huawei's Rotating Chairman. "Everything is moving forward according to plan. We have been making steady progress since we announced our AI strategy in October last year. This also marks a new stage in Huawei's AI strategy; it's also a new beginning.”

The Ascend 910 is designed to be used for AI model training. Huawei claims that when used alongside MindSpore, training is about two times faster than other mainstream training cards using TensorFlow. For those who like to look under the under and compare specs, the Ascend 910 delivers 256 Teraflops for half-precision floating point (FP16) operations, and 512 Teraflops for integer precision calculations (a Teraflop being a trillion floating point operations per second).

"Ascend 910 performs much better than we expected," said Xu. "Without a doubt, it has more computing power than any other AI processor in the world." He added that Huawei will continue investing in AI processors to deliver more affordable and adaptable computing power that meets the needs of a broad range of scenarios – such as edge computing, on-vehicle computing for autonomous driving, and training.

The goal of Huawei’s previously announced AI framework was to reduce training time and costs, ensure efficient execution, and be adaptable to all scenarios from device to edge and cloud applications. The company says the MindSpore release marks “significant progress towards these goals”, as well as ensuring privacy protection. It apparently helps ensure user privacy because it only deals with information that has already been processed and doesn't process the actual data itself.

The MindSpore framework features an "AI Algorithm As Code" design that Huawei says allows developers to develop advanced AI applications and train their models more quickly, with 20 per cent fewer lines of core code than other commercial frameworks and helping developers raise their efficiency by at least 50 per cent.

“MindSpore will go open source in the first quarter of 2020,” added Xu. “We want to drive broader AI adoption and help developers do what they do best.”

Huawei is being bold in its support of AI, defining it as a new general purpose technology that will be used in almost every sector of the economy. However, Xu acknowledges that AI is still in its early stages of development, and there are a number of challenges to overcome before AI can achieve its full potential.

Verizon gets down to business with new enterprise CX tools