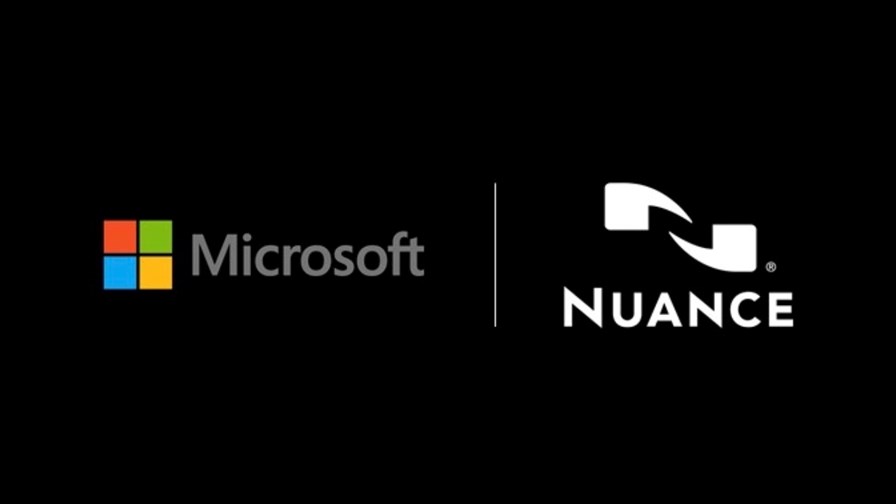 A major digital services acquisition and a shift in strategic direction for Huawei start off the week’s news cycle.

Microsoft is acquiring voice recognition technology expert Nuance Communications in a deal valued at $19.7 billion. The move is part of Microsoft’s efforts to become the leading provider of cloud-based services and applications for the healthcare sector, towards which Nuance has been shifting much of its AI-enabled voice recognition technology development effort during the past few years. “Over the past three years, Nuance has streamlined its portfolio to focus on the healthcare and enterprise AI segments, where there has been accelerated demand for advanced conversational AI and ambient solutions,” said Nuance CEO Mark Benjamin. “To seize this opportunity, we need the right platform to bring focus and global scale to our customers and partners to enable more personal, affordable and effective connections to people and care. The path forward is clearly with Microsoft — who brings intelligent cloud-based services at scale and who shares our passion for the ways technology can make a difference. At the same time, this combination offers a critical opportunity to deliver meaningful and certain value to our shareholders who have driven and supported us on this journey.” For further details, see this press release.

Huawei is to focus on software developments and technologies for “intelligent vehicles” and focus its investments on “businesses that are less reliant on advanced process techniques,” stated Eric Xu, Huawei’s current ‘rotating’ chairman, during the Chinese vendor’s annual analyst summit. Essentially, that’s another way of saying that US trade sanctions have destabilized its current smartphone and network infrastructure business lines and it now needs to focus on areas that don’t rely on chipsets and other components developed by US companies: Note, though, that 5G and “5.5G” (whatever that is) still feature prominently in its plans, so it is not giving up on the telecoms networking sector by any means. While this shift in focus is bad news for Huawei – in that its corporate strategy as well as its revenue potential has been negatively impacted by developments beyond its control, namely the sanctions imposed and strengthened by successive US administrations – it is also bad news for the many US companies that had for years been generating significant sales from Huawei (and others, including ZTE). Huawei will still, of course, need technology components for its business lines in the coming years, but it will source them from non-US developers, so increasing the competition that US companies face from other parts of the world, particularly Asia. It’s hard to identify the winners from this scenario, but there’s a good chance that the international role played by companies from Taiwan, Japan and India will only strengthen during the rest of this decade, while the European bloc will also be trying to boost its role as a more impactful global force. The shape of the technology sector is changing and that’s going to disrupt the market for years to come.

Speaking of the European bloc… Five major French firms are collaborating to form the Software République, a “new ecosystem for innovation in intelligent mobility.” Atos, Dassault Systèmes, Groupe Renault, STMicroelectronics and Thales will jointly develop and market systems and software based on artificial intelligence, cybersecurity, connectivity, embedded electronics, and virtual twin technology. The companies regard the move as being “a matter of sovereignty” in a mobility market being redefined by disruption in “electric vehicles, new components, new after-sales services and other value-added services.” They note that “major industrial players on other continents, with state support, are already positioning themselves to develop many of these new technologies through enhanced integration strategies. Today, the founding members of the Software République express the urgency for France and Europe to collectively build a sustainable ecosystem that aims to ensure their sovereignty in this field.” Read more.

Giant African operator MTN values its mobile money business at $5 billion and might take the business public via an IPO if that is the best way to “unlock value,” reports Bloomberg, which quotes MTN’s CEO Ralph Mupita. Airtel Africa recently assigned a $2.65 billion valuation to its mobile money business, Airtel Mobile Commerce, by selling off stakes to The Rise Fund and Mastercard.

Vodafone Deutschland says it’s the first operator in Germany to switch on a 5G standalone network complete with a standalone 5G core platform from Ericsson. The operator says all base stations on its 3.5 GHz 5G network have been switched over to the standalone mode, supported by the “first 5G data centre” based in Frankfurt am Main. Read more.

BT Sourced, the name assigned to BT’s new procurement arm, has signed a ‘partnership’ deal with Globality to tap its AI-powered Smart Sourcing Platform and thus transform its procurement processes for services such as consulting, marketing, IT, HR, legal and so on. According to Cyril Pourrat, BT’s Chief Procurement Officer, “Having immediate access to our current suppliers and Globality’s diverse global network will bring agility and new value to our teams." Read more.

TIM (Telecom Italia) says it has “closed the digital divide” in the north-east region of Friuli Venezia Giulia, which borders Austria and Slovenia, by providing high-speed fibre-based broadband coverage to 99% of homes that are connected to its fixed network. This is the second region to achieve such coverage, with Puglia (aka Apulia) having achieved the status first in February. For further details, see this TIM announcement.

A new study from Juniper Research has found that the number of users of software-based facial recognition to secure payments will exceed 1.4 billion globally by 2025, from just 671 million in 2020. This rapid growth of 120% demonstrates how widespread facial recognition has become, fuelled by its low barriers to entry, a front-facing camera and appropriate software, according to the research firm, which cited the implementation of FaceID by Apple a market accelerator. Read more.

Polish mobile network software developer IS-Wireless is working with Affirmed Networks, Microsoft, IBM and Red Hat on plans to develop an Open RAN-based 5G network architecture for deployment in Poland during the second half of 2021, according to a report (in Polish) from Telko.in.

Canadian operator Telus has turned to French data networking technology specialist Ekinops, which will supply its “one-box-fits-all” ONE2501 router for enterprise customers that want to deploy a variety of virtualized applications, including SD-WAN. Read more.