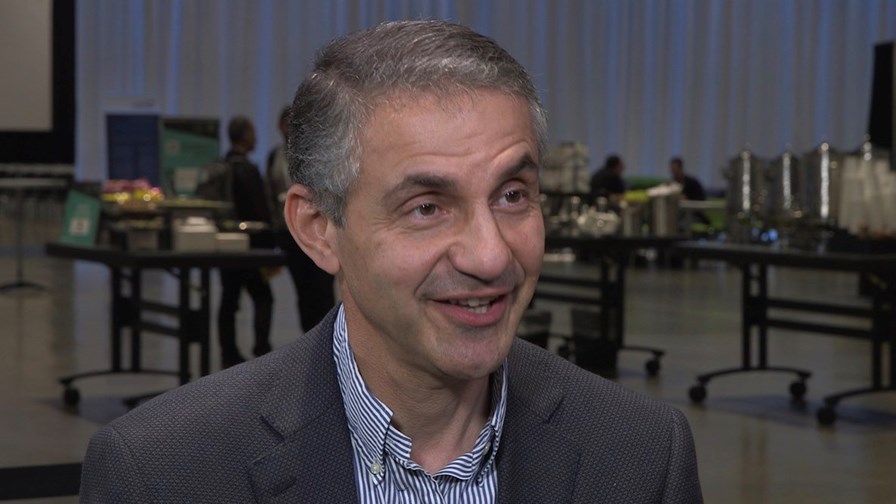 The latest telecom exec to shift across to the hyperscaler world, an expansion at HMD Global and some rearguard action at Amdocs top today’s pile of news snippets.

Mazin Gilbert (pictured above) is the latest senior telecom operator executive to take a job with one of the hyperscaler giants. Gilbert, who held various roles at AT&T during 22 years with the giant telco, has left the operator to become Director of Engineering, Telecommunications Orchestration, Analytics and Automation at Google. He was most recently VP of Network Analytics and Automation at AT&T and over the years was heavily involved in the development and implementation of AT&T's virtualization strategy. He’s not the first senior AT&T technology executive to pass through the AT&T exit door in recent months: Chris Rice, formerly the operator’s Senior VP of Network Infrastructure and Cloud, moved on last year and has joined STL – Sterlite Technologies as the CEO of its Access Solutions Business; while Roman Pacewicz left his role as Chief Product Officer at AT&T Business at the end of last year and is now an industry consultant. Put together, that's a lot of industry experience now on the outside of the AT&T fence.

The feature phone may be making a slight comeback, partly in reaction to the high sticker prices of the most tech-packed ‘flagship’ smartphones from the likes of Apple and Samsung, and partly because feature phones have improved while smartphones have become more complicated, apparently less secure and arguably more fussy. If the market is indeed on the turn, who better to lead a feature phone revival than HMD, the “home of the Nokia brand”? After several years testing the appetite for retro Nokia launches, it’s gone full blast with six new phones, both ‘smart’ and ‘feature’ at the mid to low end. But most interesting is its move into the MVNO market, which will enable it to direct-sell both phone and service as a package. That means it can match a feature phone with a predefined set of features together with a predefined data plan to go with it. Its first MVNO market is the UK, where it will provide its service using EE’s network. But the approach should also work for smartphone sales, says CCS Insight’s Chief Analyst, Ben Wood, “By bundling a mobile phone with airtime and offering a single predictable price for the phone and service, HMD Global is likely hoping that it will give it a competitive edge when selling its phone directly to consumers in the highly competitive mid- and low-tier smartphone segments. It could also be appealing to business customers where HMD Global is selling fleets of devices to businesses that want a single supply deal or the ability to procure ‘smartphones as a service’ with predictable monthly or annual payments.”

Amdocs has been working hard during the past week to reassure its investors that all is well with its accounting procedures and financial statements following a report from a firm called Jehoshaphat Research that accused the company of multiple practices that “window-dressed” its balance sheet and labelled the stock as “uninvestable”. The report, first issued on 31 March, spooked some investors as Amdocs saw its share price tumble 11.6% late last week to $70.15. That was followed by announcements from a queue of legal vultures eager to get investors to sign them up for a class action lawsuit. Amdocs said the research report contained “inaccurate statements, groundless claims and speculation that were designed to drive the stock price downwards to serve the short seller’s interests to the detriment of Amdocs shareholders,” and held a call and presentation for investors on Thursday to talk through its current business and accounting procedures: The stock edged up by more than 1.2% to $73.75 by the close of trading on Thursday and has slipped back a little Friday to $73.08. In its most recent full financial year to the end of September 2020, Amdocs reported revenues of $4.2 billion and a net profit of almost $498 million.

Meanwhile, Amdocs continues to land business with network operators around the world. It has just secured a new OSS deal with Italian broadband specialist Fastweb and has provided its service and network automation platform for network functions virtualization (NFV) and cloud orchestration to Globe Telecom in the Philippines.

Nokia has had a very busy week, having concluded a licensing spat with Lenovo, achieved a 10 Gbit/s downlink 5G connection in trials with Australian operator Optus, and enhanced its AirFrame data centre solutions with 3rd Generation Intel Xeon Scalable Processors.

So you thought NFV was yesterday’s news? That’s not how things work in telecoms. The spotlight may have moved on to so-called ‘cloud native’ network functions as the ultimate way forward, but NFV is still out there, still maturing and getting increasing traction. According to ABI Research, NFV is really showing its worth now as a way of quickly updating services and innovating using software and white box hardware platforms. It points to NFV in Virtual Customer Premises Equipment applications and claims this ‘vCPE’ is enabling service providers to keep pace with accelerating demand from industry, with vCPE deployments now amongst the most important revenue-generating investments and poised to triple the VNF (virtual network function) market value by 2025 to more than $15 billion globally. Read more...

CommScope is preparing to spin off its Home Networks Business into an independent public company in order, it says, to reduce operating costs across the company. The separation is to be executed through a tax-free spin-off to CommScope shareholders to form a new and independent publicly traded company and is expected to be completed by the end of the first quarter of 2022. Read more...

EE says it has switched on 5G in 35 new towns and cities across the UK. EE has added outdoor 5G coverage to some of the UK’s most popular tourist landmarks, historical sites, and coastal locations as lockdown restrictions start to ease and non-essential retail stores, hospitality venues and attractions begin to reopen from next week.  Read more…