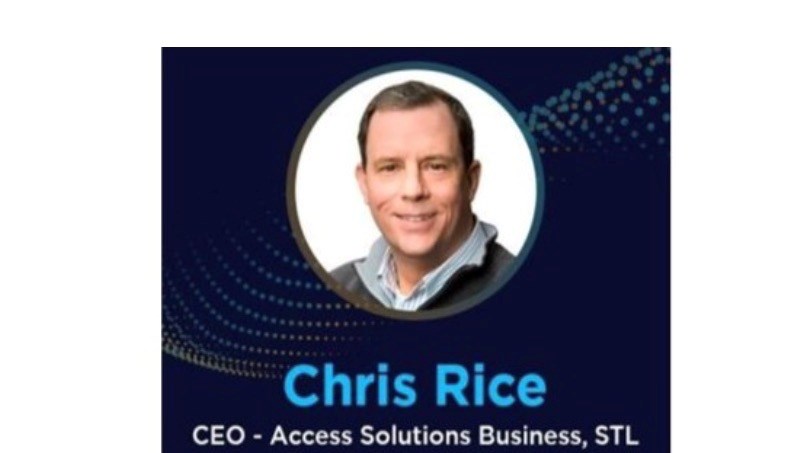 Former AT&T Senior VP of network Infrastructure and Cloud, Chris Rice, has joined STL – Sterlite Technologies as the CEO of its Access Solutions Business, which has a focus on Open RAN and 5G. “STL is committed to making open source and converged networks a reality,” says Anand Agarwal, STL’s Group CEO. “We have been investing in SDN for 5G wireless and fibre-based wireline networks for over 5 years. I am extremely excited to have Chris lead our Access solutions team.” STL (more commonly referred to in the industry as just Sterlite) is one of a number of vendors with its roots in India that is aiming to have a greater influence on the global market, branching out from its traditional market of fibre access products into telecom software in recent years. This appointment will certainly garner it greater international attention. For more details, see this announcement.

The news of Rice’s appointment came shortly after STL announced it had brokered deals in the Middle East and Africa (MEA) region worth more than $100 million. See this announcement for further details.

Signalling and security system specialist NetNumber has made two small, strategic acquisitions (for undisclosed amounts) to boost its private wireless networks portfolio. SiRRAN Communications and TD-Mobile AG, both of which have engineering teams in the UK. SiRRAN Communications provides mobile core network products (a 5G core system is in development), while TD-Mobile is a mobile virtual network operator (MVNO) that “provides secure connections for private and public entities with connectivity to more than 1,500 mobile network operators across the globe.” The acquisitions give the company greater capabilities to offer private network operators. “NetNumber is well-positioned to serve and safeguard the networks of our premium global customers now and into the future, including in burgeoning areas such as private networks and 5G,” noted President and CEO, Kevin Peters. See this announcement for further details.

UK mobile operators might be in danger of squandering the brownie points earned through the pandemic when they offered all sorts of cost breaks to selected groups of customers such as health workers. UK MVNO Tesco Mobile is going for the jugular with a claim that UK network operators (other than its partner O2) are pushing up mobile tariffs with mid-contract price rises of up to 4.5%, just when consumers are on their financial knees thanks to the pandemic. Tesco Mobile, of course, says it has long promised to keep prices frozen throughout the duration of its customers’ contracts and will continue to do so. It says research it has commissioned shows 9% of UK consumers have been unable to pay their bills since the pandemic began: 38% claim even a small rise in household bills would be worrisome with 14% claiming such a rise on their mobile bills would see them facing disconnection.

Microsoft has introduced Operator Connect, an operator managed service for adding PSTN services to Teams. Operator Connect allows businesses to bring their existing telecom trunking contracts into Teams via a new partnership between Microsoft and its operator partners.