Softbank sells ARM to Nvidia for $40B: Another home-grown loss for the UK 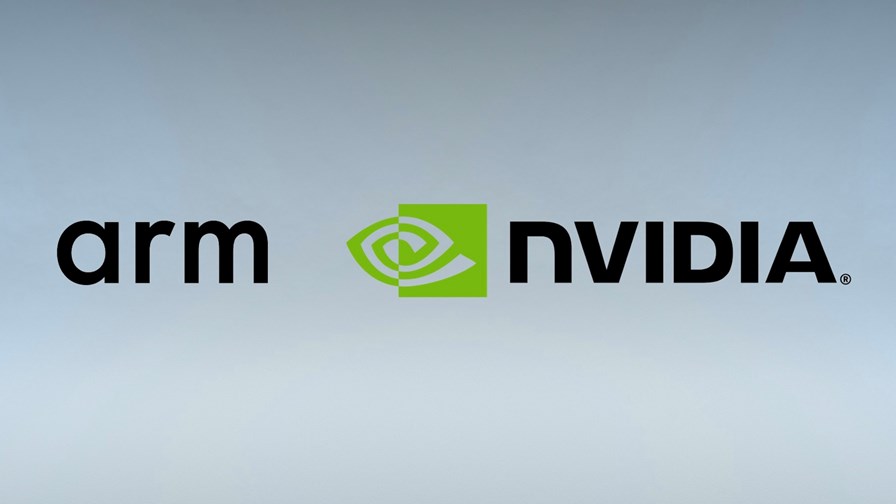 Softbank has agreed to sell its UK-headquartered ARM Holdings computer chip company to US company Nvidia for $40 billion. The Japanese conglomerate bought ARM for $32 billion back in 2016, so it has made a buck or two on the deal, which was forced upon it as it tries to reset itself and restore its tattered balance sheet and credibility after the farrago that was its acquisition of the chimera, WeWork.

Masayoshi Son of Softbank ploughed billions of dollars into WeWork and when that company was later forced to abort its much-trumpeted IPO, Wall Street characterised the debacle as "an implosion unlike any other in the history of startups". It was also seen as prime facie evidence that Mr. Son's famous "Midas Touch" had transmuted into a leaden embrace: He has been struggling to recover his golden mojo ever since.

A British success story until it fell into Softbank's gaping maw four years ago, ARM powers billions of smartphones around the world, as well as many other edge devices. ARM's business model is to create CPU architecture designs that other organisations -- including Apple, Qualcomm, Samsung and (significant this) Huawei -- customise for their own purposes. It's also worth noting that ARM has a lucrative but troubled 49/51% joint venture with Hopu Investments of Shenzhen, China, that might now come under intense scrutiny: The US authorities are not at all keen on technology relationships between US and Chinese companies and the British authorities have shown a willingness to kowtow to the whims of US state departments, with the UK government having already caved-in to political pressure from the Trump administration to disallow Huawei hardware and software from being used in the country's nascent 5G networks. It's hard to imagine a US-owned, UK-headquartered company is going to have much autonomy on decisions about how its tech is used by  international exporters.

Meanwhile, Nvidia, which has its headquarters in California, does make its own chips and so the stage is set for potential trouble to come if/when the deal goes through. Softbank had promised that ARM's HQ would stay in Britain until at least September 2021: Now, ARM's prospective new owner, Nvidia's Taiwanese founder Jensen Huang, has pledged that ARM will remain headquartered in the UK, that it will employ more British workers and that the brand will remain untouched, but has said nothing about the status quo remaining in situ post this time next year.

Commenting on the acquisition this morning during a webcast presentation, Nvidia's head of corporate communications said the deal will create "the premier computing company for the age of artificial intelligence." Huang noted: "ARM will remain headquartered in Cambridge. We will expand on this great site and build a world-class AI research facility, supporting developments in healthcare, life sciences, robotics, self-driving cars and other fields."

However, during the lengthy webcast, executives including Huang and ARM's CEO Simon Segars fudged and smudged questions about Nvidia making legally binding commitments to carrying forward the pledges Softbank made to the UK government in regard to maintaining jobs and presence in the UK.

Admitting that negotiations with the British government "have only just started," Nvidia is "open-minded" about talks and stated that "we'll do something that makes sense." In other words, there's nothing in writing, no binding commitments have been made, and words are cheap. The legal pledges made by Softbank will almost certainly be kept until the deal closes, which Huang says will take at least a year, possibly 18 months, but after that circumstances "could" change.

Hermann Hauser, co-founder of ARM, believes they certainly will and has already gone on the record to say the deal "will be a disaster for Britain," that the promise to keep and even expand the number of British jobs is "meaningless and will turn the country into 'a vassal' of the US." He added, "If ARM becomes a US subsidiary of a US company, it falls under the Cfius (the Committee on Foreign Investment in the United States) regulations". Thus, if hundreds of UK companies that incorporate ARM products in their devices want to sell, and export, their output to anywhere in the world, including China - a major market - "the decision on whether they will be allowed to do so will be made in the White House and not in Downing Street," Hauser told the BBC.

Let us remember that the majority of the British electorate voted to leave the EU "to take back control" and to ensure that the country would not become a vassal state of the European Union, as government Brexiters assured us it would be if we stayed in the Union. Now, as the transition period for negotiating a trade deal with our former partners winds down amid rancour, brinkmanship and sabre-rattling, it would be mightily ironic if we instead become a vassal state to the US, whose president promised a "massive and easy" trade deal with Britain (which shows no signs of materialising).

Regulators and Dominic Cummings lurk in the wings

Now some figures: Two months ago, Nvidia became the world's most valuable manufacturer of semiconductors, knocking Intel off the top spot it had held since Methuselah was a lad. This last weekend, before the announcement of the acquisition of ARM Holdings, Nvidia's market value was $300 billion compared to Intel's valuation of just over $200 billion.

During this morning's webcast and in its PR releases, the company was smug about the fact that Softbank will take most of the fruits of the transaction in stock rather than cash: It is handing over $21.5 billion in shares in Nvidia and $12 billion in greenbacks, with a further payment of "up to" $5billion in either cash or stock if certain but as yet undisclosed financial performance targets are hit.

Those working for ARM will between them be allocated shares worth a total of $1.5 billion as a sweetener to keep developments engineers with the company, many of whom may decide to leave if US management fails to keep its promises or live up to its own hype.

Nvidia CEO Huang is particularly keen to bolster ARM's CPU designs for computer servers, which is an important and quickly growing sector, not least because Amazon and the other hypersclaers are spending such massive amounts of time, effort and money on expanding their already unfeasibly enormous cloud divisions.

There have been mixed reactions to the takeover. During past weeks, as rumours of the acquisition swirled, many well-known UK scientists, technologists, businessmen and academics have been calling on administration of Boris Johnson to put its money where its mouth, follow through on its promised new industrial policy and return ARM to UK ownership and control. There have also been growing demands that UK regulatory and competition authorities block the deal, which is years from being done and will face a great deal of scrutiny.

Dominic Cummings, the Prime Minister's very, very special "special advisor" and annointed Svengali believes that Brexit will permit market intervention and state aid at levels unseen in half a century or more, and will permit the creation of Britain's first trillion dollar technology company.

Given his hypnotic influence over Johnson, there is a chance that the acquisition may yet be stopped. Having already "agreed" to take Huawei kit out of the country's 5G networks, even this government might balk at the distinct political and commercial probability that, as part of an American company, ARM would be used as a pawn in the ongoing US-Sino trade wars and forbidden to sell to China.

Finally, cast your minds back to 2010 and the very hostile and aggressive takeover of another British icon, the chocolate maker Cadbury by Kraft of the US. Kraft, after making many promises about jobs, autonomy, non-interference, etc., etc., duly won and within months had broken "solemn" pledges made to both the government and the company.

Kraft's then CEO point-blank refused to appear before the UK parliament to explain or excuse the broken promises. Cadbury's brand was diminished and the company's strict and much admired Quaker business ethics were undermined. Meanwhile, many of the products that were left were ersatz and almost unrecognisable facsimilies of what they had once been.