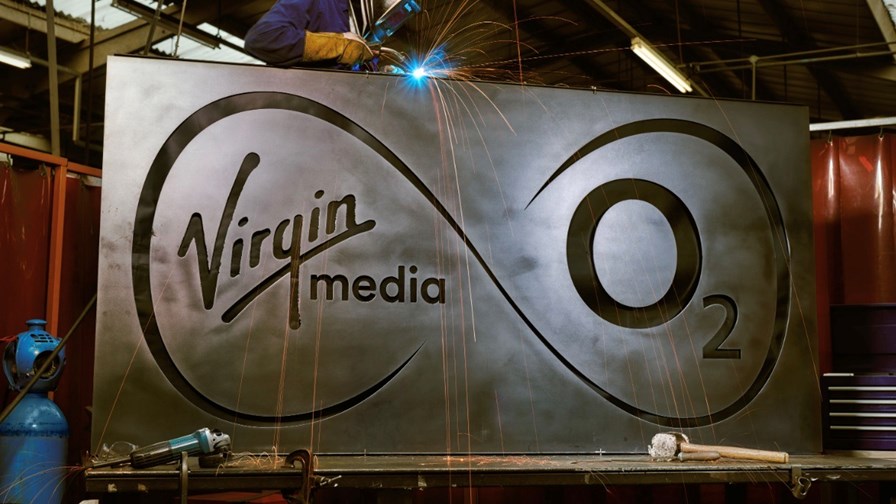 Virgin Media O2 (VMO2) has reportedly abandoned efforts to acquire rival UK broadband service provider TalkTalk at a valuation of £3bn, according to The Sunday Telegraph newspaper, with current economic conditions (capital is more expensive now that interest rates are higher), the valuation and regulatory uncertainty cited as the main reasons for VMO2 to walk away. As pointed out in July, when speculation of M&A talks between the two emerged, adding TalkTalk’s customers and assets would have given VMO2 greater scale and helped its transition to fibre access technology, while also giving it a low-cost offer for consumers at a time when budgets are being squeezed. But now, it seems, TalkTalk may need to look elsewhere to fulfil its exit strategy.

BT’s consumer brand, EE, could soon start selling car and travel insurance as part of a move to broaden its appeal to UK consumers, according to a speculative report by This is Money. Last week, EE announced it was expanding its smart home and cybersecurity services portfolio through partnerships with Verisure and Norton and noted in that announcement: “We’re not finished there: in the coming months we’ll reveal another partnership that will demonstrate how we are a service and a brand that will stand for much more than a mobile and broadband network. It will move us yet another step closer to being the most personal, customer-focused technology brand in the UK.” Moves into adjacent areas that enable telcos to use their large customer bases to sell additional services that can be put on the same bill is increasingly popular, especially as operators further develop their cloud-enabled digital service platforms. Financial services have been popular for a while, though mostly in emerging markets where traditional banking services are harder to source, and more recently digital health has become an area that telcos, such as Australia’s Telstra and Canada’s Telus among others, have moved into.

With T-Mobile US having built a very commanding lead over its arch rivals, AT&T, Verizon and others are casting about for anything that will both garner a positive headline or two and take a bit of the breeze out of T-Mobile’s sails. Verizon’s latest wheeze is to guarantee the price of its Fios (fibre-to-the-home) and its 5G Home and LTE Home fixed wireless access (FWA) internet services for an entire decade for new customers. Yes, 10 whole years of fibre or FWA broadband without a price increase! Verizon’s move is a riposte to T-Mobile’s highly successful campaign targeting its rivals’ subscribers with cut-price FWA offers. In a press release trumpeting what is certainly an unusual and eye-catching deal, Matt Coakley, vice president of marketing strategy and segment planning at Verizon, commented: “No one likes when bills go up unexpectedly after a promotional period, so we’re solving that by offering a guaranteed price for home internet for 10 years.” The operator notes in its announcement that “the monthly base price for service you'll pay today is the price you'll pay for home internet until 2032. No strings attached.” The price of the “limited-time-only” deal starts at US$25 per month for the basic plan, but most of the tariffs are, of course, higher, depending on the service. Taken by surprise by Verizon’s radical offer, rivals are in some disarray as they scramble to respond. Comcast, the international media and network services giant that is the largest cable operator and internet access service provider in the US (with more than 32 million cable broadband customers), was the first to retaliate against the increasingly competitive threat of FWA, but not with a compelling counter-offer, just a sour-grapes spoiler: The company has launched an advertising campaign for its Xfinity cable broadband service in which it casts FWA (T-Mobile’s service, in particular) as an inferior technology. It’s worth noting that after years of growth, the cable broadband sector appears to have hit its saturation point, so for Comcast the focus now is on retaining customers and getting more revenue from them. Meanwhile, Verizon along with its 10-year-no-price-rises deal also premiered a new wireless receiver for its FWA service. The telco says the device is a doddle to set up, is 60% smaller and lighter than existing models, increases throughput speed by 100% and works across all Verizon variants of fixed wireless, be that 5G ultra-wideband mmWave, C-Band and 4G LTE. It claims that switching between variants is seamless thanks to a new smart antenna that selects the best available coverage at any time.

Back to T-Mobile US for a moment… The likely reason Comcast picked on the Un-carrier’s FWA service to label as inferior is because it’s becoming incredibly popular with consumers and, at some point, that’s likely to eat into Comcast’s broadband customer base. In its third-quarter earnings report, issued last week, T-Mobile noted it had adI I ded 578,000 home internet (FWA) customers to take its total to 2.1 million, and reiterated that it expects within the next few years to sign up between 6 million and 8 million customers to the service, which at $50 per month is much cheaper than cable broadband services and so attractive to consumers as domestic budgets are squeezed. Meanwhile, Verizon added 234,000 consumer FWA customers in the third quarter to take its total to more than 620,000; it also has more than 440,000 business FWA customers. Add to these two giants the various wireless ISPs that are now pressing hard to sign up customers and the US cable broadband sector looks like it’s now under unprecedented pressure.

Telecom Italia (TIM), Open Fiber and their broadband network investment partners have extended the deadline of their M&A talks as they persevere in trying to finalise a deal that would result in a single national wholesale fixed broadband access network comprising TIM’s FiberCop unit (in which private equity firm KKR is a stakeholder) and Open Fiber, which is jointly owned by infrastructure investor Macquarie and Italian state lender CDP (Cassa Depositi e Prestiti). A non-binding agreement was initially struck in May this year, but getting all parties to agree to the fine detail has been problematic, not least because major TIM shareholder Vivendi has stated it won’t sign off any deal that values FiberCop at less than €31bn (about 50% higher than the valuation that all other involved parties have settled on) and because Italy has a new right-wing nationalist government, which needs to be on board with the deal and its ramifications (particularly regarding any merger’s impact on jobs and the economy). Talks are still ongoing and have been extended by a month to 30 November, but the announcement about the extension notes that the “exclusivity obligations” included in the original agreement will “cease to apply” from today (31 October). Could another party get involved in this saga?

SD-WAN and secure access service edge (SASE) technology specialist Versa Networks has raised $120m in what it describes as a “pre-IPO round” of funding led by BlackRock and supported by Silicon Valley Bank. The round takes the company’s total funding to more than $315m. “As the leader in SASE, the fastest-growing security and networking category, and executing on SASE services for years, Versa is the only solution proven to deliver the industry’s leading and differentiated architecture for high performance and security,” stated CEO Kelly Ahuja. “This funding will allow us to expand our go-to-market and accelerate new innovations that will further expand the market opportunity for us as a company,” he added. Numbers cited by Versa suggest the global SASE sector is set to be worth $15bn by 2025, according to Gartner, which has also identified Versa as the market leader. Read more.

Millicom, which provides mobile and fixed broadband services under the Tigo brand in nine Latin American markets, has reported third-quarter revenues of almost US$1.4bn, up by almost 39% year on year due to the impact of its recent acquisition in Guatemala. Even discounting that portfolio addition, the service provider still managed organic service revenue growth of 2.7% and reported a 3.9% increase in operating profit to $196m. The operator has some further significant changes in the pipeline as it’s in the process of spinning out its towers and mobile money units, strategic moves that were announced in February this year and are due to be finalised in 2023. It’s worth noting also that Millicom is facing the same challenges as its international peers in terms of rising costs and inflationary pressures. It is increasing its prices to maintain margins on its services and noted that its energy costs, which equal about 2% of total revenues, were 17% higher in the third quarter compared with a year ago. For further details, see this earnings announcement.

According to official government figures, inflation in Türkiye (that’s the newly approved way to spell Turkey in Turkey) is currently running at more than 83% and, earlier this month, experts at the Inflation Research Group, an independent group of economists and academics that tracks actual inflation in Turkey on an hourly, daily, weekly and monthly basis, calculated that the real rate of Turkish inflation is 186.7%. This is the background against which the government is planning to introduce a central bank digital currency (CBDC). It will be integrated with Turkey’s digital identity system and the Central Bank of the Republic of Turkey’s (CBRT) FAST instant payments service. The assimilation is the next step in the Central Bank Digital Turkish Lira Research and Development Project. The republic’s Directorate of Presidential Strategy and Budget recently announced the plans in the Presidential Annual Programme for 2023, stating that a “blockchain-based central bank digital currency will be put into practice”. The Central Bank launched the first phase of the CBDC project in September 2021. At that time, the plan called for “limited closed-circuit testing of a prototype digital Turkish lira network prior to advanced phases of the pilot study that will reflect broader participation”. It seems the next phase is now in hand. The CBRT was one of 26 participating central banks from Asia, Africa, the Middle East and South and Central America that contributed to the BIS (Bank For International Settlements) ‘CBDCs in Emerging Market Economies’ report that was published in April this year. It outlined the main objectives, challenges and implications for the issuance of a central bank digital currency for each of the countries involved. The goal is to provide “a cash-like digital means of payment” to help increase private digital payment services and support financial inclusion. The BIS report says: “Achieving greater payment system efficiency is at the heart of EME (emerging market economy) central banks’ motivations. EME central banks also place great emphasis on financial inclusion and are concerned about cybersecurity risks, potential bank disintermediation and cross-border spillovers.” Quite what this will mean to the general population of Turkey remains to be seen. In the meantime, 90% of the population is very worried about how to make ends meet. Turkey’s minimum wage rate rose recently but roaring inflation instantly more than cancelled out the increase, and the price of ekmek (bread) rises daily, and sometimes even twice a day. (Finally, apologies for the alphabet soup you had to wade through when reading the above. If you think telco reports are wordy and overstuffed with acronyms and initials, banks and the finance industry are at least as bad and frequently worse.)