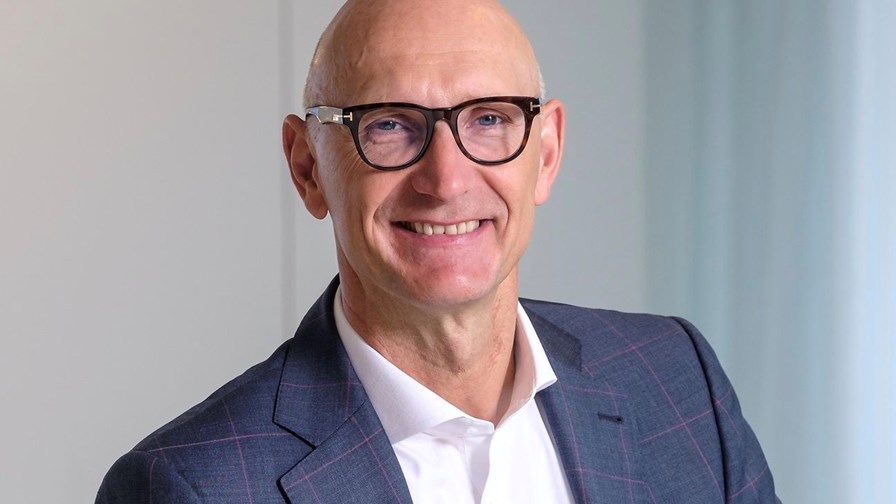 The closing weeks of 2021 appears to have some of Europe’s major telcos assessing their asset options, with Deutsche Telekom in the thick of the action following unambiguous comments from CEO Timotheus Hoettges (pictured above) that the German giant is open to discussing a mobile towers merger with a peer.

Talking about the operator’s tower assets during the online Morgan Stanley European Technology, Media and Telecoms conference on Thursday, Hoettges said he would “love to have an industrial partner and I'm willing to deconsolidate," reported Reuters, though DT would need strategic influence in any joint venture, particularly related to any future M&A activity.  “I prefer an industrial solution, but I always need two to tango... I'm open for partners," added the CEO.

A more clear invite to other major European towers operators could not have been issued, and Hoettges is likely to have some takers, though it should be noted that this is not the first time the DT CEO has issued such a statement – he said almost the exact same thing at the same event in 2019, though that was before the radical upheaval of the European towers sector, which has seen multiple major M&A deals such as the American Towers acquisition of Telefónica’s tower assets and the acquisition-driven growth of regional towers powerhouse Cellnex, as well as the recent formation of towers businesses by Vodafone and Orange.

It’s the latter three that look the most likely dancing partners for Deutsche Telekom’s current wholly-owned towers unit GD Towers, which currently comprises Deutsche Funkturm in Germany (about 32,800 sites and growing) and Magenta Telekom Infra in Austria, which has about 7,000 sites: It’s possible also that towers held by DT operations in Slovakia and the Czech Republic could be added, which would make GD Towers a highly significant partner to any of Europe’s players.

Cellnex, if it could stomach it financially, would likely be interested, as a tie-up with GD Towers would give it enormous scale and cement its position as Europe’s number one (it already has 90,000 operational macro sites in 12 markets): Importantly, Germany is the only major market where Cellnex doesn’t currently have any assets, an important point to consider from a competition authority approval standpoint.

Vodafone is also likely to come calling. Earlier this year it spun off its towers via an IPO to form Vantage Towers (in which it still holds a majority stake), which has 45,600 wholly-owned sites and about 36,000 co-owned sites in Italy (INWIT) and the UK (Cornerstone). Earlier this week, Vodafone Group CEO Nick Read, as part of the operator’s H1 results presentation, noted that the operator is “actively” pursuing bolt-on acquisitions and an “industrial merger” for the towers business, and even cited DT and Orange as potential partners, though like Hoettges he would not want to cede control.

But Vantage already has 19,400 sites in Germany – a combination with GD Towers would likely ring alarm bells with the competition authorities unless some significant concessions were made: If overtures are made, the devil could be in the details.

Orange, meanwhile, is a long-time DT partner and buddy and is keen to make its TOTEM towers unit, formed in February this year, a market leader, a designation it is currently some way from achieving, with 26,000 sites in France and Spain. But that lack of overlap with GD Towers and the existing relationship between the two carriers means that discussions are very likely.

If Hoettges is now serious about a towers combination – and it might not pay to wait any longer – then he has three strong potential partners that seem primed for such discussions.

Towers aren’t the only assets on the DT ‘to sort’ list, it seems. The past few days has seen speculation in the German press that the German incumbent is lining up the sale of part or all of its loss-making T-Systems division, which provides tech and comms services to enterprises in Germany and other markets, with initial talks already believed to have taken place.

And market-watchers are also waiting to see if DT plays a role in the current BT ownership saga: Deutsche Telekom currently owns a 12.06% stake in the UK operator but has been making regular noises about ‘weighing up its options’ for the stake since Altice, which is controlled by billionaire Patrick Drahi, acquired a 12.1% slice of BT in June and is now believed to be plotting a bigger role in BT’s future. That speculation has boosted BT’s share price by more than 20% in the past month to 166 pence on the London Stock Exchange, a price that values BT at £16.4 billion.

M&A rumblings appears to be the order of the day amongst Europe’s larger national telcos. In addition to the plans for Vantage, Vodafone CEO Nick Read has also been talking up the potential of much needed “in-market consolidation” to cut the number of players in crowded markets such as Spain (and even the UK!).

Meanwhile, Orange CFO Ramon Fernandez, also talking during this week’s Morgan Stanley TMT conference, stated that operator consolidation in France is a near certainty, especially once both Altice and Iliad are private companies. “I’m not saying that we are now on the verge of seeing something happening in France. But when the time will come, and inevitably it will come, it will be easier for these players to engage into discussions,” he said, according to this Reuters report.

And on a broader European level, Orange is hunting fixed line assets to acquire to bolster its convergence strategy, with Belgium looking like a prime market for such activity. (See Convergence strategy to drive more Euro M&A at Orange: Deputy CEO.)

And then there’s the brouhaha surrounding the potential on/off merger of TIM (Telecom Italia)’s FiberCop access division with Open Fiber, which appears to be the cause of never-ending stress in Italian and European regulatory and political circles.

This is a good time to be an M&A adviser with knowledge of the European telecoms services sector, it seems!