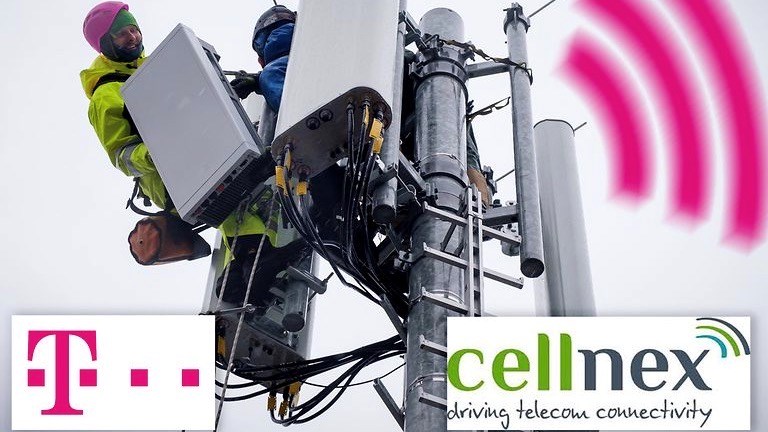 The move reflects two of the hottest trends in the European telecoms market right now: Capital investment in independent networking infrastructure that can be used by multiple companies (telcos, enterprises, anyone!); and the monetization of mobile towers assets by network operators, where the prevailing trend is to sell or spin off mobile sites.

The Digital Infrastructure Vehicle (DIV) is a new, independent investment company that aims to fund fibre, tower and data centre companies in Europe. Deutsche Telekom and Cellnex Telecom are the anchor investors in the fund.

Deutsche Telekom is transferring T-Mobile Infra BV, which operates its mobile towers in The Netherlands, to DIV, for which it will receive €250 million and a stake in DIV.

Cellnex is contributing €200 million in capital to DIV, which is also seeking additional institutional investors. Vicente Vento, the co-founder of Deutsche Telekom Capital Partners (DTCP), will head up the team of investment experts at DIV. “We have an exciting pipeline of projects,” noted Vento.

Second, what’s going on in The Netherlands.

DIV’s first investment act is to contribute T-Mobile Infra BV’s assets to a new independent mobile towers company called Cellnex NL, which is the largest mobile towers company in the country with a total of 4,314 sites – 3,150 towers and rooftop sites contributed by T-Mobile Infra, 984 that Cellnex NL had built, plus 180 sites in the planning stage. T-Mobile Netherlands will be an anchor tenant as the result of agreeing a 15 years-long service agreement.

"The agreement with Cellnex underlines the high value of passive mobile infrastructure,” stated Deutsche Telekom CEO Tim Höttges in the official announcement. “We are creating a leading tower company in the Netherlands, which should unlock synergies and accelerate our 5G rollout. At the same time, DIV opens an innovative way to finance telecom infrastructure in partnership with institutional investors," added Höttges.

The move comes only days after Telefónica announced it is selling its unit that owns and operates its towers in Spain, Germany and Latin America for €7.7 billion in cash. (See Telefónica sells its mobile towers division for €7.7 billion.)

Vodafone, meanwhile, has formed a standalone unit, Vantage Towers, and is planning an IPO in the coming months, while TIM (Telecom Italia) and Vodafone have already cashed in on their joint towers firm, INWIT, by selling a slice of the venture.

For Cellnex, its involvement in DIV and the Netherlands venture is a continuation of its aggressive investment and growth strategy that has included the recent €10 billion acquisition of Hutchison’s European portfolio, a deal that, once fully completed, will take its total site number in the region to more than 100,000 (including planned builds).

And it sees its involvement in DIV as a way of further expanding its empire: As part of the DIV formation agreement, Cellnex Telecom and DIV have agreed to team up on future transactions in the European tower sector “in which Cellnex will have the right to co-invest with a stake of 51%.”