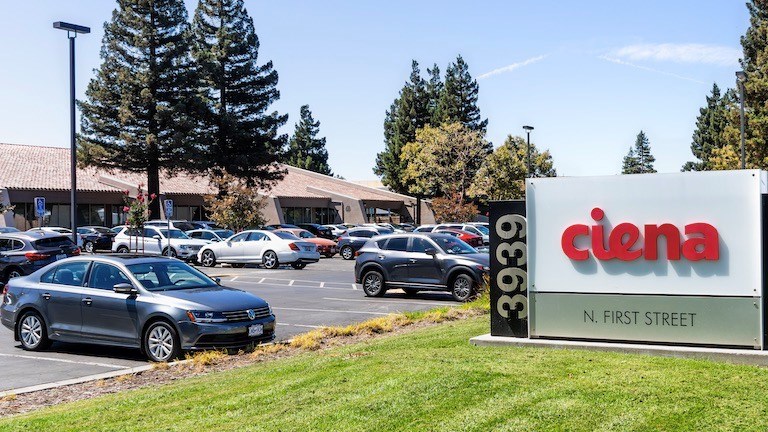 “Individually and together, Tibit and Benu will complement Ciena’s existing portfolio of solutions for broadband access use cases, including residential broadband, enterprise business services, and fixed-wireless access, which represent a significant addressable market for Ciena,” noted the vendor in its announcement about the deals. “In addition, the acquisitions will strengthen Ciena’s expertise in these areas, with the addition of a combined 60+ talented engineers with significant experience in access technologies,” it added.

The moves mark an acceleration of Ciena’s expansion towards the edge of the network beyond its traditional metro and long-haul data transport domains, and we’ll come back to that strategic shift later. But what exactly is Ciena bringing on board with these deals?

The acquisition of Benu, which has developed a range of software-defined edge network functions, including a cloud-native broadband network gateway (BNG) that boasts provider edge routing and subscriber management capabilities (authentication, authorisation and accounting), a 5G access gateway function (AGF) and a carrier-grade NAT (network address translation) platform, has already been completed for an undisclosed sum. Ciena’s key focus for the takeover appears to be the subscriber management functionality.

Since its formation in 2010, Benu had raised almost $90m from a range of investors including Spring Lake Equity Partners, Sutter Hill Ventures, Liberty Global Ventures and Comcast Ventures.

Benu’s technology has already been deployed by US cable operators Comcast, Cox Communications and Mediacom, US telco giant Verizon, UK operator Virgin Media O2 and cable operator Telecentro in Argentina. Its cloud-native BNG was shortlisted by a group of telcos – BT, Deutsche Telekom, Telecom Italia, Telefónica and Vodafone – that issued a request for information (RFI) via the Telecom Infra Project (TIP) last year: It’s worth noting that while the other shortlisted virtual BNG software specialists were Altran, Casa Systems and RtBrick, Ciena was identified as “one to watch” – see Eight vendors make TIP group’s OpenBNG RFI shortlist.

The acquisition of Tibit Communications is set to be completed at some point in Ciena’s current fiscal quarter, which closes at the end of January 2023. Ciena has been an investor in Tibit since its initial round of funding in 2016 and is already its largest single shareholder: It is acquiring the slice of Tibit it doesn’t already own in a $210m cash deal.

The PON technology developer’s most recent round of funding was its Series C in June this year, when it raised $30m from existing investors Liberty Global, Swisscom Ventures, Intel Capital, Juniper Networks and Solasta Ventures, as well as Ciena. It has raised about $85m since it was founded in 2014.

Tibit is essentially a fibre access broadband equipment vendor for the disaggregated networking era. It has developed small PON transceiver modules that can be plugged into high-end Ethernet switches, enabling network operators to deploy 10 Gbit/s fibre broadband services more quickly for residential, enterprise, backhaul and wholesale services than if they had to deploy traditional chassis-based FTTx systems.

“The global PON market is growing at a rapid pace and this acquisition will provide the opportunity to take Tibit’s differentiated products to market at scale through Ciena’s extensive service provider customer base,” noted Edward Boyd, vice president of engineering and CTO at Tibit.

Indeed, global spending on broadband access equipment (FTTx, DSL and cable broadband products) ramped by 12% year on year in the second quarter of 2022 to $4.5bn, driven largely by the increasing levels of spending by network operators on PON systems, according to research house Dell’Oro Group. “Operators in Europe, China, and south-east Asia increased their spending on PON equipment, offsetting some seasonal slowness in North America,” noted Jeff Heynen, Dell’Oro’s vice president of broadband access and home networking in this announcement. “The transition to fibre is clearly a worldwide phenomenon, no longer isolated to just a handful of countries,” he added.

The acquisitions are the latest steps on what Ciena believes are two growth paths for the company.

As fibre access network investments have increased and become more widespread, Ciena has been edging its way closer to the access portion of the network and has been offering optical line terminal (OLT) and customer premises optical network terminal (ONT) products for several years, initially identifying an opportunity in the US cable operator market as that sector started to deploy fibre as well as its traditional coax cables.

And Tibit has played a significant part in that development as Ciena’s PON push has been based at least in part on Tibit’s technology – Ciena is, in fact, Tibit’s latest customer. Once the deal closes, Ciena will have total control over Tibit’s strategy and R&D (research and development), and be able to further develop its fibre access network ambitions.

The Benu acquisition gives Ciena an extra string to its broadband bow but it also highlights how Ciena is now much more than just an optical hardware company. It has had the Blue Planet orchestration software as part of its mix for some years, of course, but it has been ramping up its non-hardware portfolio in recent years, and in 2021 acquired AT&T’s virtual routing and switching unit to add to its its Adaptive IP portfolio, which comprises slimmed down, less feature-heavy routing stacks that can run on general-purpose compute platforms and be combined with optics and software, including the Blue Planet orchestration and automation tools.

Elements of the Benu acquisition further feed into this portfolio, which is growing. Here’s what Ciena CEO Gary Smith had to say about the Adaptive IP business, and indeed the PON sector, when the vendor reported its fiscal third quarter results in late August:

“In the third quarter, we added 25 new Adaptive IP customers, bringing the total to nearly 200, as customers continue to seek alternatives to many traditional legacy IP vendors. Of those new customers, many were wins in key new areas, including 5G xhaul, cell site routing, residential broadband, and in enterprise with the universal CPE SD-WAN solutions. Of particular note is the momentum with our Universal Aggregation and PON solution, where our customer count has grown significantly this year and we are now expanding globally.”

In that quarter, Ciena reported routing and switching revenues of $100.7m, up by more than 40% year on year.

Also in that quarter, Ciena’s headcount increased by about 500 employees just during that three-month period, with many of those new employees hired for sales and R&D roles related to routing and switching.

What this point to is a company with an annual turnover of around $3.5bn that has a very strong position in the very hardware-centric world of optical networking that is branching out and broadening its revenue potential through a disaggregated, pluggable module approach to PON and a software-centric, white box approach to routing and switching that is increasingly finding favour with network operators.

In many ways, Ciena’s M&A activity is a sign of the times.