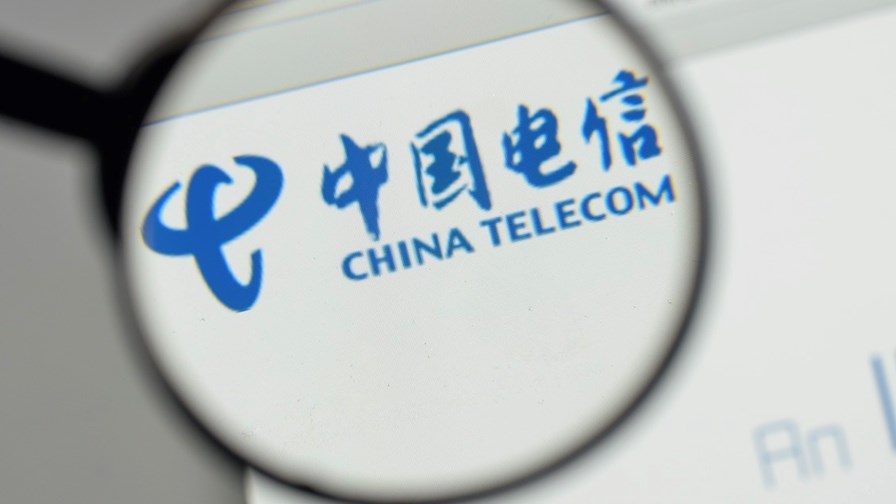 China Telecom signed up almost 44 million additional customers to its 5G package during the first half of this year, taking the total at the end of June to 231.7 million – more than 60% of its entire mobile customer base of 384.2 million, according to statistics shared in its latest earnings report. But it’s still some way off the market leader, China Mobile, which boasts 970 million mobile customers, of which 511 million have signed up for 5G packages, according to its recent financial report.

Malaysia’s major mobile operators have reportedly agreed to split a 70% equity stake in state-owned operator Digital Nasional Bhd (DNB), which will implement a single wholesale network (SWN) model for 5G deployments. Local newspaper Malay Mail claimed that a total of six companies have confirmed they will take up shares in DNB: Celcom, DiGi, YTL, Telekom Malaysia, Maxis and U Mobile. They are said to be involved in talks regarding the payments they will need to make to have access to 5G spectrum, with a deadline of 31 August for agreeing the terms of the deal. Malaysian finance minister Datuk Seri Tengku Zafrul Abdul Aziz has reportedly said there is also interest from foreign telcos looking to enter the market and that it would be difficult not to grant them permission to operate because of the potential for lowering the price of services for consumers. Despite this, the official was cited as saying that the government will give the domestic telco companies an opportunity to keep leading the market “as they have invested so much” – that is to say it will support them by letting them be the first to grab a portion of 5G spectrum. Read more.

Verizon Business has struck a deal with Japanese photography and technology conglomerate Fujifilm that will see it deploy cybersecurity monitoring and cyber intelligence capabilities across the company’s operations. As part of the collaboration, Fujifilm will have access to daily threat-intelligence feeds and be able to contact security engineers and analysts who will be tasked with monitoring its global remote environments 24/7. According to the US telco, the move will allow Fujifilm to establish a cloud-centric infrastructure architecture with a zero-trust security framework. The partnership comes amid repeated warnings about the rise in cyberthreats as businesses adopt a working-from-home culture. Verizon has, in fact, been one of the most vocal telcos, recently issuing disturbing data showing that ransomware breaches have jumped by 13% in the past year – a higher rise than the past five years combined. It has also found that major cyberattacks involving a mobile or internet of things device and resulting in data or system downtime have increased 22% in the past year. Other telcos have also noticed the rising number of online threats and are increasingly focused on providing managed security services to their business customers – see Telcos and DSPs worldwide sharpen their focus on enterprise cybersecurity.

Little more than 15 months after its IPO on the London Stock Exchange at a price of 250 pence, AI-enabled cybersecurity specialist Darktrace has confirmed it is in early takeover discussions with private equity giant Thoma Bravo, but noted that there is no certainty that any offer will be made. The news sent the British security specialist’s share price soaring by more than 20% on Tuesday to 500 pence, giving it a market valuation of more than £3.3bn. Darktrace’s AI algorithms can detect patterns in network activity and identify or anticipate security threats and are used by large enterprises and network operators, such as BT, that offer cybersecurity services.

That news came as Thoma Bravo was offloading Barracuda, “a cloud-first provider of cybersecurity solutions for small and medium-sized enterprises,” to another private equity firm, KKR. Thoma Bravo said financial details are not being disclosed, but according to PE Hub the deal was valued at about $4bn. Barracuda’s product portfolio includes SD-WAN, secure access service edge (SASE) and industrial IoT security support.

Enterprise-focused US communications service provider Lumen Technologies (which back in the day was known as CenturyLink), has long been focused on developing an extensive edge facilities and services offering, and it’s now expanded that further with the launch of Lumen Edge Virtual Machines (VM), “giving businesses access to on-demand compute, storage, and secure networking, to run their next-generation applications with high performance and at scale.” The service is based on “shared, multi-tenant servers hosted in Lumen edge facilities for customers to create virtual machines on-demand for adding, updating, and deleting workloads and applications.” Read more.

Test and measurement giant Viavi Solutions has launched its 6G Forward programme, through which it aims to support 6G academic and industry research worldwide. According to the company, the programme is “designed to provide vital expertise, technology, and funding to promising avenues of research, which may lead to breakthroughs for the next generation of wireless technology,” and is already underway with initiatives at three universities – Northeastern University and the University of Texas at Austin in the US, and the University of Surrey in the UK. Read more.

Apart from rendering the future of Twitter uncertain, billionaire Elon Musk appears to have had a financial effect on the social media company too. Investment management company Elliott Investment Management, which was one of the largest shareholders of Twitter, reportedly sold its equity stake in the platform during the second quarter of 2022. This is around the time Twitter’s share price experienced turbulence over the infamous proposal by Elon Musk to take over the company for $44bn. Reuters reported that a filing to the US Securities and Exchange Commission shows that as of 30 June, the hedge fund no longer owns stock in Twitter; at the end of March, it held 10 million shares. According to the news agency, Twitter’s share price has seen some $7 wiped off its value since Musk’s offer was made in April. The company’s share price dropped when the billionaire entrepreneur attempted to back out of the deal in July. Elliott Management began investing in Twitter in 2020 and repeatedly called for its then CEO Jack Dorsey to step down (which he eventually did in November 2021).

Vodafone Ghana has announced plans to expand its network by deploying a total of three hundred 4G and 3G new sites across the country by the end of October. The move represents a 30% increase of its network capacity and is driven by an aim to create “an inclusive digital society”, the company said in a Twitter post. Speaking to local media Peace FM Online, it added that more than half of the work on the deployments has already been completed and that it is boosting the capacity of existing sites to meet growing data demands. The network expansion comes as reports claimed Vodafone has agreed to sell its Ghana unit to African operator Telecel. Further media speculation suggested the sale is facing a regulatory block, but the National Communications Authority of Ghana dismissed the rumours. It does, however, consider that “the request did not meet the regulatory threshold for approval to be granted”, meaning that it is still not convinced the sale should go ahead.

In a notable contrast to the global trend of a suffering smartphone market due to inflation and supply chain issues, sales in Latin America seem to be on the rise. According to estimations by Counterpoint Research, smartphone shipments in the second quarter of 2022 have seen a year-on-year increase of 9%, although the research company failed to announce actual figures for the amount shipped in the period. What’s more, Samsung’s market share hit an all-time high in the region, taking up 43.5% of the pie compared with 34.8% for the same period of 2021. A rise in shipments was also booked by Xiaomi and Apple. But, Counterpoint Research principal analyst Tina Lu explained: “The shipments didn’t match consumer demand, resulting in a record-high inventory, especially for Samsung and to a lesser degree for Xiaomi”. Find out more.