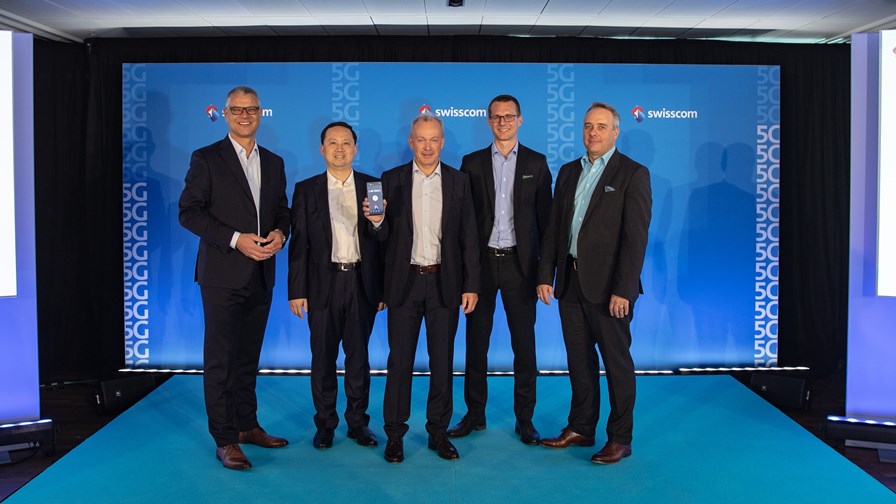 Swisscom on Wednesday gave a near-perfect example of what I have decided to call an infinite monkey theorem of 5G announcements. That is, given enough time (and spectrum), the probability of a mobile operator launching a 5G network equals one.

In case it wasn't clear from the very subtle headline and bullet points, Swisscom hasn't launched its 5G network yet; its licence still awaits the official rubber stamp, so it can't. But it will. Soon.

OK, so it is a little unfair to single out Swisscom for such treatment. It is by no means the only telco guilty of hyping up what is effectively a short-term 5G to-do list.

Also, in Swisscom's defence, it has shared some new information: it will range its first 5G smartphones, produced by LG and China's Oppo respectively, in May. It will follow that up with Samsung and Huawei handsets in Q3.

In addition, it plans to launch 100 5G sites in 50 locations nationwide throughout the year, promising coverage in cities, the countryside, and even up mountains.

But it is the misleading way in which the information was presented in the official press release that has set my eyes a-rolling:

"Until now, 5G remained purely theoretical for residential customers as there was no end devices and no possibility to use 5G technology and its advantages. Now, the wait is over," Swisscom said.

Unless of course they're one of the lucky few customers of Swisscom rival Sunrise that has been given access to its 5G fixed-wireless broadband service, which went live last week (PDF). It wouldn't be fair to call Sunrise's 5G FWA service a fully-fledged commerical launch either; it's a soft launch. But it can lay claim to having residential customers using its 5G service. I doubt that's what Swisscom was referring to though.

Anyway, I'm sure that when Swisscom's 5G network does go live, it will get due recognition. From what I can decipher from today's cryptic announcement, it could be just around the corner. Probably.