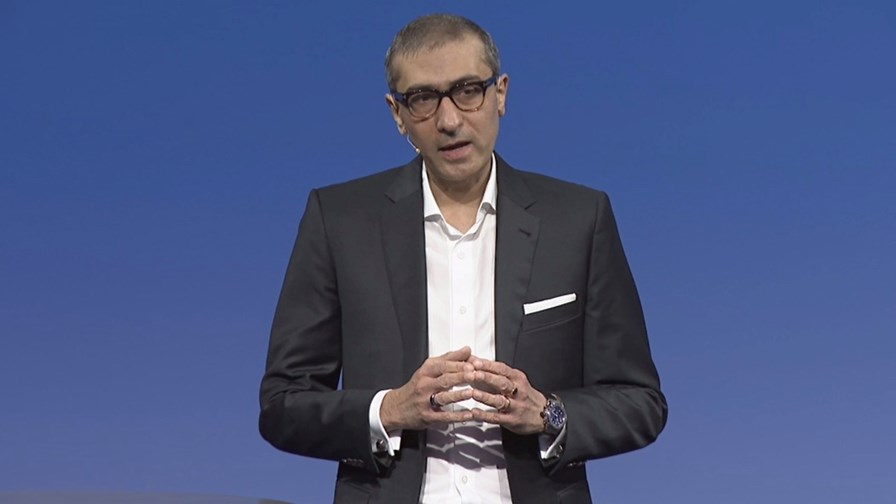 Nokia put a brave face on its second quarter results today as it reported an 11% year-on-year decrease in revenues to €5.1 billion. That’s not a good look for any company, but there were enough silver linings in the details to counter that slump and help CEO Rajeev Suri (above), who leaves the company today, avoid an embarrassing exit.

The main bright spot for the vendor is that its margins are improving (an operating margin of 3.3% compared with -1% a year ago) and it reported a small net profit for the three months to the end of June compared with a loss a year ago. In addition, it revised its full year outlook upwards, forecasting earnings after one-time and restructuring costs of €0.25, up by 2 cents. This was enough to light a fire underneath Nokia’s share price, which shot up by 15% to €4.12 in morning trading on the Helsinki exchange.

Even with that leap, Nokia’s market value has eroded by more than 20% since Suri took over as CEO of the whole company in May 2014.

What he leaves his successor is a company that is clawing its way back in 5G after a disastrous start (its use of expensive FPGA components cost it dear), has a decent position in the important telecom software market, and which has made the somewhat ballsy move to step away from the radio access market in China, where Nokia thinks the pricing is so low it would damage the company to participate (its European rival Ericsson is still playing in that market).

That exit from the Chinese RAN market partially explains the lower year-on-year sales. The other main impact is from the Covid-19 pandemic: Nokia estimates that about €300 million of sales were delayed (but the majority not lost) in the second quarter due to the impact of the pandemic.

But even stripping away such factors, Nokia still looks somewhat fragile: It notes in its earnings report that it now expects to “underperform our primary addressable market,” whereas previously it had expected to perform in line with the market. Competition is set to increase in its key RAN market as operators seek to diversify their supply lines and companies such as Samsung gain more traction, though Nokia must surely be in line to pick up some of the business that Huawei looks destined to lose in various markets such as the UK. In addition, it has positioned itself to pick up business in the market for open RAN systems in a way its main rivals have not. (See Nokia opens up its 5G RAN menu.)

In the 5G market, where it now has 83 commercial deals, Nokia says that (excluding China) it is transferring all of its 4G customer engagements to 5G engagements and it continues to base an increasing percentage of RAN shipments on its own Reefshark system-on-chip (SoC). That percentage should reach 35% by the end of the year. Nokia is proud of this progress, as President of its Mobile Networks division Tommi Uitto points out in this new blog.

Its Software business (home to its cloud native platform and 5G core, NFVi, OSS/BSS and more) has decent prospects but lacks consistency: After a positive start to the year, its sales dipped 12% year-on-year to €597 million and even declined 2% compared with the first quarter.

The full results can be found in this Nokia announcement.

Now it is Pekka Lundmark’s turn to take the CEO reins: His tenure begins tomorrow. Suri thanked all and sundry in his earnings report message, especially the Nokia staff.

Those employees will all now be wondering what happens next, as it’s rare that for a new CEO to simply adopt the strategy of the departing chief. Lundmark appears to have already made his mark on the top executive team, as a new CFO is on his way in and a long-time Suri supporter, head of strategy and the enterprise unit, Kathrin Buvac, jumped ship in May.

Over to you, Pekka.