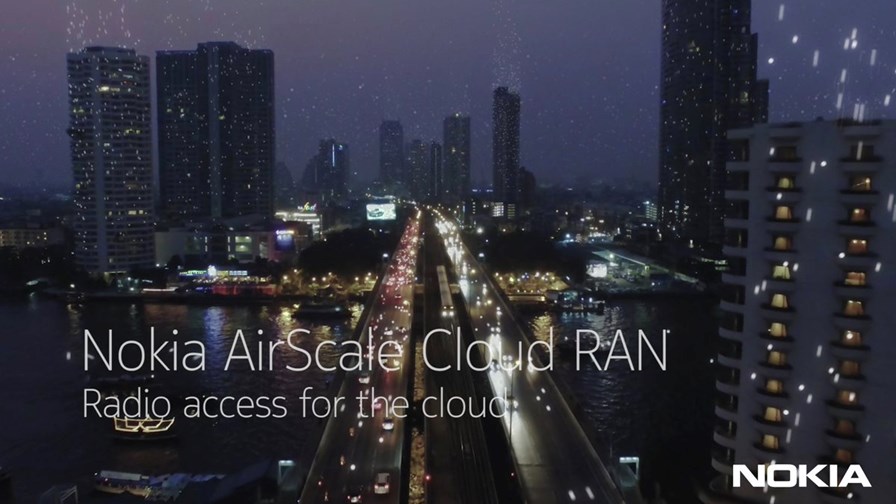 Nokia has cemented its commitment to a future that includes open, disaggregated 5G radio access network (RAN) deployments by announcing a timeline for the commercial and general availability of its Cloud RAN elements, which not only embrace virtualization but also disaggregation (the two don’t always go together).

The Finnish vendor announced that its 5G AirScale Cloud RAN solution, which is based on its vRAN2.0 elements, will be commercially available this year and become generally available in 2021. Importantly, 5G AirScale Cloud RAN“has been architected for Open RAN (O-RAN), splitting the base station into Radio Unit (RU), Distributed Unit (DU), Radio Access Point (RAP, a combination of RU and DU), Centralized Unit (CU), and O-RAN compliant interfaces between these elements. It also includes the RAN Intelligent Controller (RIC) concept to take advantage of Artificial Intelligence (AI), Machine Learning (ML) capabilities to optimize the radio and system performance.”

You can find the full details in this extensive press release, where you will note that Nokia buries its Open RAN details at the foot of the release, which is interesting in itself seeing as how it is a long time Open RAN fan and public supporter: Open RAN is an increasingly important option for operators, but Nokia isn’t promoting that particular angle in this announcement – but we’ll come to that…

Overall, though, this looks like a smart move, because it sets Nokia apart from its main rivals, particularly Ericsson and Huawei. By offering not only cloud RAN options but also Open RAN functionality in addition to its traditional, integrated ‘closed’ portfolio of tried-and-tested mobile network elements, Nokia has a broad menu of RAN options for any mobile operator. With a single vendor relationship, an operator could opt for ‘closed’ RAN systems in its prime urban markets, where it absolutely needs the optimum performance and reliability, while also opting in some areas to deploy a cloud RAN architecture, using a full suite of Nokia elements, and/or in other areas deploy a disaggregated, Open RAN system using some Nokia elements with the option to use some ‘best of breed’ elements from other suppliers. In that instance, and to keep the number of relationships to a minimum, an operator might also decide that Nokia makes for the best systems integrator option (fewer throats to choke).

All in all, such a portfolio, while including some risk in terms of cannibalization, enhances Nokia’s opportunity to be the key RAN partner for a mobile operator – it can cover all options with one company. Ericsson, meanwhile, is much more cautious on Open RAN (it is biding its time and is certainly not as committed as Nokia in terms of portfolio development or marketing), while Huawei is essentially antagonistic to disaggregated options.

The closest alternative to Nokia in terms of 5G RAN options is Samsung, which commands fewer operator relationships and which has not yet outlined a roadmap as detailed and extensive as Nokia, but that may change in time: Of the companies landing significant 5G RAN deals, Samsung is the closest in cloud/Open RAN ‘spirit’ to Nokia.

Gabriel Brown, Principal Analyst – Mobile networks & 5G, at Heavy Reading says Nokia is unique amongst its peers in having “an open cloud RAN portfolio announcement with an indication of general availability… in that sense it is interesting and important,” and noteworthy that the portfolio includes a virtual baseband unit (BBU) as “in theory the BBU could be delivered in dedicated hardware,” notes Brown.

The Open RAN compliance is also interesting, but Brown believes Nokia is probably not shouting quite as loud about that right now as what it has to offer is a full suite of disaggregated Nokia elements. However, “it’s significant that the architecture is O-RAN compliant” in principle, as that opens up the option of a multivendor deployment.

The big test there, of course, is when (or if) an operator decides it wants to deploy an Open RAN-compliant access network with some Nokia elements mixed with tech from others…

Brown also points to the 5G nature of Nokia’s announcement: The Open RAN specialist vendors, he notes, focus currently on 4G/LTE and backwards compatibility with 3G and 2G, with 5G support coming later.

Nokia’s announcement also looked even further forward: While the vendor’s current cloud RAN elements have been tried and tested on various off-the-shelf x86-based server systems with some Intel hardware acceleration technology where needed, it also notes that it has been exploring the “potential of using Graphics Processing Units for hardware acceleration, and Nokia expects these ‘vRAN3.0’ solutions to become mature in 2022.” While Intel has developed GPUs, that also opens the door for NVIDIA to be the underlying processor option for supporting Nokia cloud RAN deployments.

Brown notes that GPUs are also in Ericsson’s roadmap: It announced a collaboration with NVIDIA on virtualized 5G RAN developments in October last year.

So Nokia looks to have it bases covered. If demand for Open RAN is ultimately strong, and operators are not overwhelmed with integration problems and costs, then Nokia is well placed to grab some market share, but if it fails to make much impression beyond rural or Tier 3 deployments, then Nokia has a portfolio to meet all needs. And the company has been working on fine tuning these capabilities, developing the portfolio and including cloud and Open RAN in its strategy for some time now, so it looks better placed to capitalize on alternative opportunities than its nearest rivals.

Nokia has had some well documented issues with its 5G RAN portfolio that has set it back in terms of deployments and margins, but with open cloud RAN as part of a broader menu of radio access options it has a chance to lead the way.