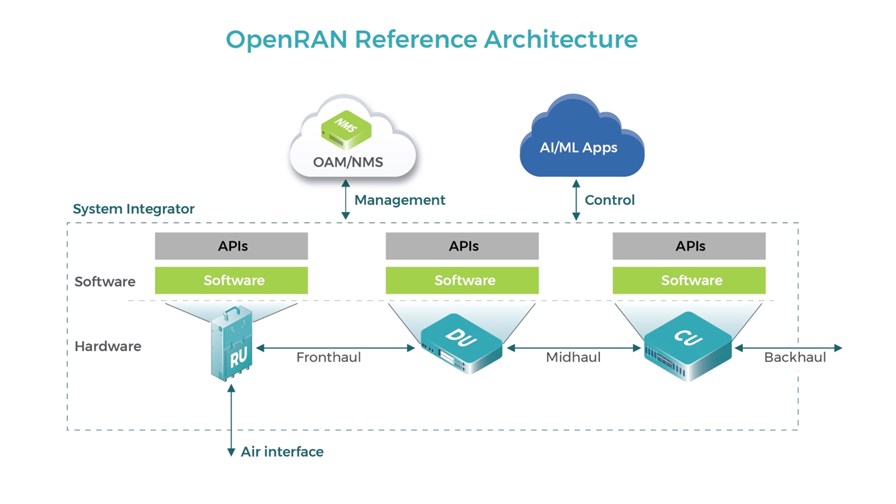 Vodafone and respected industry research house Dell’Oro have given the growing open RAN community further cause for optimism in recent days, with various Vodafone executives providing some positive feedback on existing trials and hinting at urban tests within a few years, while the team at Dell’Oro has suggested it expects the open RAN technology market to be worth billions of dollars within the next four years.

But... it’s still early days for the open RAN market and the hurdles that need to be overcome to create a market with scale and impact are very high.

And that’s a concern because the operator community can’t wait forever – it needs systems that are more flexible and cost-efficient to try and meet the impact of 5G traffic volumes, plus there is an increasingly short-term need for greater vendor diversity: The radio access network (RAN) market was already quite concentrated, with Ericsson, Huawei and Nokia already accounting for about 80% of the market, but with Huawei increasingly being squeezed out of multiple markets, operators as desperate not to be at the mercy of the Nordic vendors while the likes of Samsung and NEC develop their portfolios. Huawei’s gear will be around for a while yet, but the clock is ticking – open RAN vendors need to be viable alternatives within the next five years if they are to help solve mobile operator challenges.

The major operators know this, and have been putting more time and effort into trials and in pushing the market uphill.

Vodafone has been one of the most vocal supporters of open RAN technology in the past few years, launching trials, encouraging the market with RFI opportunities and playing an active role in influential industry bodies – for example, the operator’s Head of Group Network Architecture, Santiago ‘Yago’ Tenorio, is Chairman of the Telecom Infra Project (TIP), where the Open RAN project group is one of the key programs.

Tenorio noted during a recent Light Reading webinar that some of the results from its initial trials – it has had live traffic running over open RAN infrastructure in Turkey for the past year – were very encouraging and even, in some cases, delivering better metrics than incumbent technology.

Separately, Vodafone CEO Nick Read noted during the investor call following the operator’s recent trading update that, given the uncertain situation around the use of Huawei as a radio access network (RAN) technology supplier in certain markets, “we want more diversity and also we want vendor balancing… [to] not rely on any one vendor.” As part of that desire for diversity, Read noted that the operator was on course to have a rural open RAN deployment “ready for 2021” and an urban open RAN, “which is a more complex execution,” by 2022.

Then, in comments made during a UK defence committee parliamentary session earlier this week, which was examining the security of 5G network rollouts and the (disappearing) role of Huawei, Vodafone UK CTO Scott Petty noted that open RAN gear may be ready to use at “some scale” in rural areas in the UK by 2023 and in suburban and urban areas by 2025, and namechecked Samsung as a vendor that could play a role in such deployments.

But such deployments would only be part of the eventual broader RAN technology mix: Swapping out Huawei RAN gear in the UK, which Vodafone now has to do by 2027 to meet the latest government guidelines, could only realistically be done with equipment from Ericsson or Nokia. About a third of Vodafone UK’s RAN is currently supplied by Huawei.

In addition, Petty noted how new the open RAN technology is and how there is very little experience of commercial deployment: There’s a lot of testing and validating to be done, he noted.

Such caveats are regularly mentioned, and with good reason, though at the same time the operators are confident that, in time, open RAN technology will be a viable option for their networks. Tenorio noted during the recent webinar that there is the potential for the total cost of ownership (TCO) of open RAN deployments to go below what is currently possible with existing network architectures, though there is a lot of work still to be done on developments such as TIP’s Evenstar, which aims to develop a Remote Radio Head (RRU) for use in open RAN deployments at a unit cost of about or below $1,000, as explained here by Keith Dyer of The Mobile Network.

Tenorio also noted on the webinar that TIP was now also turning its attention to developing a reference design for a distributed unit (DU) “targeting cost and performance.”

The Vodafone executive says there are operators in all regions trying out open RAN systems and a rapidly growing interest in the potential of open RAN among operators. The most recent examples are in Indonesia and Africa. (See Indonesian operators prep open RAN tests, trials and Orange puts Open RAN to work in Africa.)

The technical developments, growing interest and the need among the operator community to have a more diverse supply chain for their RAN needs is all pointing to a growing market, one that the team at Dell’Oro has suggested could be worth billions of dollars per year within a few years.

In its recent assessment of the global RAN market, Dell’Oro predicted that the annual market for RAN technology could be worth as much as $200 billion over six years from 2019, growing during the next few years and then flattening out. Even at a flat average per year, by 2023 or 2024, the market is set to be worth at least $35 billion. It also noted that it had “adjusted the Open RAN projections upward, with Open RAN now approaching a double-digit share of the overall RAN capex by the outer part of the forecast period.”

Taking “approaching double-digit share” to be at least 8%, that would put its projected value of the open RAN technology market in the region of $2.8-$3 billion by 2023 or 2024 – not huge in terms of total global telco capex, but decent enough for those that can build a market leader position. (Note that Dell’Oro is now planning standalone analysis of the open RAN market, breaking it out from its aggregate RAN research.) [Note, 18 August: The projected value of the annual open RAN market has been revised down from the $3.2 billion figure originally published due to a maths error by this editor.]

Of course, with disaggregated networks, the pie gets split a lot of different ways, but this looks big enough to be the catalyst for further R&D investment by the existing players such as Parallel Wireless and Mavenir and function specialists such as Cohere Technologies, which is developing channel detection, estimation and prediction technology for beamforming that can run as software on a real-time RAN Intelligent Controller (RIC) in an open RAN deployment.

But a lot needs to happen in the next few years for open RAN to become viable. The technology needs to improve in terms of reliability, performance and scalability and it needs more support from the component ecosystem. The cost of the elements needs to come down to help reach the technology price levels the likes of Tenorio are aiming for.

And perhaps the biggest challenge of all, it needs to be proven that deploying an open RAN network will not be a costly, painful integration and management exercise. The large operators have the resources to be their own systems integrator (and that doesn’t come for free) but most companies that deploy open RAN technology, whether a telco or large enterprise or a new entrant, will need integration help.

The SI community is licking its lips at the potential and are currently displaying a concerning level of arrogance at just how tricky it will be to manage a new type of disaggregated multi-vendor environment at a price point, and with SLAs, that can meet the economic targets that open RAN promises.

As with the telco cloud in general, the big danger for operators is that they swap vendor lock-in with SI lock-in, which would not help with their desire to be more efficient and nimble.

Tenorio says TIP is working on this by developing blueprints and deployment models that will enable pre-integration and shared experience of how best to manage such networks. It’s also constantly expanding its remit and areas of R&D focus: Just today, another new development sprung up in the TIP OpenRAN 5G NR project group, focused on RAN Intelligence and Automation (RIA).

In the meantime there is undoubtedly growing support from major operators – as well as Vodafone, Deutsche Telekom and Telefónica, the likes of Bharti Airtel, Etisalat, KDDI, MTN, MTS, NTT, Sprint, Telia, TIM (Telecom Italia) are all members of TIP while multiple operators outside of the TIP community are testing open RAN options, according to Tenorio.

The momentum is there, but it’s going to take a monumental effort to take open RAN from a side show into the mainstream.