Game on: Huawei sues the US government 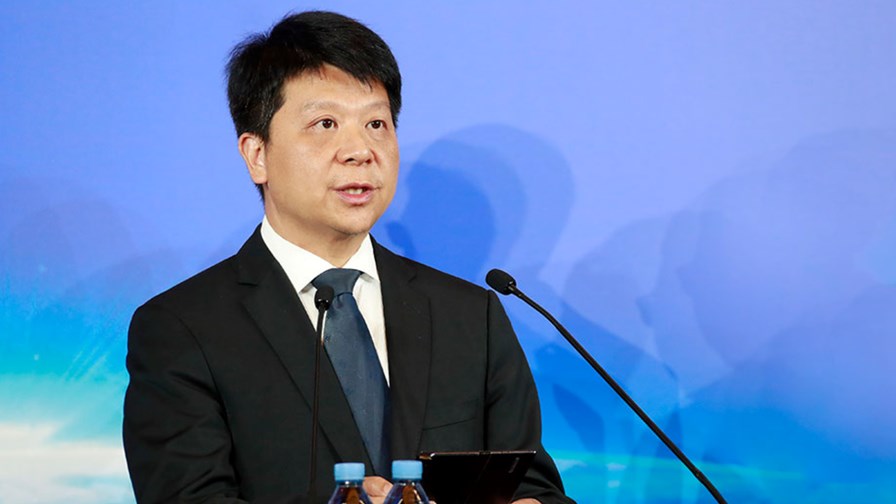 “Today, Huawei announced it has filed a lawsuit against the US government, to challenge the constitutionality of Section 889 of the 2019 National Defense Authorization Act (NDAA),” said Guo Ping, rotating Chairman of Huawei (pictured above) at a press conference in Beijing earlier today. “Huawei seeks remedies including a declaratory judgment that the restrictions targeting Huawei are unconstitutional, and a permanent injunction against these restrictions.”

And so the fightback begins. After a spirited presence at MWC in Barcelona, with a crowd-pleasing keynote and a deluge of press release, Huawei is now going legal. It filed its lawsuit with a US District Court in Plano, Texas (yes, the infamous “rocket docket” Eastern District of Texas, beloved of many corporate lawyers), arguing that Section 889 of the 2019 NDAA is based on numerous false, unproven, and untested propositions.

“Contrary to the statute's premise, Huawei is not owned, controlled, or influenced by the Chinese government,” said Song Liuping, Huawei's Chief Legal Officer. “Moreover, Huawei has an excellent security record and program. No contrary evidence has been offered."

Huawei contends that the NDAA restrictions prevents the company from providing 5G technologies to US consumers, which will delay the commercial application of 5G, in turn, impeding efforts to improve the performance of 5G networks in the US. It extrapolates its argument further by claiming that users in rural and remote regions of the US will be forced to choose between “government funding and high-quality, cost-effective products”, impeding the network upgrade process and widening the digital divide. It adds for good measure that the restrictions ”will stifle competition, leaving US consumers paying higher prices for inferior products”.

Huawei quotes estimates from unspecified industry sources that conclude that allowing Huawei to compete would reduce the cost of wireless infrastructure by between 15 and 40 per cent. This would save North America at least $20 billion over the next four years.

As well as denying any wrong-doing, Guo Ping alleges that the US government “has hacked our servers and stolen our emails and source code” and that the US government “is sparing no effort to smear the company and mislead the public about Huawei”, adding that it is also “trying to block us from the 5G markets in other countries”.

“Is it afraid that other countries may catch up to and overtake it using our advanced 5G technologies?” Guo Ping asks, somewhat mischievously.

Huawei is also reminding the world that ICT products are built from a collection of components sourced from other vendors. “The name on the box does not detail who made the components in the box,” said John Suffolk, Global Cyber Security and Privacy Officer for Huawei. “The product may have Huawei’s name on it but typically only around 30 per cent of the components are from Huawei.”

He added “This is true for other companies such as European telecommunications vendors where some of its equipment is made in China, through joint ventures with Chinese Government-owned entities, with components purchased from Chinese companies, and this so-called European technology is pervasive across the US.”

Yang Chaobin, president of Huawei’s 5G Product Line, took the opportunity to quote Neil McRae, BT’s Chief Architect, when he said "Huawei is the only true 5G supplier right now" and Ibrahim Gedeon, CTO of Telus, saying Huawei’s presence in the market could “drop prices by 15 per cent at least”. Yang Chaobin also had a pop at AT&T and “its so-called 5G network” by comparing the US telco’s 200Mbit/s with Korea’s LG U+ Huawei-enabled speeds of 1.3Gbit/s.

“We are at least 12 to 18 months ahead of our industry peers,” added Yang Chaobin.

Huawei says it is compelled to take this legal action as “a proper and last resort”. Unfortunately for all concerned, it won’t be the last we hear.