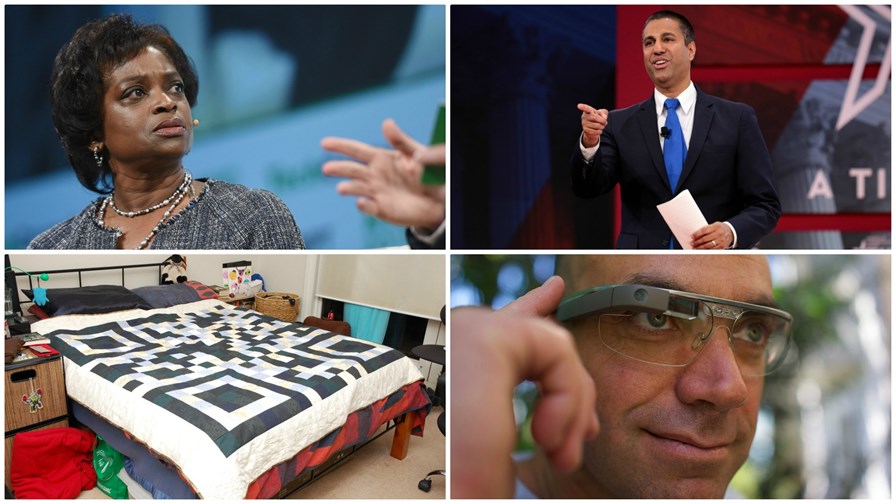 Feast your eyes on this news pottage of fusion cuisine from across the globe. so disparate it’s a struggle to find any connecting threads

If Joe Biden becomes US president - an increasingly likely scenario - it could  start another phase in the net neutrality saga. With a Biden win,  Pai will likely resign as chairman of the FCC, say observers, in which case Biden will most probably appoint one of two well-qualified women to the chair. Either Mignon Clyburn, former commissioner and one time acting chair of the commission, or commissioner Jessica Rosenworcel, a strong advocate for net neutrality. Restoring net neutrality is a solid part of the Democrats’ programme should they win, but there’s a good chance that both potential FCC chair candidates will be keen to establish FCC authority over broadband first and foremost. Diving back down the legal rabbit hole to specifically reinstate net neutrality might be put on the back-burner, while regaining authority over broadband may provide enough of a lever to narrow the digital divide -  the key democrat policy objective. That’s because net neutrality has been argued to a standstill. Repealing it has not been any sort of boost to broadband network investment despite FCC claims to the contrary. At the same time, the lack of net neutrality regulation has not so far seen the egregious commercial ISP behaviour expected by the pro-neutrality brigade. So there may be a patch of scorched earth in no-man's land upon which the empathetic Mr Biden and his FCC can set up camp.It could be that net neutrality regulation (hated by many) is best held in reserve to ensure good behaviour. Here’s a recent take on the state of play illustrating the legal thicket the net neutrality argument has built for itself.

QR codes - which enjoyed a brief moment in the sun in the UK and Europe about 10 years ago - have done rather better in China and much of Asia where they’re used as a method of payment, reports the GSMA. So it decided a report was in order. It found that in 2018, annual Chinese mobile payments (business and consumer) hit US$ 41 trillion, 30% of which ($13 trillion) were from QR Code payments via major players like Alipay and WeChat Pay. Both of those companies are building on their domestic success and are spreading the approach across borders in Asia, with South America and Africa both . The GSMA calculates that for 2020, combined, Japan, South Korea and India will account for $348 billion of annual digital payment transactions, with 715 million users.  Both South America and Africa are attracting customers where lack of  infrastructure for point of sale payments are making QR codes a nice fit, being as they are a convenient, contact-free payment system. Read the GSMA’s PDF report

According to  German website EURACTIV.com, the German government has given an insight into its forthcoming approach for regulating the ‘platform economy’ as part of the EU’s Digital Services Act and Digital Markets Act, both set to be unveiled by the European Commission in December. Armin Jungbluth, head of the digital services division in the German Economy Ministry is reported as saying that the government was in favour of  clear obligations and prohibitions on certain  unfair trading practices, adding that it’s important to have a set of “clearly defined quantitative or qualitative criteria” to assess which platforms will be subject to these obligations and prohibitions. “the most difficult first step” for the EU executive will be defining what a ‘gatekeeper platform’ actually is, he said. Read the full story here.

Apple has flopped in China this year, achieving just $7.9 billion in sales there, down considerably from last year's $11.1 billion.  Tim Cook said the result was "better than our ‘internal expectations’, and anyway, non-iPhone revenue was strong double digits and iPhone customer demand grew through mid-September." Read more in Apple Insider

Meanwhile, Samsung has reclaimed the Top Spot globally as the smartphone market performs better than expected with 353.6 million device shipments in 3Q20, According to IDC “an important trend on the road to market recovery is a faster than expected rebound in some key emerging markets. India, which is the second largest market globally, witnessed very strong volumes during the quarter despite further concerns around the COVID pandemic. Other emerging markets, such as Brazil, Indonesia, and Russia, which rank fourth, fifth, and sixth in the world, also experienced strong growth,” it says.