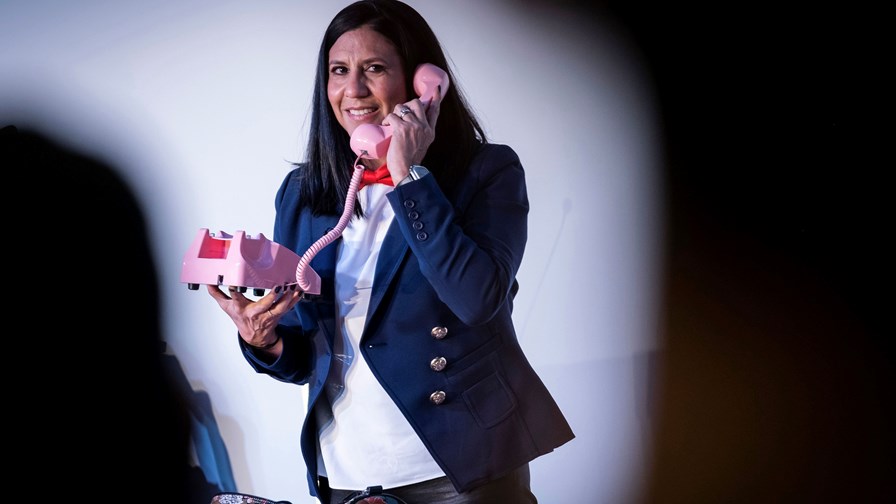 TelcoDR's Danielle Royston makes a critical call during the ‘Softwarisation and the public cloud’ session.

LONDON – By the time The Great Telco Debate (aka GTD) hit the ‘Softwarisation and the public cloud’ session, motions related to Open RAN and the progress being made by communications service providers (CSPs) to become digital service providers (DSPs) had already been discussed, dissected and voted upon, but there was still plenty of energy left in the debating chamber to discuss one of the hottest trends in the communications networking and services sector.

The third motion to be discussed and voted on was “Public cloud is the simplest route to radical transformation for the world’s telcos”.

Chris Lewis, managing director at Lewis Insights, argued in favour of the motion, noting that the cloud providers, which all come to market with different skill sets, help to bring together all the main elements needed by all operators (not just the largest telcos that are so often the focus of attention) for the next generation of service creation and delivery – compute and storage resources, AI-enabled data analytics and security – as well as communications. The cloud is the simplest way to bring all those things together for all telcos, big and small, noted Lewis.

Graham Wilde, head of 5G business development at CKH Innovations Opportunities Development, urged attendees to vote against the motion, using one of the most compelling stories ever heard at a GTD event to essentially warn telcos they could easily become over dependent on the public cloud, a move that would be costly and ruinous. “It’s cheap when you start and use just a little bit but… it will become too expensive” and SLAs related to critical services will not be supportable, he argued.

Brief opening remarks were made by seven expert witnesses:

Those witnesses were quite enthusiastic about the potential of telcos to collaborate with public cloud partners. Juniper’s Yavatkar encouraged telcos to “embrace, extend and exploit… embrace the public cloud where it makes sense,” he proclaimed, while Dell’s Singh noted how a hybrid, distributed multi-cloud approach could be the foundation for a digital service provider strategy. TelcoDR’s Royston, as ever, was very positive about the trend towards softwarisation, illustrating in her three-minutes-long presentation with the many devices that have now been subsumed by apps, all the while using a Mary Poppins narrative. Her conclusion, though, was not from the make-believe playbook: “Software is eating the world and it’s coming for your network,” she warned the operators.

But it wasn’t all positive: Red Hat’s Sayeed noted that some public cloud users are “repatriating” their data and virtualised assets for various reasons, some, but not all, of which relate to rules and regulations that have to be followed, while others relate to meeting SLAs and cost saving. He added that some telcos have saved significant sums of money by moving applications back to a private cloud platform from the public cloud.

Then the audience got involved with questions, comments and observations, and the expert witnesses were faced with questions about the apparent complexity of cloud management and the relationship between communications services and customer needs and how that relates to the public cloud.

You can find out by watching the session – Softwarisation and the public cloud – on demand.