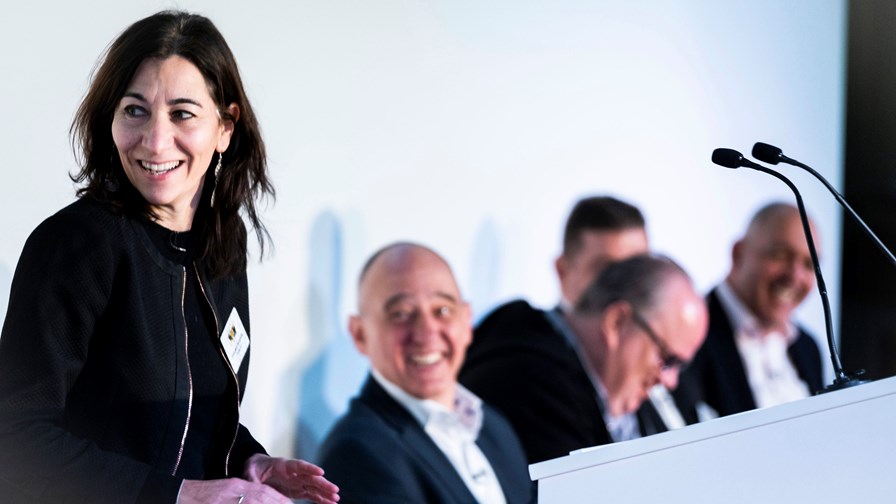 LONDON – Following a couple of years of digital deliberations, The Great Telco Debate (or GTD, as it is often called) reconvened in person on 8 December, with more than 100 industry representatives from the network operator, vendor, enterprise, government and industry analyst communities gathering in the heart of the City of London to discuss and vote on a range of motions related to key trends in the industry. The first topic of five to get the GTD treatment was the progress being made by communications service providers (CSPs) to become digital service providers (DSPs).

The motion to be discussed and voted upon – The telco to DSP migration is still a pipe dream – was presented by Graham Wilde, head of 5G business development at CKH Innovations Opportunities Development, who urged the attendees to vote in favour of the motion, and by Chris Lewis, managing director at Lewis Insights, who did his best to convince the crowd to vote against the motion.

Brief opening remarks were made by five expert witnesses:

Those opening comments provided plenty of evidence to support the motion, with ServiceNow’s Paul highlighting that basic digital service provider capabilities – flexible customer engagement, integrated operations and end-to-end automation – are still a long way from being implemented by many CSPs, while HPE’s Eberhardt urged operators to embrace as-a-service models and introduce greater efficiencies in their operations, among other things.

BT’s McRae noted that CSPs need to “take the network to places it hasn’t been before” and enable network-as-a-service (NaaS) capabilities that suit customers’ needs where and when they want it. “But we’re not there yet,” he noted.

But the potential for DSP success already exists. Döhler highlighted the progress being made by the NGMN’s operator members, Vodafone’s Serravalle outlined what the operator is doing as part of its Tech 2025 strategy and Nokia’s Sverdlov urged the industry to embrace opportunities such as MVNO-as-a-service, where DSP capabilities would enable pop-up virtual mobile network operators to integrate e-commerce capabilities.

And then the audience got involved with questions, comments, observations and counter arguments as the debate kicked off in earnest.

You can find out by watching the session – The digital service provider (DSP) – are we there yet? – on demand by clicking on this link.