Will 5G be as energy efficient as promised? Well, that might depend on how many people use it! 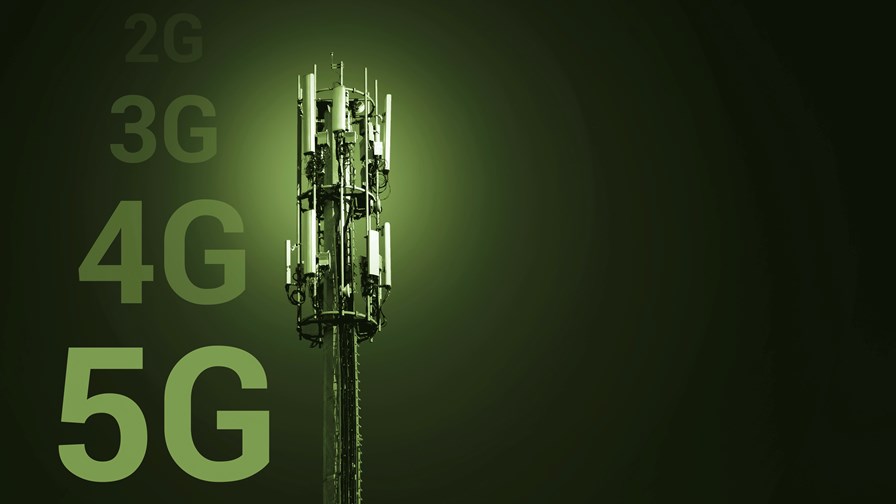 5G networks use power more efficiently that any of the preceding generations of mobile technology, but it’s too early to tell if that will translate into a measurably significant reduction in energy usage when compared to 4G or if the much-vaunted energy saving 5G services and apps that vendors and network operators promise and promote will be so attractive and addictive to enterprise and domestic users that power consumption will inevitably rise.

This is the central question posed in a new and dense academic paper published by Elsevier, the Netherlands-headquartered publishing company that specialises in the dissemination of scientific, technical and medical content. It is authored by scientists from the Science Policy Research Unit at the Business School of the University of Sussex in the UK.

The report, “The energy use implications of 5G: Reviewing whole network operational energy, embodied energy, and indirect effects” appears in Volume 157 (April 2022) of Renewable and Sustainable Energy Reviews. It is dry academe at its bone driest but there are some newsworthy nuggets to be found if one digs deep enough - so TelecomTV has taken a shovel and pick and a pointed stick to winkle them out.

The apparently deep conundrum is, in essence, a simple enough equation that will solve itself over time but the Centre for Research into Energy Demand Solutions (CREDS), “a research centre established in 2018 with a vision to make the UK a leader in understanding the changes in energy demand needed for the transition to a secure and affordable, low carbon energy system” has it that the evidence to determine which thesis is correct has not yet been adduced due to a lack of peer-reviewed analysis of currently limited data and therefore no conclusion either way can be drawn. The report takes lot of wordage to get to that astounding conclusion.

It is a fact that every generation of mobile telecoms technology capable of a carrying data as well as voice has seen an acceleration in the transmission of data as, simultaneously, energy efficiency also increased with each iteration. According to the report, at the end of last year global data traffic was 80 exabytes a month. That figure is forecast to rise to 370 exabytes by 2027 and it will take some determined management and some novel advances in energy efficiency for it to keep pace with such growth. The question is, can it be done? The answer seems to be “wait and see”.

Of course, much depends on how total energy usage is assessed and the various factors that are included to make the calculation in the first place. On this the report says what work has been done on 5G energy consumption has, in the main, centred on the power required to drive the network and has taken little cognisance of what it calls “embodied energy”. This means the energy needed to make, deploy, manage and maintain the entirety of 5G network infrastructure. Historically, and predicated on a nominal 10-year lifespan for a mobile base station, it has been estimated that embodied energy was responsible for 36 per cent of total energy consumption. The figure is more than double that for smartphones. One report says the mining of raw materials and intense manufacturing processes account for 75 per cent of embodied energy.

And then there’s “grey energy,” which is defined as that “consumed by PCs, laptops and tablets and the network infrastructure required for these devices to access the Internet. Grey energy is a very similar concept to embodied energy but relates specifically to the non-renewable energy consumption throughout the lifecycle of a product or service. Generally, they find that the production phase becomes more significant the smaller and more energy efficient a device becomes.”

Killing the golden goose before it has a chance to lay any golden eggs?

The report, somewhat tortuously, concludes that “5G will itself be the cause of at least some of the traffic growth it is being promoted as a necessary solution to. We believe that the experience of previous generations of mobile networks demonstrates that when energy efficiency improvements lead to a reduction in the cost per-bit of data and when higher data availability and smartphone computational capabilities enable more data-intensive applications, app developers and users tend to make the most of this abundance of computational and data availability by developing and adopting data-intensive applications and practices.”

In other words, popular uptake of 5G will see people using data-heavy apps and services that they either need to use for commercial/business purposes or that they like to use for personal, familial and social interactions, information and entertainment. If virtual reality on 5G takes off (as vendor and CSPs hope it will), energy-intensive mobile gaming and other data-gobbling apps will proliferate especially if competitive network operators introduce unlimited data 5G subscriptions.

This “direct rebound effect … if left unchecked will counteract at least a portion of the energy savings associated with the technologies and strategies discussed in this paper. As Pihkola et al. demonstrate, dramatic improvements in the energy efficiency of mobile networks do not ensure that their total energy consumption will fall, and therefore strategies aimed at limiting demand rather than merely catering for and encouraging it may be required.” Presumably you stop people from “over-using” 5G by rationing access via artificially high tariffs or data caps but In that case, why not just stay with 4G and save billions in capex? Oh, yes, nearly forgot, that money has already been spent - on 5G.

The report continues: “A greater understanding about how 5G will shape user behaviour, including how data pricing points and structures will affect the adoption of frugal or frivolous data use practices and the energy use implications of this, is sorely needed. This kind of knowledge needs to be more explicitly factored into data traffic growth estimates, so that they take into account the scope for direct rebound effects where this is warranted.” “Frugal or frivolous data use practices” -- it come’s down to that, does it? Stroll on.

The report says it has, in part, perforce relied on figures and statistic provided by the industry (5G vendors and network operators) but does “not mean to suggest that these industry figures are in any way unreliable.” However, “it would be preferable if they were supplemented by more peer-reviewed assessments of the energy use of future mobile networks (including the implications of 5G deployment) with fuller disclosure of the data, assumptions and methods used in order to enable proper scrutiny from the wider research community.” These figures will shake out in the coming months and years as 5G comes properly on stream but you are not going to get them today now from vendor marcoms releases or consumer advertising on the part of 5G network operators.

It seems reasonable to assume that although 5G has been designed from the outset to reduce the energy required to consume a given amount of data, if the technology becomes as ubiquitous and popular as the hype (and hope) says it will be, overall power consumption will be higher than with 4G. The more that 5G permits further increased and even conspicuous consumption, which is what the 5G business case is based upon, the more users will fill their boots. That behaviour will be magnified when 6G comes along, which it will.