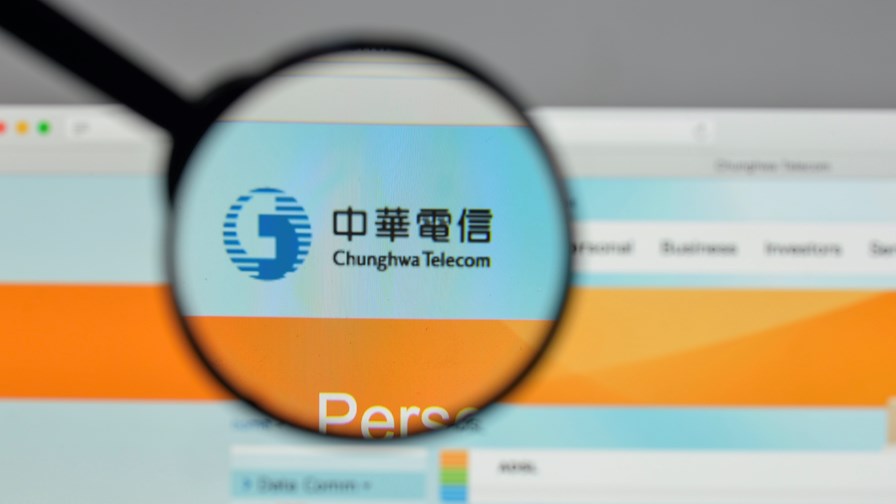 Taiwan’s leading operator Chunghwa Telecom is managing to improve its 5G service coverage and run a more energy-efficient network, according to the operator and Ericsson, the vendor that is taking the credit for the positive gains. According to a press briefing document issued by the vendor, Chunghwa has managed to reduce its power consumption by about a third in the parts of the network where it has upgraded its Ericsson mid-band massive MIMO equipment from AIR 6488 units to AIR 6419 and from AIR 3239 to AIR 3219. “Sustainability has always been at the heart of our business,” noted Alex Chien, president of network technology at Chunghwa Telecom. “We believe network modernisation is a key enabler for a greener digital infrastructure as the foundation for the societal net zero target. Our partnership with Ericsson will accelerate our transformation to a low-carbon future.” Read more.

I hope you’re not fed up with tapas (and, if you are, how?) because the Mobile World Congress (MWC) show is going to be staying in Barcelona, where it has been taking place since 2006, until at least 2030, the GSMA announced today.  “We are thrilled to announce that MWC will remain in Barcelona through to 2030,” noted the GSMA’s director general Mats Granryd. “Recent global circumstances have created some of the toughest challenges we’ve faced with MWC, and the strength of our partnership with the Host City parties was a critical element in our being able to bring the show back. In fact, Barcelona is so intertwined in the MWC experience, it’s hard for me to think about one and not the other.” The MWC event returned to some semblance of normality in late February this year, when a surprising but welcome 65,000 attendees flocked to the Catalan city for what many regarded as a very successful event and a turning point in the face-to-face engagement activities of the telecoms industry, which saw the MWC event in 2020 cancelled at the very start of the pandemic. To find out more about how much the GSMA loves Barcelona, see this announcement.

Representatives of the UK’s major telecom service providers, including BT Group, Virgin Media O2, Vodafone, Three, TalkTalk and Sky, signed up to a series of pledges to help the most needy retain their digital connectivity while UK citizens face a major cost of living crunch, according to an announcement from the UK government on Monday. The commitments include “measures such as allowing customers struggling with bills to move to cheaper packages without charge or penalty, or agreeing manageable payment plans, and options to improve existing low cost offers and increasing promotion of existing deals.” Well, it’s something, at least. Ironically, so-called digital minister Nadine Dorries, who appears to want to take credit for such magnanimous gesturing, is quoted thus: “The measures, put forward by the government in consultation with the industry, will ensure people struggling with bills due to the economic aftermath of the pandemic and war in Ukraine can continue to make calls, send texts and get online.” Let’s hope those suffering from induced poverty due to rising inflation and years of local and national mismanagement will also be considered worthy of assistance. You can read the full statement from the government here.

Companies seeking real-time data about the location and safety of their valuable goods will increasingly turn to the benefits offered by 5G-enabled asset tracking modules, according to a new report from Juniper Research. The firm, which expects enterprise spend on asset tracking to reach $45bn by 2027, up from $16bn this year, believes the “increasing reliance on 5G will present significant opportunities for hardware vendors” over the next five years. “The growing demand for always-connected supply chain solutions will drive the interest in 5G-enabled asset-tracking hardware. In turn, supply chain hardware vendors must focus development on sensors that leverage the data-intensive nature of 5G to provide features such as real-time anti-tampering notifications,” notes the Juniper research team in this press release.

“Act naturally,” sang Buck Owens and the Buckaroos. “Act accordingly,” says Jeff McElfresh, COO of AT&T. The telecoms sector in the US and much of the western world may be facing incipient recession, sudden and seemingly uncontrolled inflation, quickly rising interest rates, enormous supply chain problems, chip shortages and the accelerating downward global economic effects of Russia’s invasion of Ukraine, but the newish COO at AT&T, Jeff McElfresh, reckons that the largest provider of mobile telephone services in the US, is very well placed to weather the storm. Asked at an analyst meeting how AT&T will come through it all unscathed, McElfresh said: “We’ll act accordingly.” Apparently that’s a strategy of brilliance because: "The [AT&T] plan team is well equipped with the toolkit and customer lens to address that for our owners.” I’d quite like a customer lens myself, to help me discern the finer details of my wireless comms contract. Putting a bit of flesh on the bare bones of ‘acting accordingly’, the COO adds: “We have got a formula, and that's why we at management are confident we can drive the operating leverage... through a recession, because wireless is still going to be in high demand.” In practice, this means AT&T will continue to tempt new customers to open their wallets by offering promotions and pricing plans so beguiling they just won’t be able to resist. The COO also has “a number of levers” he can pull to lower costs. One lever to have been pulled clean out of its socket will change AT&T’s retail distribution model from a fixed-cost basis to a variable-cost basis “in part, by moving expenses to agent partners and third parties.” As cunning as a fox, McElfresh says, “Why that's important is if the industry does, in fact, tamp down a bit, no problem, AT&T is in a better position to flex down because those costs are variable. And that's why we have confidence in our ability to continue to grow handsomely the wireless business." Shakespeare himself couldn’t have put it better. And, of course, if that particular wheeze doesn’t do the trick, the telco could always go back to the time-honoured tactic of raising its prices. Indeed AT&T’s CFO, Pascal Desroches, has already said he would do just that if inflationary pressure persists

“Who’re you gonna call? Hackbusters.” As ransomware attacks continue to proliferate, the US Congress has passed a bill mandating that any companies and organisations designated as owners, providers and managers of ‘critical infrastructure’ that have suffered a cyberattack must report the incident to federal authorities within 72 hours. However, the millions of smaller, usually private, firms that do not fall into the critical infrastructure category are not required to report hacks and electronic incursions – and they certainly don’t tend to report them, preferring instead to pay a ransom and keep their companies up and running. This unwillingness to cooperate with the authorities is causing increasing problems for agencies such as the FBI and the Cybersecurity and Infrastructure Security Agency (CISA), whose responsibility is to track the incidence and locations of cyber breaches, then chase and bring to justice the criminals behind them. Now, in an effort to get more whistleblowers to report ransomware attacks, the CISA is calling for the introduction of an emergency national contact phone line via which attacks can quickly be reported. Currently, the reported incidence of ransomware attacks on SMEs is running at 27 per week, but this is merely the tip of a gigantic iceberg and the actual number is estimated to be in the thousands. The new call line number will be ‘311’, but that’s about as much as anyone outside CISA has been told. Meanwhile the cyberattacks continue to mount up.

In a recent milestone moment, the UK’s Ministry of Defence took delivery of the British government’s first quantum computer. The PT-1 was developed by UK company Orca Computing and is the first quantum computer able to operate at room temperature rather than within tight sub-zero parameters. But let’s not forget that the incumbent UK operator, BT, is also pressing hard with its own quantum developments on a number of fronts. It recently announced it is running a trial with quantum receiver technology which, if successful, could have profound effects on 5G and IoT networks and applications. Atomic Radio Frequency (ARF) receiver technology is a novel way of detecting radio waves with significantly weaker signals. It does so by exploiting a quantum effect called electromagnetically induced transparency (EIT) to make a highly sensitive electric field detector. Earlier experiments proved that EIT technology can receive basic audio messages at very high frequencies but the latest BT trial proved, for the first time, that a digitally encoded message can be received on EE’s 5G carrier frequency. The new receiver is still in the proof of concept (PoC) stage of development but hopes are high that in commercial application it will markedly reduce energy consumption in a mobile network, make IoT devices more cost efficient, keep them in operation for considerably longer and have many applications in both smart city and smart agriculture environments. Theory has it that, in commercial operation, the new antennas could be more than 100 times more sensitive than traditional receivers already in use. Indeed, an ARF receiver can be placed in a passive optical receiver in hard-to-reach locations, thus enabling mobile networks close to 100% coverage in any given area. BT already owns a number of ARF receiver patents and is the first company to use the technology to send a message at 3.6GHz.