The emissions mission: Can telcos compete their way to sustainability? 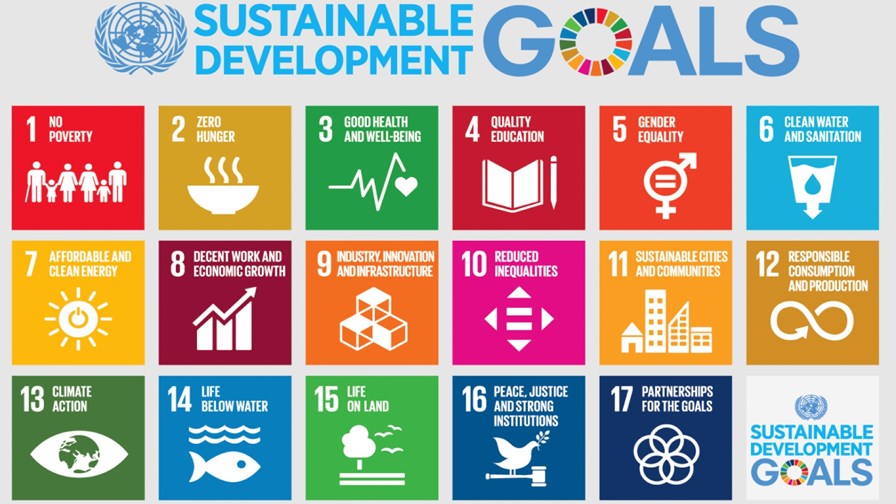 Having spent years designing technology to essentially go faster and consume more data – especially on the consumer side – the communications industry community (vendors and telcos) must now do a slow-motion switcheroo, away from business models based purely on delivering devices and services featuring ever-improving technical virtuosity and stimulating greater usage and towards business models that somehow make a virtue out of the necessity to steer users to consume less non-renewable energy and fewer scarce resources.

At the same time the industry must offer incrementally more and better applications and services, some of which will be crucial for the rest of the economy to develop sustainability at the same rate.

It’s the equivalent of throwing a speeding car into reverse on the motorway: It sounds impossible to achieve without some nasty grinding sounds, but it has to be done as the current consumption trends are ‘unsustainable’ without some radical technical and behavioral changes. We techno-optimists believe that changes can be made and that communications technology will play a starring role in getting us out of the mess into which  rampant consumption has got us – but not without effort and controversy.

There has to be a new game in town

Sustainability is the name of that game and is neatly, if broadly, defined by the United Nations as “meeting the needs of the present without compromising the ability of future generations to meet their own needs”.

It starts with the presumption that the world’s resources are dwindling and should be used sparingly and strategically. To that end, an organisation’s “sustainability” should be constantly measured and become a “second bottom line” measuring its environmental and social impact – everything from carbon emissions, resource consumption, employee wellbeing and factory conditions all go into the pot.

However, while all these measures are equally important, one in particular has become more equal than the others – CO2 emission reduction is now front and centre, demanding real action in the short term if the world is to avoid catastrophic climate change.

For telcos, progress to CO2 ‘net zero’ has the great advantage of being what Philip Laidler, Partner and Consulting Director at UK telecoms consultancy STL, calls “all about numbers” and involves the sort of engineering challenges that, he says, telcos are good at.  After all, making electricity go further has been a prime driver for both vendors (including smartphone vendors) and telcos for at least a couple of decades now.

But other sustainability demands are more challenging.

According to STL, there is now “an increasing recognition that businesses will fail, or be left behind, if they do not embrace sustainability.” For telcos, pressure is coming, it says, from both customers and investors to align businesses with sustainability,  otherwise both sets of stakeholders will consider voting with their feet. On the flip side of that coin, successful alignment with sustainability goals can enhance financial performance - so there’s also a powerful incentive to adopt them.

Companies generally are beginning to realise that lining up with their employees and other stakeholders on important issues tends to construct a stronger, more motivated company. Specifically, as the battle against climate change is increasingly viewed, by younger employees and customers especially, as a life or death struggle, then a successful jointly-owned and bought-into programme can be a major intangible asset.

STL underpins this by reference to McKinsey. The global consultancy has a handy Three Letter Acronym (TLA) - Environmental, Social, and Governance (ESG) – a metric designed to rate a company’s sustainability and related practices. McKinsey lines up ESG measures against financial performance - sure enough, those companies high on ESG have a lower cost of debt and equity and enjoy elevated company reputation, better employee engagement, along with an enhanced ability to attract talent and keep it.

Where the sustainability problems are set to come for telcos will be around a balance that must be struck between consuming some non-renewable resource over the short-to medium term to provide the services that will enable other sectors and companies to develop their own sustainability practices – in particular, by providing IoT connectivity to remote areas and closing the world’s various digital divides.

There will always be scope for disagreement on the calculus being used to justify investments which claim to gobble extra non-renewable resources in order to improve sustainability in other companies or sectors, and here is a glaring example.

The revival of LEO-delivered satellite broadband now appears to be fully underway. The first ‘LEO revolution’ with multiple projects and promises of global broadband offerings fell out of orbit about 20 years ago. This new generation of low earth orbit satellites has been hyped around the concepts of broadband flexibility and fast enablement, but that may be changing.

The two most ‘hyper’ projects are Elon Musk’s SpaceX investment in Starlink and Amazon’s Project Kuiper.  Each involves plans for thousands of tiny low-earth orbit (LEO) satellites to deliver satellite broadband.  Musk’s Starlink launched its first LEO broadband service in late 2020 and now has around a 90,000-user base with plans to put 12,000 satellites into Earth's orbit over next decade, with that total possibly rising to 42,000 in future.

Meanwhile, plucky UK-based LEO effort OneWeb, purchased in part by the UK government in 2020, will have completed deploying its 648-satellite constellation in 2022. That satellite total seemed respectable when first announced, but now looks puny, while Amazon’s 3,236 LEOs are to be launched a few years later. It claims half the Kuiper satellites will be up by 2026 and the rest will follow by 2029.

There’s no doubt that satellite communications can have a role in the immediate future to help close gaps on a global and national basis: For instance, to assist remote connectivity and advance rural IoT, both technology areas that are playing a major role when it comes to sustainability. But in the longer term there are huge sustainability questions over the LEO concept

Firing signals back and forth to a satellite, even one orbiting at just 200 kilometres above the earth’s surface, chews up energy at both ends. Taken in isolation this is not really a major problem if a connectivity gap is being plugged - any power used may be considered minor when considered against the probable sustainability gain from enhanced IoT, farm connectivity and urban/remote gap-closing.

In terms of CO2 reduction, it’s possible that renewable electricity from solar could be, or already is, being deployed at the ground station end to support satellite links where power is required: If terrestrial connectivity is difficult, you can bet the farm that conventional electricity is also scarce.

But a huge sustainability question mark must hang over the eco-budget involved in building and hoisting the huge number of  tiny satellites to equip these large constellations.

According to the Smithsonian magazine, the current fuel for the SpaceX Rocket (Falcon Heavy) is refined kerosene and liquid oxygen, which creates a lot of CO2 when burnt. One of Musk’s innovations was to strap three rockets together to carry huge loads (for instance, multiple LEO satellites) into space. The three rockets require around 440 tonnes of fuel with a 34% carbon content and the Smithsonian Magazine calculated that if SpaceX’s plan for a rocket launch every two weeks came to fruition, 4,000 tonnes of carbon would be discharged into the atmosphere every year.

That sounds horrendous enough, but if the Space X rockets were of the conventional type, which generally involve very little in the way of re-use, then the total CO2 discharge would be several times greater. Meanwhile the Musk reusable rockets and boosters - an innovation that looks like a film played backwards - check it out here, is a visually stunning concept, with rockets magically landing back on their launching pads having put their payloads into orbit. It’s like a clip from a 1950s sci-fi movie and is so compelling that expressing any reservation about the project’s huge environmental cost tends to be quietly discounted as anti-Musk carping. There’s no doubt that reusability - should it be widely emulated in the space business - will be a big sustainability gain. But at the same time the development of space programmes that discharge huge amounts of CO2 into the atmosphere is bad optics, just as telcos and other companies are spending equally huge amounts of time and effort to reduce comparatively tiny slivers of CO2 generation from their own activities.

The other problem with the new LEOs is not that they’ll crash and burn from a business model point of view like their first generation, but that they will really prove their commercial worth for telcos looking to extend their connectivity reach and so become much more important in the service mix - not a stop-gap, but core infrastructure with the result that mission-creep sets in as trials are completed.

For instance, BT originally announced a service deal with OneWeb that was all about developing integration between the satellites and its terrestrial networks and looking to exploit low-latency backhaul solutions and back-up applications. But the latest from BT indicates that its ambitions for the service are fast broadening out, with reports that adding satellite services will form an important part of the operator’s plans to expand connectivity and diversify the range of its services.

That’s surely a sign that we are in for an endless series of carbon-pumping LEO launches, but then perhaps we can count on hydrogen-powered space vehicles to come to the LEO’s rescue.

This article is the first in a series on sustainability. Next up: More complications - the circular economy and smartphone modularity