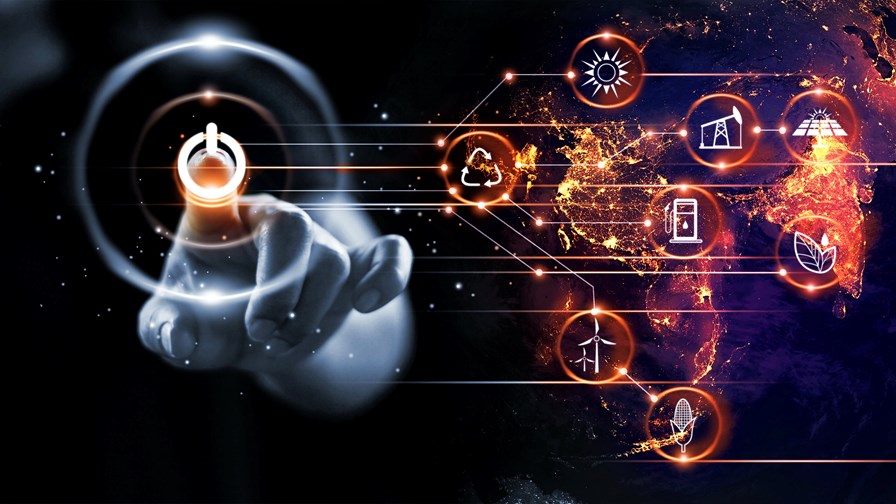 Artificial intelligence (AI) has emerged as an important energy-efficiency enabler for telcos, according to a new study conducted by GSMA Intelligence, which surveyed more than 100 communications service providers, and sponsored by Nokia. And while it's tempting to assume that for the operators it's all about managing costs and making good on a raft of environmental pledges, the survey results shows that those are not the main drivers for energy-reduction measures by the CSPs – the main reason is that the telcos are actually looking to impress us, the consumers, by aiming to reduce their power consumption.

When asked about the primary goal driving their network energy efficiency strategy, 50% of survey respondents chose 'fulfilling customer expectations' – cost saving came in second at 27%, followed by the desire to show environmental consciousness and social responsiveness.

The survey report – its publication timed to coincide with the UN's COP26 climate change conference currently taking place in Scotland – is based on responses by 135 individuals from 103 CSPs in 45 markets worldwide, ranging from fairly small players to those with in excess of 100 million customers. Telcos have always talked a good game on meeting the needs and expectations of their customers, however many they serve, but words and actions do not always match.

"Fulfilling customer expectations and showing environmental consciousness together account for 70% of operators' primary goal when it comes to their network energy efficiency strategy. Effective communication from operators is therefore crucial," the report reads.

That sounds like a call for more PR campaigns around energy usage. If so, the operators could learn a thing or two from Vodafone, which made a lot of noise about hitting its target of using only electricity from renewable sources to power its operations across Europe only a few months ago. (See Vodafone powered solely by renewable electricity in Europe.)

But while impressing their customers came out as the main driver for CSPs’ actions, that’s not the primary message being presented in the survey report, as its title makes clear: 'The essential role of AI in improving energy efficiency' instead seeks to demonstrate that telcos need to use AI to keep network costs down as data usage goes up.

The telco network professionals surveyed were asked which measures they expect to be the most effective in improving energy efficiency. Unsurprisingly, given the focus of the report, 35% chose AI-driven network optimisation, putting it ahead of the likes of data centre cooling, RAN cooling, more effective air conditioning, and other solutions.

"AI solutions hold the promise of realizing quick and substantial energy efficiency gains and ensure we fully live up to our environmental and social responsibilities," said Volker Held, Head of Marketing for Managed Services, Cloud & Network Services at Nokia, which has been pushing AI-enabled solutions for energy efficiency for some time. (See Nokia tackles a critical telco challenge – energy efficiency in the RAN.)

And not without success: Just to give one customer example, Japan's KDDI is trialling Nokia's AVA for Energy Efficiency product that uses AI to tackle growing energy usage in networks. The system is designed to help operators develop more sustainable patterns of energy usage and promises cost-savings on energy bills of up to 20%. (See KDDI and Nokia bring liquid cooling to Japan's RAN.)

However, this is not an entirely self-serving exercise. Few would argue against the importance of energy reduction, given the broader global picture on climate change, and for the telecoms industry it's a hot button right now as operators roll out 5G in earnest. 5G may be more energy-efficient than previous generations of mobile technology, but increasing data traffic and more distributed network architectures push up energy consumption volumes nonetheless.

It is worth pointing out that when Vodafone made its big announcement on renewable energy it also proudly shared that, despite a hefty increase in mobile data volumes – an increase of 47% to 11,714 petabytes in financial year 2021 – its total energy usage remained flat, something it attributed to the use of analytics and more efficient mobile technology, including Massive MIMO. That said, although it was talking up 5G launches in 10 European markets in its full-year report, an educated guess says it didn't have too many 5G customers by last March.

GSMA Intelligence forecasts put the number of 5G connections at 2.2 billion by the end of 2025, just four years away, and those connections will likely have significantly higher monthly data usage than those on LTE. 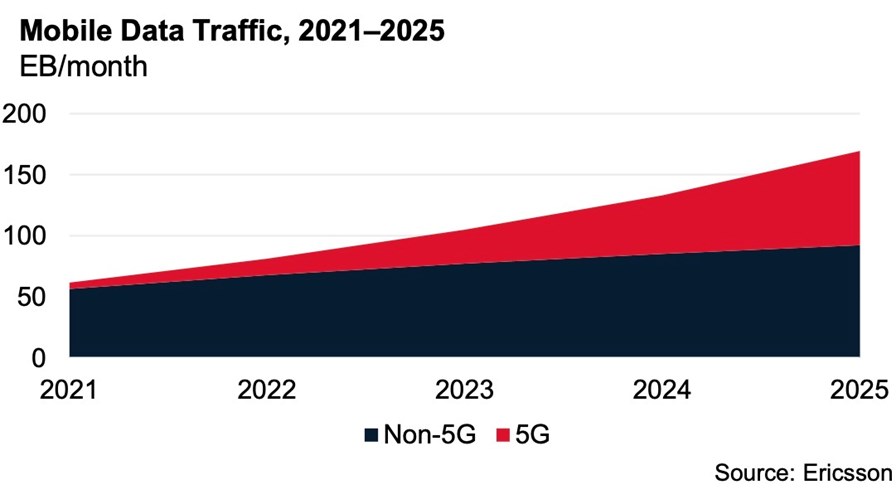 As a result, it is hardly unexpected that 83% of survey respondents said they rate energy efficiency in their network transformation strategies as either 'extremely' or 'very important,' while 67% said they expect network energy costs to increase during the next three years; most predicted a hike of up to 10%, but some went for 20% or more.

As the GSMA report puts it, "operators already have enough drivers from purely a financial perspective to improve energy efficiency." Indeed, it explains that energy is the only major opex element that is expected to increase over that time period. See, we knew the cost angle would come into play, however the telcos themselves choose to pitch the green agenda. If nothing else, it's a way to persuade the shareholders that buying into AI is a good idea.

The survey respondents are already there, in spirit at least: 78% said AI-driven energy efficiency improvements will be an 'extremely' or 'very effective' part of their network sustainability strategy. However, just 2% of network operators said they have reached a commercial deployment phase with AI-driven energy management solutions.

However, 41% are categorised as being at the initial stage of commercial deployment, and with close to 50% in the planning and testing phase the GSMA Intelligence team predicts "an impending rise in live deployments.” The 9% with no plans for AI-driven network optimisation to improve energy efficiency are "taking a risk," it warns.

"AI has clear and tangible benefits to improving the energy efficiency of telecom networks and is a big part of the solution in driving sustainable 5G networks. It's important to deploy AI early in order to train the algorithms and continually optimize network ops and costs over the long run," noted Tim Hatt, Head of Research and Consulting at GSMA Intelligence.

That’s a message with which Nokia, no doubt, would agree.