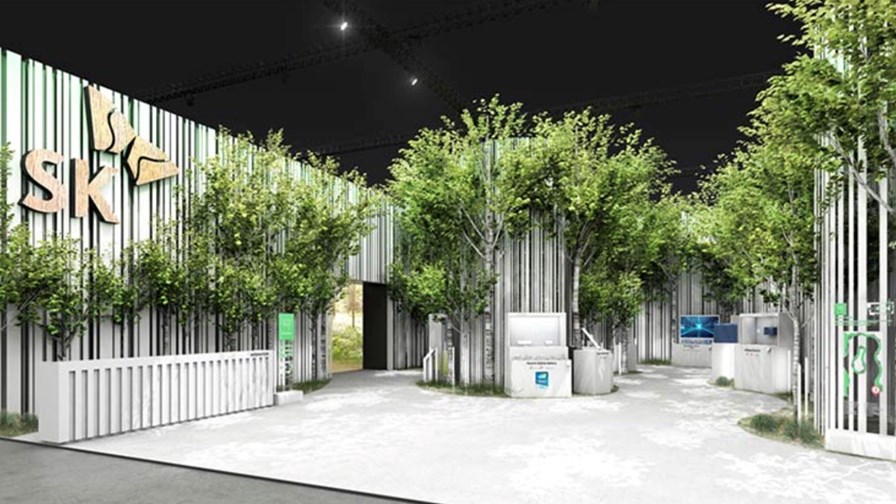 South Korean operator SK Telecom saunters onto the CES show floor in Las Vegas this week with an important message for the telecoms industry – that AI and telecoms can do more to cut greenhouse gas (GHG) emissions than add to them.

Under the theme of ‘SK’s 2030 Net Zero Pledge’, the company will showcase a plethora of green technologies, with a main goal of countering the common perception that AI and telecoms network deployments are a significant contributor towards environmental pollution because of the power consumption required for their operation.

In an effort to help overturn that perception, SK Telecom (SKT) will put the spotlight on SAPEON, an artificial intelligence (AI) chip it developed to accelerate tasks and process vast amounts of data more efficiently, thus requiring less power usage.

At the Las Vegas event, which is expected to attract up to 75,00 attendees, SKT will also highlight its solution designed to reduce mobile network GHG emissions. It says its ‘Single RAN’ technology can reduce power consumption by approximately 53% through the integrated operation of 3G and 4G/LTE network equipment.

SKT has been deploying its Single RAN software by either replacing outdated radio access network (RAN) gear or upgrading existing LTE equipment with Single RAN to enable both 3G and 4G/LTE functionality.

It appears the results received national recognition, as the country’s government highlighted SKT’s invention as a “successful case of GHG emissions reduction”, the operator said in March 2021.

Stepping into the metaverse

Also at CES, SKT will allow attendees to try its metaverse platform Ifland, another project it claims to bring benefits for the environment. If the service is used to transfer typically offline events such as conferences and face-to-face business meetings onto the virtual platform, SKT believes this will draw “a new promising path towards a low carbon society”.

First unveiled in July 2021, months before Meta’s big rebranding bet on the novel virtualised-world era, SKT’s take on the metaverse concept consists of avatars and 18 types of virtual spaces, including conference halls and outdoor stages, to enhance user convenience. It now features as an important, and revenue-generating, part of the operator’s recently-formed AI Service division. (See SKT sees money in the metaverse as it does the splits.)

The South Korean operator will also use the CES stage to present a project designed to encourage a multi-use of cups in order to reduce plastic waste, and to showcase its mobility platform T Map, which is tipped to help with GHG reductions (in addition to saving fuel and social costs) by providing optimal routes when travelling.

“At CES 2022, we will be showcasing cutting-edge technologies that can drive the green ICT revolution, along with innovative services that hold the power to reduce carbon generation in our daily lives,” the company argued, adding its ambition to become “a solid leader” in the net-zero world.

Another SKT move towards an eco-friendly future saw it partnering with Korea Electric Power Corporation in February 2021 for the annual supply of renewable energy, reported Yonhap News Agency.

And in June 2021, it secured a three-year KRW200 billion (approximately $167 million) loan facility from DBS Bank in Singapore for environmental, social and governance (ESG) targets, such as carbon emissions management, and workplace health and safety metrics. It then planned to use the financing to expand its “environmentally-friendly” network infrastructure.

Its parent, SK Group, is also the first South Korean business to join the Climate Group’s RE100 initiative, which admits companies committing to use energy only coming from renewable sources.

It seems SKT has assigned itself a very ambitious mission: As well as striving to be a role model for other companies aiming to reduce their carbon footprint, it is also encouraging the broader ecosystem to be bolder, and faster, in embracing technology that can help the world reach its common goal – a clean, green environment. Efficient ways of doing things, as time has shown, is a handy by-product.