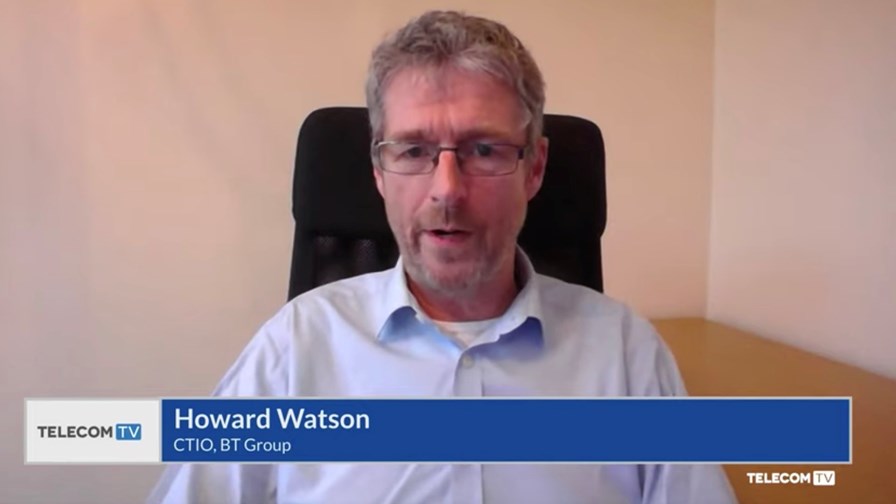 BT is very much focused on ways in which it can reduce its kilowatts-per-gigabyte-per-month energy consumption across its fixed and mobile networks as part of its efforts towards becoming a more sustainable company and also keeping its operating costs as low as possible, the operator’s CTIO told TelecomTV during a broad-ranging video interview.

Howard Watson discussed a range of topics – including the challenges of 2020, the move towards cloud native processes, the need for supplier diversity and IT transformation – during the interview, but also delved into the ways in which BT is working towards keeping its power consumption in check as its networks grow and carry ever greater volumes of data.

“In the fixed network… BT represents about 1% of the entire UK power consumption and about half of that is on legacy PSTN [and] private circuits on legacy PDH and SDH networks, so migrating customers to modern IP variants” has a big impact on energy usage levels, he noted. “We look at watts per gigabyte per month and on the PSTN it’s about 17 kilowatts per gigabyte per month… with FTTP that is down to 0.5,” so the shift to new networks makes a dramatic difference, noted Watson.

Reducing power consumption is “very much on the agenda,” he added.

Watson said rolling out a 5G network provides additional opportunities. “The extra spectral efficiency of 5G and extra benefit of lower power consumption is something we take pretty seriously,” but more can be done by BT’s partners to help as the network densifies, he noted. “I still think there’s work to do for our partners and suppliers to ensure everyone is focused on watts per bits per hertz to go with the spectral efficiency, and as we densify the network and go from 19,000 macro sites and add in small cells as part of that densification journey, we need to make sure we are not eroding that kilowatt hour per bit per hertz – that power consumption piece is a really important part of the sustainability efforts and fits with BT’s purpose that we ‘connect for good’ and, of course, economically it makes loads of sense as well.”

We also asked Watson about his favourite film of all time, and along with many of his peers he was unable to settle on just one, so he gave us two movies that are worthy of that accolade – one is a musical and the other a historic epic... check out the interview to discover the identity of those films.

You can watch the whole interview at BT's CTIO on 2020 Trends & The New Era in Telecoms.