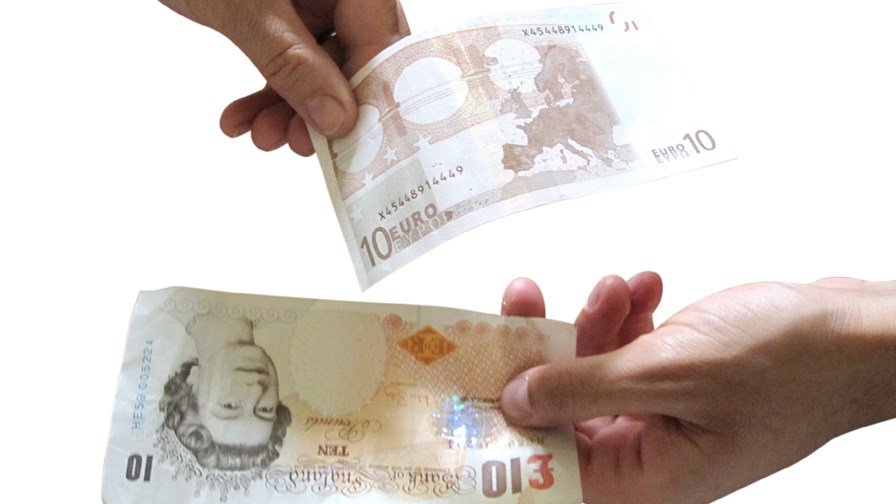 Almost half the people on the planet with access to a 4G network don't use their smartphones to access the mobile Internet because it costs too much, thus negating the main value and purpose of having a handset capable of providing web access in the first place.

A new co-authored policy briefing from the International Telecommunication Union (ITU) in collaboration with the Alliance for Affordable Internet (A4AI) makes it clear that the high price of mobile Internet access relative to the low incomes and minimal discretionary spending that are the dismal norm in many parts of the developing world is a major barrier to personal, local, regional and national social and economic development. In many parts of the world the cost of accessing information and comms technologies is downright prohibitive. For example, a mobile broadband subscription with a data allowance of 1.5GB or more costs four times more (in real terms) in the developing world than it does in developed nations. The good news is that, at last, prices for mobile Internet access are beginning to fall. The bad news is that it's a long, slow, partial process.

The policy document, "The Affordability of I​CT services 2020", analyses mobile broadband, fixed broadband, mobile data and voice low-usage, mobile data and voice high-usage, and mobile cellular low usage. It shows that developing countries themselves are the main drivers of the decline in prices but a very evident and hard to bridge "affordability gap" is delaying developing nations in their endeavours to catch up wherever possible with the developed world. This is the harsh reality: 4G networks now cover 85 per cent of the world's population but half of it was still offline in 2020.

The ITU is a Specialised Agency of the United Nations (UN) and has been since January 1949. As such it’s an integral part of the UN system and the UN's Broadband Commission on Sustainable Development's Target 2 for 2025, calculates that entry-level broadband service in developing countries should not cost more than 2 per cent of monthly Gross National Income (GNI) per head of population. While the global median price for entry-level mobile-broadband services in 2020 met that target, at 1.7 per cent. the median price for entry-level fixed-broadband (defined as at least 5GB) services was well above the target, at 2.9 per cent of GNI per capita.

To put things into deeper perspective, broadband in developing countries had a median price of 2.5 per cent of GNI per capita, compared with only 0.6 per cent in developed countries.The ITU/A4AI report shows that over the course of 2020 the number of economies that met the two per cent affordability target increased by just six. The document covers 190 economies and, of that number, 106 have hit the target, while 84 economies continue to have prices above it. What's more, although a median price decline was recorded for 2020, mobile broadband data-only tariffs and bundling schemes were unaffordable to the general public in 39 out of 43 least developed countries.

Meanwhile, the fixed-broadband equivalent deals were unaffordable in 32 out of the 33 least developed nations for which data are available. For a fixed-broadband service, the median price in developed countries was just 1.2 per cent of monthly GNI per head of population. In developing countries the median price was much higher, at 4.7 per cent. Out of the 178 economies for which these data were collected, the price was below 2 per cent in 67 economies and above 2 per cent in the other 111.

Although there were overall, if comparatively slight, decreases in prices last year, fixed-broadband services, the most expensive category studied in the report, saw the least change over 2020 with prices stable but comparatively high. Last year, in the world's developed economies, the median speed of entry-level broadband connections increased from 30 to 40 Mbit/s last year. In developing countries, it rose from 3 to 5 Mbit/s. Says it all really, doesn't it?

The Alliance for the Affordable Internet was launched in 2013 and is a global initiative agitating to make the Internet more affordable. The World Wide Web Foundation is the Secretariat to the organisation and major members of the international coalition include the United Nations, Google, the Government of Sweden, Cisco, Ericsson, the GSMA, Intel, Microsoft, the Internet Society and the World Wide Web Foundation, heavy hitters all.

The long-term goal of A4AI is to obtain broadband Internet access worldwide priced at less than 5 per cent of average per capita income globally which is the ultimate target of the UN Broadband Commission. Citing the Internet as an essential source of information and services for all humanity, it identifies the lack of investment in infrastructure, lack of competition in the market, and inefficient and unbalanced taxation and other policy and regulatory obstacles as major forces behind the continuing high cost of broadband Internet access in developing nations.

Sonia Jorge, Executive Director at the Alliance for Affordable Internet says, 'This data makes clear that we need to rapidly accelerate progress to remove cost barriers to Internet services. The [Covid-19] pandemic not only underlines the critical importance of Internet access in today's world but has laid bare the scale of digital inequality that remains. We need ambitious, coordinated action to make affordable, meaningful connectivity available to everyone, with efforts targeted at those least likely to be online, including poor and rural populations, women, and people living in the least developed countries. As the world becomes increasingly digital, the need to expand connectivity to everyone becomes ever more urgent."

Interestingly, the report shows that, in relative terms, Africa saw the biggest price decreases in the five categories key categories analysed, viz: mobile broadband, fixed broadband, mobile data and voice low-usage, mobile data and voice high-usage and mobile cellular low usage. However, median broadband access prices across the African continent are still very much higher than world prices and seem destined to stay there for a long time as subscriber access costs are falling only slowly.

As Houlin Zhao, Secretary General of the ITU commented, "The declining price trend for mobile and fixed broadband is encouraging, but we need to strengthen our efforts to lower the prices in developing countries."