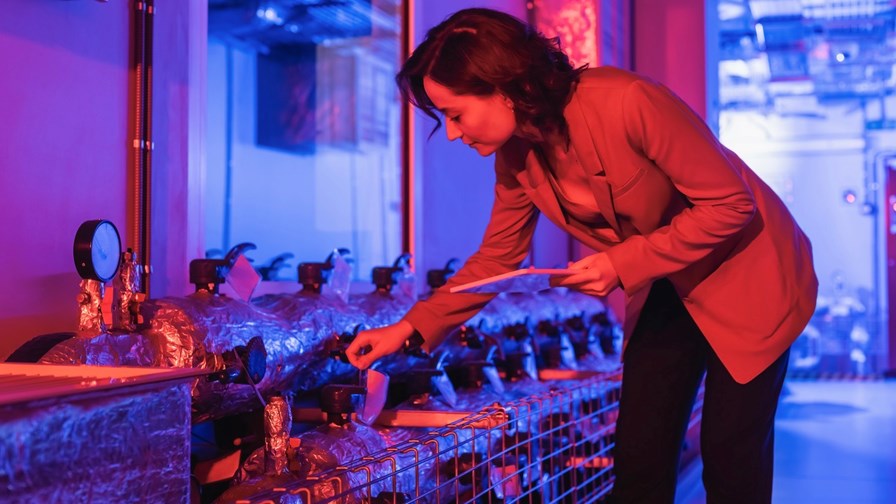 Datacentre operators need to tackle the challenge of increasing global temperatures by embracing new solutions and technologies that enable them to keep their systems cooled without the excessive use of water, according to separate reports from research firm GlobalData and datacentre equipment provider Vertiv.

Currently, water cooling is widely viewed as a sustainable and cost-effective option to regulate temperatures at datacentre facilities, especially when compared with the use of “energy-guzzling refrigeration systems”, according to David Bicknell, principal analyst in the Thematic Intelligence Team at GlobalData.

However, numerous companies and organisations are increasingly critical of water cooling methods, suggesting they are not viable in the long term as global temperatures rise, droughts become more commonplace, and water becomes an even more scarce resource.

“Switching to water cooling can cut a data centre’s electricity usage, but water is an increasingly scarce resource in drought-stricken parts of Europe and the US”, Bicknell stated.

And scrutiny is growing on the datacentre sector’s use of water: For instance, in the UK, the recent heatwave that led to numerous restrictions on residential water consumption by the water utility firms also prompted utility giant Thames Water to investigate the impact that datacentre operations have on water supplies after it was discovered that some facilities have been using domestic drinking water to cool their systems, The Financial Times reported.

But, it appears, any type of water usage could potentially pose problems. “Cleaning up rain or river water is more expensive for operators and will require an environmental licence. Yet, using that water may itself reduce the nearby water table”, Bicknell noted.

In the future, pressure on datacentre operators to find alternatives to operate in a reliable and yet sustainable way is set to mount.

“With many parts of the world experiencing prolonged periods of drought and the likelihood of future recurring drought, this will attract growing scrutiny and criticism of the way datacentres consume water and encourage pressure for new restrictions to be introduced. Although switching to alternative cooling systems could, in many cases, help address existing pressures, switching to alternative technologies rarely happens overnight”, commented Chris Drake, principal analyst of Data Center Technologies at GlobalData.

The research firm suggests it is likely that local authorities will intervene and prevent further local datacentre development in certain areas, similar to a move in March undertaken by the South Dublin County Council.

This is not very good news for the digital economy, as relentless growth in the consumption of digital services crates increasing demand for additional datacentre capacity: Indeed, it is estimated the number of hyperscale datacentres worldwide will increase from 728 in 2021 to 1,200 by the end of 2026 – see How many hyperscale data centres does the world need? Hundreds more, it seems.

If datacentres are to tackle this challenge, they need to embrace a longer-term solution. “It is imperative that effective cooling systems are bought as part and parcel of a datacentre, or companies are risking disruption to customers’ services. Further, these should preferably be powered by renewable energy” and datacentres should deploy energy efficiency techniques, according to GlobalData thematic analyst Sarah Coop.

Vertiv, which provides datacentre equipment and services, calls for “systemic changes in the industry”.

“As an industry, we should look to and learn from regions like the Middle East, Africa and Australia, which have already adapted to high temperatures for much of the year. When we do, it’s clear the status quo won’t carry us into the future”, commented Steve Madara, VP for thermal sales at Vertiv.

He recommended that datacentre facilities reassess rooftop space planning and design the infrastructure “to withstand higher heat loads, rethinking the placement of infrastructure systems in addition to capacity.”

Other solutions which might come to the rescue, according to the company, include different type of systems, including immersion cooling (which uses special dielectric liquids such as mineral oil), water-free cooling and evaporative cooling (which uses evaporated water to cool hot air), which are considered efficient in high-temperature environments.

In fact, immersion cooling and direct liquid cooling (using dielectric fluids to dissipate heat from the equipment) are forecast to grow significantly and surpass $1bn in market revenue by 2026, according to Dell’Oro Group.

Datacentre providers should also use predictive modelling instead of relying solely on historical data to determine datacentre capacity, as well as create a “robust preventive maintenance and cleaning plan”, Vertiv suggested.