'Tis the season for giving...and taking as Ofcom tempts telcos with spectrum discount 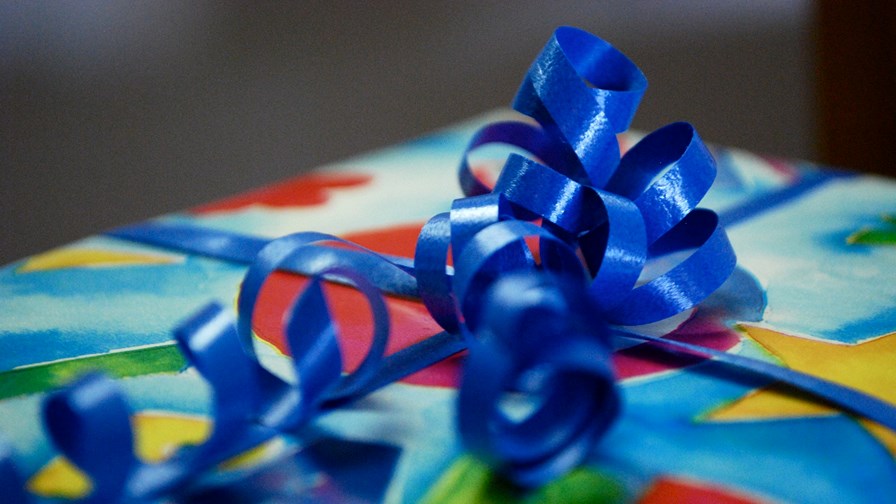 The UK's telecoms regulator this week shared details of a potential gift to telcos in the form of discounted spectrum in its forthcoming auction, but simultaneously served up a lump of coal in the form of new, significantly higher spectrum licence fees for the existing 900 MHz and 1800 MHz frequency bands.

Ofcom on Tuesday opened a consultation into its forthcoming 700 MHz and 3.6 GHz-3.8 GHz spectrum auction and shared plans to tempt telcos to meet certain rural coverage requirements by offering discounts worth hundreds of millions of pounds.

Telcos taking part in the auction, which is due to be completed by spring 2020 but could come as early as end-2019, will have the chance to bid for two spectrum packages with coverage obligations, including the requirement to build out hundreds of new towers, each carrying a discount of £300 million-£400 million.

"We believe that this should provide a strong incentive for bidders to bid for a coverage obligation alongside spectrum," Ofcom said.

On the face of it, a discount of up to £400 million seems like a significant amount. The UK's big four mobile operators together paid £1.36 billion for airwaves in the first stage of Ofcom's 5G auction in April, which included 2.3 GHz and 3.4 GHz frequencies, and with 80 MHz of 700 MHz spectrum available for auction, plus 120 MHz at 3.6 GHz-3.8 GHz, the telcos are likely to face more multi-billion-pound spectrum bills in the next year or so.

The regulator will ask winning operators to provide "good outdoor coverage" to at least 140,000 premises in rural communities, and "meet targets to secure good coverage for a certain proportion of the landmass in each of Scotland, Wales, Northern Ireland and England." In addition, licence winners will be required to build at least 500 new transmitters, to ensure they provide coverage in areas that need it, rather than by simply boosting existing signals.

I have it on good authority that we're talking in the low hundreds of thousands of pounds to build a new macro site in a rural location, so the maths seems to stack up pretty well from that angle. However, much will depend on the final rules and exactly what Ofcom asks of the operators in terms of rural coverage.

Spectrum fees not so festive

While the country's telcos weigh up whether or not a spectrum discount really is a gift, they are doubtless feeling decidedly 'bah, humbug' about Ofcom's decision to treble annual spectrum licence fees, effective early next year.

The debate over fees for spectrum in the 900 MHz and 1800 MHz band has been raging in the UK for the past nine years. It would take thousands of words to detail the various ins and outs of this story, including the operators' objections and the legal wrangling over the validity of Ofcom's role in proceedings, but here's a quick summary:

In late 2010 the government instructed Ofcom to revise spectrum fees for the 900 MHz and 1800 MHz bands to reflect the full market value of the airwaves and to implement new rates following the auction of 4G licences, which took place in 2013. Following a consultation, it duly announced new rates in September 2015, which trebled the tariffs operators were then paying. Understandably, the telcos objected, everyone lawyered up, and in November 2017 the appeals court overturned Ofcom's new tariffs and the market reverted back to the earlier, much lower prices, set in 2002.

Ofcom's latest rates are slightly lower than those it set three years ago, but that is unlikely to appease the operators, who will once again face bills around three times higher to use their 900 MHz and 1800 MHz spectrum. From 31 January, the operators will be required to pay an annual fee of £1.093 million per MHz for 900 MHz frequencies and ££805,000 per MHz for 1800 MHz frequencies.

For EE, that's close to an extra £50 million per year, while Vodafone and O2 will see their bills increase by more than £30 million and 3 will pay almost £16 million more.

Happy Christmas to all and to all a good night! 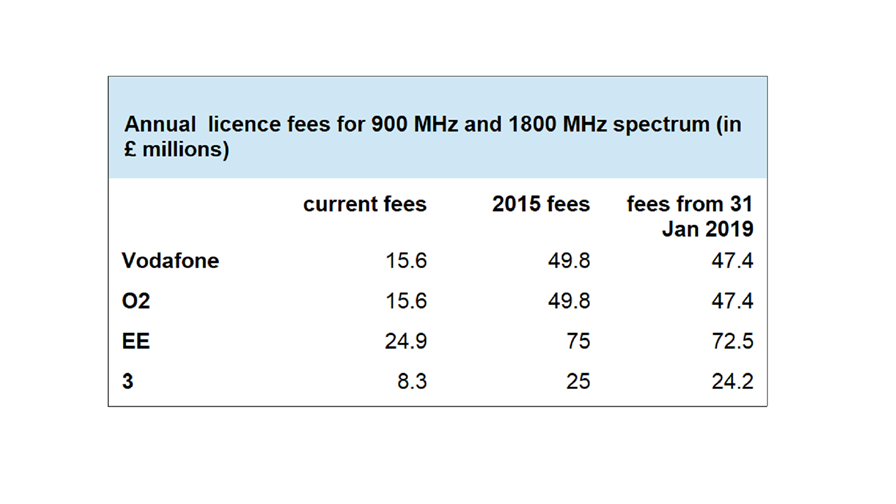