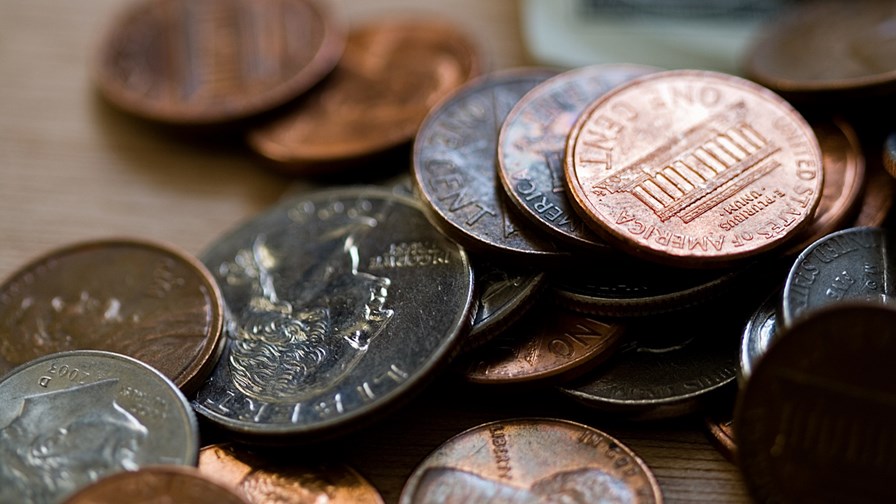 The first phase of the auction of 24 GHz mobile spectrum in the US has drawn to a close with total bids coming in just shy of US$2 billion. The process now moves to the assignment phase, but with spectrum winners unlikely to pledge additional sizeable sums to secure specific frequency locations, the sale has effectively ended with with less cash raised than expected.

The FCC announced the conclusion of the so-called clock phase of auction 102 on Wednesday. The process raised $1.99 billion with 2,904 of 2,909 licences snapped up. However, we won't learn the identities of the winning bidders until after the assignment phase, which will begin on 3 May. The telcos that won 28 GHz frequencies in auction 101 earlier this year are also still bound by non-disclosure rules.

Historically, the assignment phases of spectrum auctions tend to add little to the overall total. The 600 MHz incentive auction that took place in 2017 generated an additional $136 million out of an overall sum of $19.8 billion, for example.

This auction looks set to be no different. Ari Meltzer partner at law firm Wiley Rein confirmed to TelecomTV on Thursday that he does not expect the assignment round to generate substantial revenues.

"There is one market where the FCC issued a partially impaired license (only 75 MHz) and the winning bidder will want to ensure that it is adjacent to its U category licences, but we expect bids will generally be pretty low," Meltzer said.

The geographic area covering Albuquerque, New Mexico had a G-block licence consisting of 75 MHz of spectrum rather than 100 MHz.

In addition, "it is a sealed bid auction, so there is not a lot a lot of opportunity for an unexpected bidding war," Meltzer added.

That means that while $2 billion is no small sum, the auction has raised significantly less than industry-watchers expected. Many analysts put the total at around the $5 billion mark with some suggesting figures even higher.

Indeed, technology and legal specialist and COO of The Spectrum Consortium in the US Sasha Javid noted in a blog post that the auction total equates to a price of $0.0091 per MHz-POP, which is around 20% less than the $0.0113 per MHz-POP figure generated in auction 101. "Given that Auction 101 did not include many of the major markets, the fact that Auction 102 finished at a lower price, is a surprise," Javid said.

A surprise and a relief, surely, to the participating telcos, some of whom doubtless also took part in auction 101, which raised $702.57 million in total and will bid in the next 5G sale, auction 103, which is due to begin in December. Last week the FCC invited comment on the bidding procedures that will govern the sale, which will comprise airwaves in the upper 37 GHz, 39 GHz and 47 GHz bands, and will be "the largest spectrum auction in our nation’s history," the regulator said. Ouch, sounds expensive.

But first they must commit their loose change to the auction 102 assignment phase.

The FCC said it will structure the process so that the licences covering the largest populations are assigned first. Thus New York will be top of the list, followed by Los Angeles. Unsurprisingly those two locations also generated the largest sums in phase one at $229 million and $167 million respectively.