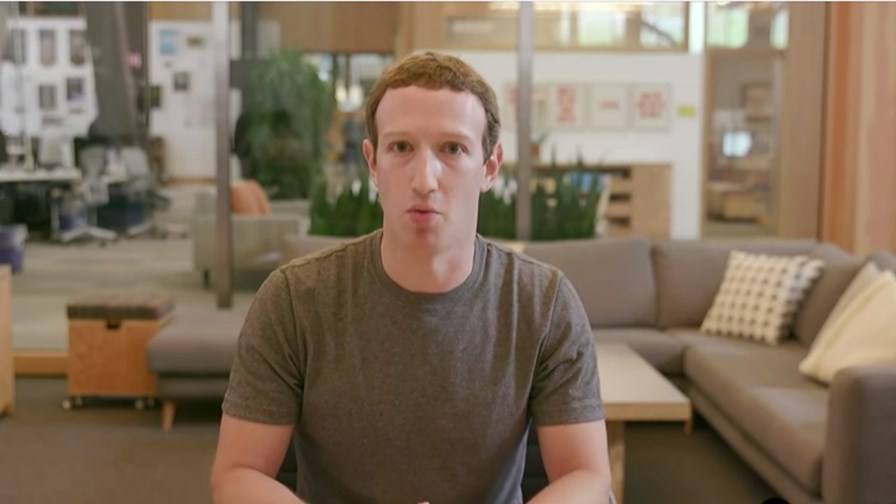 Facebook has executed an about-turn on the issue of releasing account information to the US authorities trying to gauge the extent of Russian tampering in last year’s presidential election. In a surprise move Mark Zuckerberg has announced  that he’ll authorise the turning over of 3000 political ads that appeared on Facebook and were linked to Russian accounts during the time of the election in 2016. Facebook had previously cited privacy concerns as a reason for holding back on such releases, but mounting evidence of the sheer scale and diversity of Russian Facebook activity seems to have forced his hand as political pressure mounted.

Zuckerberg said in a statement that he wanted to ensure that Facebook is a “force for good in democracy,” and he insisted that while “the amount of problematic content [Facebook has] found so far remains relatively small, any attempted interference is a serious issue.”

Well, the instances may be small in the Facebook scale of things (the site processes many billions of social interactions every year), but they nevertheless comprise a campaign any  political operative would be proud to conduct.

According to Slate (the online magazine) the detected activity includes a Facebook page called “Being Patriotic” which had  organised at least 12 Trump rallies in Florida which is always one of the key ‘swing states’ (likely to go either way) in the US and a big one, bringing with it 29 electoral votes. In the event Trump won by 1.2 percentage points and, of course, took all the electoral votes with him, all without the assistance of a single hanging chad.

Slate also points out that Facebook has already “shut down hundreds of fake accounts posing as American activists run by a Russian firm linked to the Kremlin.”

Perhaps the most damning piece of self-incrimination from Facebook came with an earlier admission to congressional investigators. Facebook admitted that it had found that a pro-Kremlin Russian “troll farm” (there’s an image to play with) bought $100,000 worth of ads targeted at U.S. voters between 2015 and 2017.

If anything, this dribble of information hints at greater activities happening out of sight. So Zuckerberg is right to be jumping into action now before more emerges and he and Facebook really find themselves in trouble.

Observers will struggle to understand why, if the malign influence of the Russians had already been uncovered (albeit in tiny amounts) more wasn’t done to look out for it: checking up on suspicious accounts, for instance.

For a company that claims it’s able to sort and sift its mountain of data to compile a social graph, it’s difficult to understand why its big data smarts seem to have deserted it when it came to tracking down Russian connections in its own accounts.

Well Zuckerberg claims he’s “spent a lot of time with our teams on the question of Russian interference in the US elections,” and that he cares “deeply about the democratic process and protecting its integrity." As a result of this burning desire he says he’s “built teams dedicated to working on election integrity and preventing governments from interfering in the elections of other nations. And as we've shared before, our teams have found and shut down thousands of fake accounts that could be attempting to influence elections in many countries, including recently in the French elections.”

The French mention is worth noting. By turning over documents in the US, Zuckerberg immediately raises the question of national equity. What if other governments ask that data be turned over to hunt down undue influence on their own electoral processes.  After all, even Russia itself is a democracy of sorts (Facebook isn’t big there though, it has its own version).

The distinction Facebook is driving towards is around ‘democracy’. It hints it may help properly democratic states to weed out the Ruskies, but not democratic laggards, certainly not dictatorships.

“Now, I wish I could tell you we're going to be able to stop all interference, but that wouldn't be realistic. There will always be bad people in the world, and we can't prevent all governments from all interference,” intoned Principal Zuck from his lectern at school assembly. “But we can make it harder. We can make it a lot harder. And that's what we're going to do.”

He says Facebook “will be actively” (as opposed to its usual inactivity) “working with the US government on its ongoing investigations into Russian interference. We have been investigating this for many months, and for a while we had found no evidence of fake accounts linked to Russia running ads. When we recently uncovered this activity, we provided that information to the special counsel. We also briefed Congress - and this morning I directed our team to provide the ads we've found to Congress as well.”

“Going forward - and perhaps the most important step we're taking - we're going to make political advertising more transparent. When someone buys political ads on TV or other media, they're required by law to disclose who paid for them. But you still don't know if you're seeing the same messages as everyone else. So we're going to bring Facebook to an even higher standard of transparency. Not only will you have to disclose which page paid for an ad, but we will also make it so you can visit an advertiser's page and see the ads they're currently running to any audience on Facebook. We will roll this out over the coming months, and we will work with others to create a new standard for transparency in online political ads,” he says.

So it’s up to you too. Facebook users will have to help with a gentle game of ‘spot the Ruskie’. In the meantime Zuck will beaver away doing good: “We are increasing our investment in security and specifically election integrity. In the next year, we will more than double the team working on [it] and we'll add more than 250 people across all our teams focused on security and safety for our community.