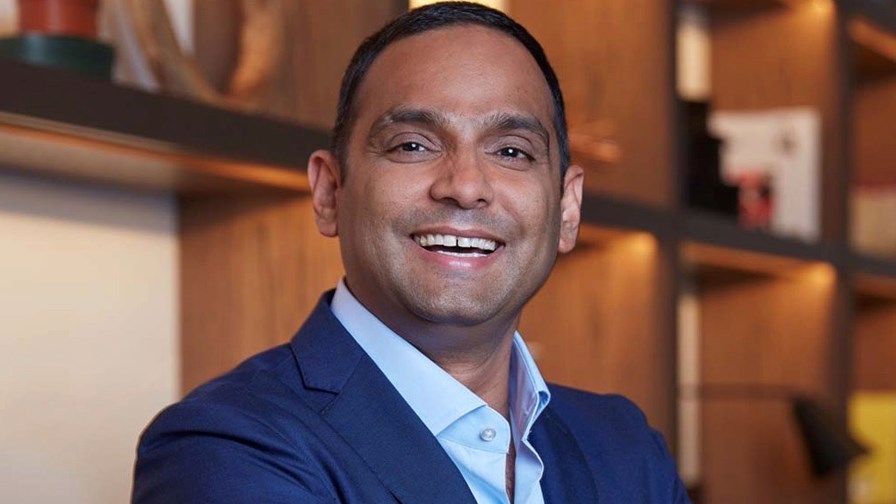 Verizon Business has announced the promotion of its chief revenue officer, Sowmyanarayan Sampath, to CEO of the operation, with effect from 1 July. He will replace Tami Erwin who, last month announced her departure from Verizon after 35 years in various roles at the US operator. Sampath joined Verizon in 2014 and has since held a number of senior roles, including senior vice president of business transformation, chief product officer for the consumer and enterprise businesses, chief financial officer at Verizon Media Group, and president of global enterprise where, according to the telco, he “spearheaded the commercial launch of Verizon’s 5G networks and multi-access edge computing (MEC) solutions.” Prior to Verizon he spent nine years at The Boston Consulting Group. Sampath takes the helm as Verizon Business looks to use the 5G experience it has gained in the US to win new business in international markets, particularly in the private wireless networks sector. For more on Sampath’s appointment, see this announcement.

Almost a year and a half after announcing its initial deployment, SK Telecom has established a new ‘5GX edge zone’ in Seoul to add to the one it established in Daejeon in late-2020. The 5GX edge zones are based on AWS Wavelength, whereby AWS compute and storage functionality is embedded in a network operator’s 5G infrastructure to enable low-latency edge services. As a result of the new deployment, SK Telecom says it will soon introduce a 5G Edge Discovery service that “automatically provides the most effective connection to low-latency, real-time services by discovering the edge zone closest to the customer's location.” The operator is also brokering new partnerships that can help with the development of dedicated 5GX edge-enabled services for enterprise users: With urban robotic delivery specialist Neubility, it is developing autonomous robot drivers that can be used for delivery services; with healthcare solutions specialist Sears Technology, it is developing “a service that remotely monitors a patient's ECG, body temperature, blood pressure, and other health conditions in real time” via a smartphone that communicates with local hospitals through the edge cloud platform; and with MakinaRocks, SK Telecom is developing ways in which industrial site data can be analysed in real time to detect malfunctions and accelerate manufacturing processes. For further details, see this announcement (in Korean).

Italian operator Telecom Italia (TIM) is reportedly looking to slash up to 1,200 jobs in its domestic market as a cost-saving measure. According to Reuters, the telco is in discussions with trade unions regarding a voluntary early-retirement programme, which it aims to roll out by November. The move is said to be the first step in a job-reduction strategy, led by the operator’s CEO Pietro Labriola, which, in the grand scheme of things, will save the company approximately €1bn by 2024. The news agency cited figures from Moody’s Investors Service, which estimates TIM’s 2021 employee expenses accounted for nearly a third of the company’s total operating spending (or 19% in revenue). The company is believed to have more than 42,000 staff in Italy alone. The move would be part of the new industrial strategy being implemented by Labriola. Related to that strategy, TIM is currently embroiled in a lengthy journey of attempting to merge its fixed-access network assets with those of Open Fiber, creating a single national broadband entity.

Deutsche Telekom has turned to a tech development unit of US cable operator giant Comcast for software to power its TV services in a number of European markets. The Cloud TV Suite developed by Comcast Technology Solutions will underpin the Magenta TV service in Austria initially, followed by other markets across Europe over the course of this year. “At Deutsche Telekom, we are committed to delivering the ultimate, world-class TV entertainment experience, which centres around the customer, through Magenta TV. This means deploying the most modern, flexible, and scalable back-end management system,” noted Pedro Bandeira, vice president of product and new business at Deutsche Telekom. The company will use the Cloud TV Suite to provide a comprehensive video management platform for centralised ingest of video assets; easy workflow management; multi-language metadata management; video processing; content protection; entitlements, availability windows, and rights enforcement; data analytics and insights; and publishing across devices. In addition, Comcast Technology Solutions is providing a round-the-clock service level agreement (SLA) and a dedicated support team. Read more.

The Centre for Development of Telematics (C-DOT), the primary R&D operation of India’s Department of Telecommunications (DoT), is to work with Indian specialist vendor WiSig Networks and VVDN Technologies to develop home-grown and cost-effective Open RAN-enabled 5G systems for the Indian market. WiSig Networks develops 5G base station components for sub-6 GHz and mmWave band deployments, while VVDN is an engineering and technology product manufacturing company that has already developed Open RAN-compliant IP stacks for multiple baseband and fronthaul product development scenarios. The move is part of the Make in India initiative, driven by the Indian government to promote indigenous telecoms technology development and production that enables the country’s mobile operators to source and deploy home-grown technology and Indian companies to develop products for export. For example, earlier this year, Reliance Industries teamed up with Sanmina to develop a technology production hub in the country. For more on that initiative, see this previous article about Bharti Airtel and Intel.

Cisco has rocked up to the RSA Conference with its plan for a “global, cloud-delivered, integrated platform that secures and connects organiSations of any shape and size.” The vendor says it is “designing the Cisco Security Cloud to be the industry’s most open platform, protecting the integrity of the entire IT ecosystem - without public cloud lock-in”. That’s a bold pitch... “With the complexity of hybrid work, continued acceleration of cloud adoption, and the ever-advancing threat landscape, organisations are looking for a trusted partner to help them achieve security resilience,” noted Jeetu Patel, executive vice president and general manager of security and collaboration at Cisco in this announcement. “We believe Cisco is uniquely positioned due to its scale, breadth of solutions and cloud-neutral business model to meet their needs,” he added. Well, naturally he would say Cisco is best placed to deliver what enterprises need, but there are plenty of others that would say the same thing (IBM, for one). Enterprises have a tough task trying to figure out how best to tackle the cybersecurity threats they face without getting locked in, left behind or left exposed, and many of those companies will already know Cisco. The question is... is the one-throat-to-choke approach the optimal one for an enterprise security strategy?