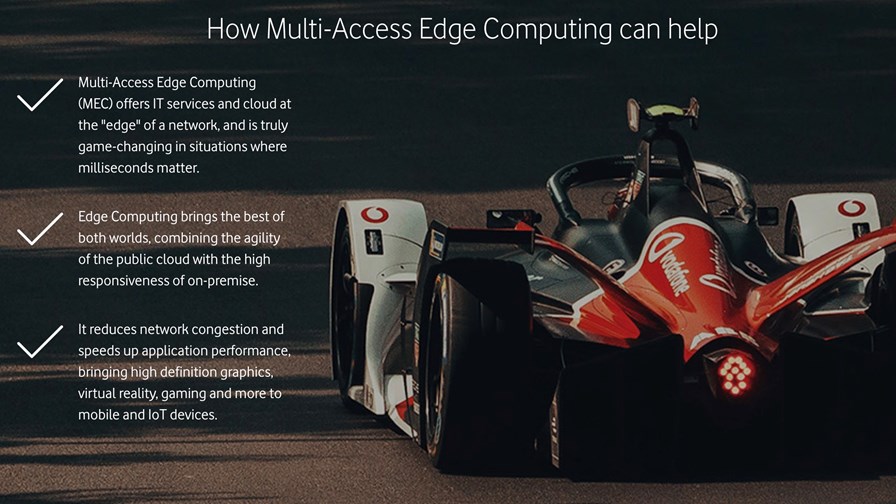 As the relationship between the hyperscalers and telcos begin to truly take shape and 5G connectivity becomes more pervasive, so the telco edge service sector is starting to become a reality: 2021 looks to be when the rubber hits the road and enterprises gauge whether the telcos have anything worthy of their requirements and investments.

During 2020, Verizon announced a number of locations for its Wavelength-based 5G Edge service, hitting its target of 10 markets by the end of the year by announcing Denver and Seattle on 28 December.

And it’s notable that such announcements are increasingly accompanied by examples of how enterprises are using specific edge-enabled applications: In Verizon’s case, it cited HARMAN’s use of its edge capabilities for Cellular Vehicle-to-Everything (C-V2X) services and Inception XR’s development of extended reality applications as customer examples, while also citing the in-house development of drone applications using its 5G Edge capabilities by subsidiary Skyward. Full details of what those involve can be found in this Verizon announcement.

In South Korea, SK Telecom announced its SKT 5GX Edge service on 24 December, while this editor was wrapping presents and deciding which vermouth to pour on the rocks.

The first location for its AWS Wavelength deployment is Daejeon, with Seoul to follow at some point this year. The Korean operator says its service had been in development for 10 months and that it collaborated with 20 enterprises to develop the most appropriate capabilities.

“SKT and AWS have been making efforts to improve operational stability of autonomous robots and efficiency in remote monitoring and control,” noted SK Telecom in this announcement. “Together with Woowa Brothers, the operator of food delivery app ‘Baedal Minjok,’ the two companies have completed tests of applying the 5G MEC service to outdoor food delivery robot Dilly Drive. Meanwhile, work continues with local robotics company Robotis to test run autonomous robots in the 5G cloud environment.”

Other developments include an Augmented Reality (AR) navigation and guidance system for a shopping centre and collaboration with Looxid Labs, a “provider of real-time analysis for eye-gaze tracking and brain wave data” to develop services for a senior citizen centre in Busan.

“In collaboration with AWS, SK Telecom has successfully integrated private 5G and edge cloud. By leveraging this new technology, we will lead the efforts to create and expand innovative business models in game, media services, logistics, and manufacturing industries,” noted Ryu Young-sang, President of MNO at SK Telecom.

KDDI focuses on video and gaming

In each case, KDDI outlined in this press release the specifics of the services and applications tested with its partners and the impact that low latency and high throughput had on the effectiveness of the services.

Vodafone believes it can offer single-digit latency from its London AWS Wavelength hub to users across quite a broad geographic area in the south and south-west of England and even as far as Cardiff in South Wales, but is not planning to host core network functions on the Wavelength platform but run them alongside. “The architecture will evolve over time as we move to 5G Standalone Core,” noted Vodafone in an email to TelecomTV.

And low latency is not always the driver for edge services, according to the Vodafone team. “We are working with developers and ISVs [software vendors] and from what we are seeing latency is not always the driver for all of these use cases. For example, for a lot of the video analytics solutions, where large amounts of date are generated, latency to single digit level is not required -- instead they are more interested in being able to quickly analyse and discard large amounts of data [locally]… The combination of mobile, with simple access, no cables, and cloud at the edge, with easy deployment without compromising on performance, will massively simplify deployment for these solutions, making them more accessible and bringing down costs,” stated the operator, adding that its edge services would be charged using a “cloud model, where customers pay for what they use.”

“Working with AWS on edge computing means we are making it simpler for both independent software vendors and our customers to experiment with this emerging technology,” noted Vinod Kumar, CEO of Vodafone Business, in an announcement made last month. “We’re doing this by offering an incubation space to create and test applications that we can then industrialise and scale.”

Such services are coming to market just as telcos, with the help of industry bodies such as the GSMA, figure out how they can enable edge service roaming. (See Major telcos claim edge roaming success.)

Pipes and platforms: Nokia’s take on how cloud offers CSPs a way off the capex treadmill