What’s up with… Cisco, Airtel Africa, dumbing down for ‘levelling up’ 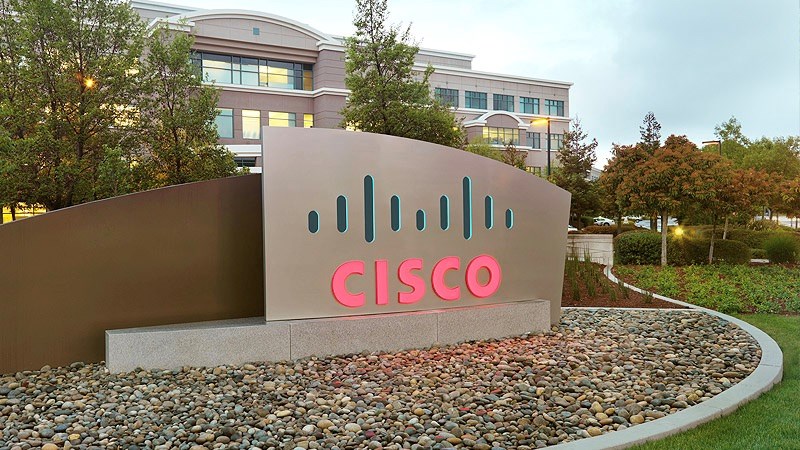 The latest offers in private 5G, some impressive growth numbers from Airtel Africa, and the latest cringe moment from the shores of Brexit Britain take us into the weekend.

Cisco has joined the growing throng of companies wanting to be the main 5G private wireless network partner to enterprise customers with a managed, as-a-service approach that cleverly plays the hybrid tech card. Buried (bizarrely!) in a broader announcement about hybrid working innovations issued on Thursday, the giant tech vendor unveiled Cisco Private 5G, its “Private 5G managed service delivered with global service provider and technology partners, [which] offers a wireless experience that is simple to start, intuitive to operate, and trusted for digital transitions to hybrid work and IoT.” Essentially, Cisco says its “vision of the future of work is built on wireless through a combination of private 5G and Wi-Fi, where enterprises can modernize, automate their operations, and benefit from the resulting productivity gains.” And it hammers home the idea that this is not only suited to enterprise needs, but is in tune with what businesses will want in a way that existing offers are not. In a blog to accompany the launch, Masum Mir, Vice President and General Manager for Cisco’s Mobile, Cable and IoT business, notes that “competitors are going about it the wrong way. They would have you adopt a complex, carrier-centric 5G solution that’s radically different from what you already know and use. Some even ignore Wi-Fi entirely. As the top enterprise networking, wireless, security, Industrial IoT, and collaboration IT vendor, we know how to build a solution that fits your enterprise needs, where Cisco Private 5G is integrated with Wi-Fi and existing IT operations environments. This makes your transformation easy, and we’re the only vendor to empower enterprise customers to extend what they already own and understand into new possibilities.” And it’s offered via a “pay-as-you-use” subscription model, which “means that you and your deployment partners will have minimal up-front infrastructure costs, so no matter how small the start or how massive the goal, costs remain in line with value. By comparison, traditional purchasing models force you to ‘spend a lot and wait’ for productivity or profitability,” adds Mir. If telcos really want to understand the enterprise market and deliver what businesses want, they could do worse than learn a few lessons from the Cisco playbook. For more on private network developments, check out our new dedicated TelecomTV Channel.

And that’s not all from the world of private networks... Samsung Electronics America and Amdocs are to collaborate to “deliver end-to-end 4G and 5G private network solutions to U.S. enterprises to help businesses across key industries leverage next-generation communications applications and services.” Read more.

Airtel Africa is on a growth spurt… The regional operator has reported a near 22% increase in revenues for the first nine months of its fiscal year (to the end of December 2021) to almost $3.5 billion, and ended calendar 2021 with 125.8 million customers, up from 118.9 million a year earlier. For all the details, see this earnings announcement.

Apropos Thursday’s article about the UK government’s Levelling Up White Paper and 5G… First, a confession: No TelecomTV journalists were injured in the writing of the story, despite the report being 332 pages long and that a physical version must weigh-in at several kilos. A second confession: No TelecomTV journalist read the whole bloated, repetitive thing. A few salient pages were read, some few more skimmed and the rest… well, forget it. We made do with a government-provided 17-page précis which excises a mountain of verbiage but still manages to be repetitive - for good reason. What fun to discover that whoever cobbled together the full report didn’t bother to have it proof-read, presumably on the legitimate grounds that whoever got the job would either go mad, blind or both. It is full of typos, spelling mistakes and other publishing errors and it’s repetitive because the same entire paragraphs appear time and again. The ideas in the White Paper are old, tired, thin, recycled and padded-out like Terry Jones was in the Monty Python film ‘The Meaning of Life’ when he played the explosive Mr. Creosote. There’s a bit of ancient history in there too, probably contributed by the country’s leading living classicist, the British prime minister. There are pages on the history of Rome and on Old Testament Jericho, Renaissance Europe, the Medici’s of 15th Century Florence and an exhaustive list of the world’s biggest cities since 7,000 BC. There are pages and pages and pages of maps but very little of any substance on the Levelling Up Agenda’s Fourth Mission - telecoms, the digital society and ubiquitous broadband. The most egregious “error”? The wholesale lifting of articles from Wikipedia and pasting them into the body of the report. We can confidently now expect the next UK telecoms policy document to be a mashup of Alice Through the Looking Glass, The Hungry Caterpillar and the diaries of the 16th Century Tsar Boris Godunov, whose reign descended into “The Time of Troubles.” It’s happening now and it should be a cracking read.

VEON is relocating its group parent company from Bermuda to the UK to locate the company “in a jurisdiction with high standards of corporate governance and a strong and transparent legal framework that is close to its operational headquarters in Amsterdam. The change of the place of incorporation of the top holding company is expected to enable VEON and its operating subsidiaries to operate more effectively across its markets, to best position the VEON Group for the future,” noted the company in this announcement. Well, it’s good to see a company being proactive about distancing themselves from such tax havens. Oh, but hold on, there’s more… “It is expected that such change will also provide the Company with the necessary flexibility vis-à-vis current and future tightening of regulatory requirements in many of its markets of operation, including Russia, which recently introduced a new law introducing certain conditions for companies participating in Russian state and municipal procurement tenders or contracts.” Ah, maybe not so proactive… VEON has more than 200 million customers in markets such as Russia, Ukraine and Pakistan and an annual revenue run rate (based on Q3 2021 sales) of about $8 billion.

India’s Minister of Finance, Nirmala Sitharaman, unveiled a plan by the government to auction 5G spectrum this year, with a goal for services using the next-generation mobile network technology to be commercially available before March 2023, reported The Hindu. The announcement came earlier in the week during the country’s annual budget statement. The Telecom Regulatory Authority of India (TRAI) is said to be working on recommendations for the auction, which are expected to be published by March this year. Read more about the plan by India’s officials here. In May 2021, India allocated spectrum in the 700 MHz, 3.3-3.6 GHz  and 24.25-28.5 GHz bands for 5G trials.