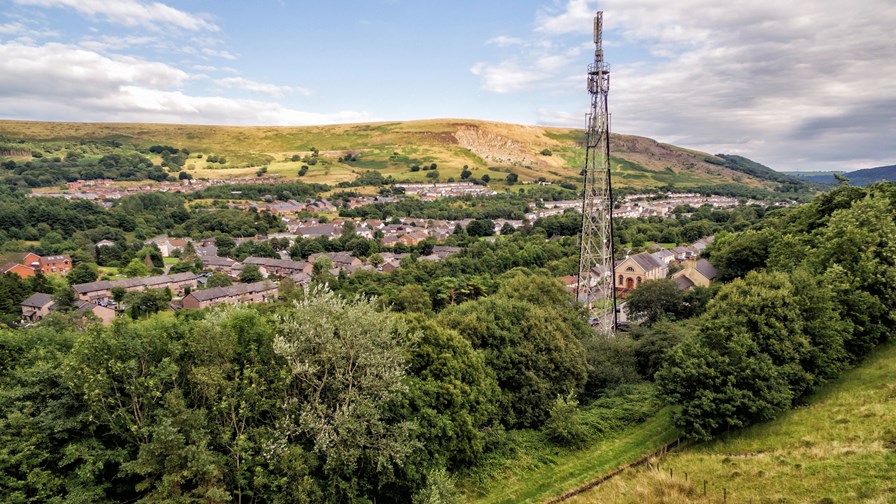 The UK government has, after 15 months, at last introduced its “Levelling Up White Paper”, giving some theoretical substance to a key manifesto pledge made in the run-up to the 2019 General Election. It consists of 332 densely packed pages that are very heavy with footnotes and articulates the “12 Pillars” of some sort of wisdom (come on, be fair, T.E Lawrence ‘of Arabia’ could only manage seven). Of the “missions” outlined, Number 4 in the list is the provision of nationwide gigabit broadband and 4G and 5G for the “majority of the population - by 2030. So, the re-balance is going to take a very long time, decades in fact, given that no extra money beyond that announced just after the election is being made available.

In essence the “levelling up” policy of the current Conservative administration is to mitigate the imbalances between areas and social groups in the UK that have “fallen behind” the wealthy South-East of England following the mass de-industrialisation of the north since the 1980s and after 10 years of the government policy of stringent “austerity” and repeated cutbacks. The idea is that such areas will be brought level with the South-East without detriment to the already prosperous regions.

Where telecoms, broadband and digital Britain is concerned, Mobile UK, the trade association for the nation’s four (for now) mobile network operators – BT/EE, O2, Three and Vodafone – says the government “must take urgent action to ensure that local authorities are provided with the right ‘on-the-ground resources’ to smooth rollout” and that the administration “creates a positive investment environment to enable mobile operators to deploy its networks quickly and effectively across the country.”

What this means is that Mobile UK is pressing the government to provide enough compensation in tax breaks, funding or other means of support at the local level to assist local authorities and to fund Digital Champions.

Mobile UK’s mission is to work with government, regulators, civil society and other interested parties to exploit the power of mobile to improve the lives of the customers of network operators and the bolster the prosperity of the UK as a whole. It also lobbies the government to enable “a positive investment environment.”

UK businesses and consumers alike are now massively dependent on mobile telephony and broadband and 4G is already immensely popular. It is expected that 5G will be even more compelling. However, at a local level the deployment of comms infrastructure can be delayed because of planning issues, an absence of co-ordination between involved parties and the shifting priorities of municipal and smaller local authorities (often dictated by finance, or a lack of it) where issues such as housing and public health must take precedence.

Mobile UK says that with resources so heavily constrained, far too many local authorities are unable to allocate sufficient priority, time or personnel to the co-ordination of strategies for digital connectivity. Indeed, according to a recent report, just 45 per cent of local councillors said their local authority have a digital strategy in place and aa mere 31 per cent stated said their council has a designated Digital Champion.

It adds that Digital Champions, with the right funding and skillset, are vital to building understanding and co-ordination both within local authorities and across industry, while “clear leadership, both politically and at officer level, builds better understanding of the technology and how it will benefit the council, residents, and businesses to enhance local areas.”

Interestingly, and potentially ominously for the consumer, the press release adds, “The UK continues to be an expensive place to build while customers’ mobile bills are some of the lowest in Europe. At the same time the use of data has grown massively. Mobile operators must continually invest to ensure that capacity and service levels are maintained while the revenue they receive continues to fall. The government must, through its Wireless Infrastructure Review, and Ofcom’s Mobile Strategic Review, consider these changing environments to ensure that those that build and provide the infrastructure that underpins our connectivity, and that will ultimately enable the government’s mission to level up, can continue to invest in the UK.”

It’s not clear quite what this means. Is it a plea for extra government funds? Another way of whining about regulation? Or a coded message opining that comms bills should rise even faster than they have been and still are?

In point of fact, although the Levelling Up White Paper makes much of gigabit ‘capable’ broadband connectivity across the country by 2030, in its 2019 election manifesto the now-ruling Johnson administration pledged to provide it by 2025. After being scaled-back in the government spending review of November 2020, it seems construction of the full ‘pillar’ will now take five years longer than was promised. Asked on TV if that is indeed the case, Michael Gove, the government minister in charge of the levelling up agenda commented, “Not at all. We’ve made huge progress in the rollout of gigabit broadband. Those are slightly different targets.” Except of course they are not targets at all, merely aspirations - like the “H” in “Hell’s Bells! Can’t you ever give a straight answer to a straight question?”

Till Sommer, the head of policy at the Internet Service Providers’ Association (ISPA), commented, “We really hope that the 2025 and 2030 targets will help to focus government and parliament on passing ambitious reforms and providing cross-Government support for our sector.”