Now We are Six: For Britain's kids Winnie the Pooh gives way to mastery of broadband technology 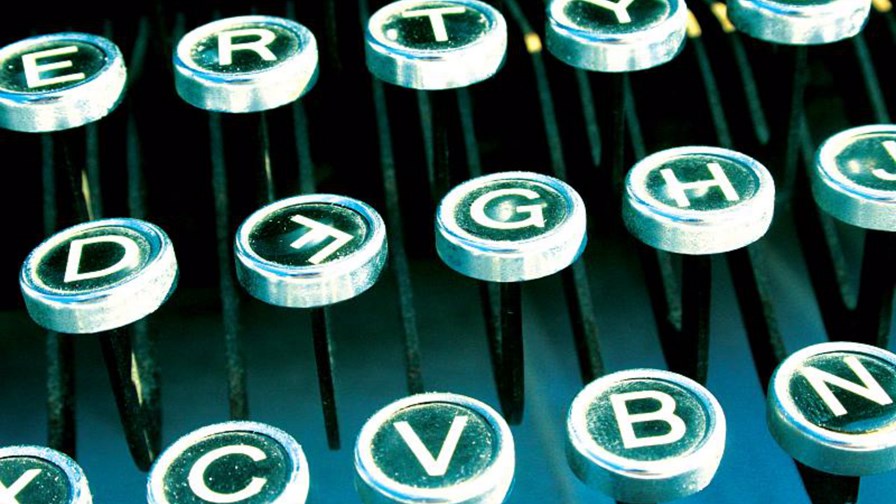 Ofcom, the UK's media and comms regulator has published its 2013/2014 annual report on the latest trends observed in British use of communications technologies and the media. The headline finding is that the average six year-old knows more about, and is better at using, various digital technologies than the average 45 year-old adult. This is something that 45 year-old Brits (and many others on other side of that particular age) know only too well.

The Ofcom report says that since broadband became commonly available across the UK, back in 2000, a new generation of children have be born unaware that before their arrival the use and availability of electronic communications and Internet access were rather more difficult. For them the teeth-grinding, buttock-clenching misery of dial-up access and the programming of video tape recorders is no more than a scary bedtime story to be "consumed" on an iPad.

These days, (as an alarming plethora of You Tube videos illustrates) it is commonplace for babes and sucklings to be able to use tablets and smartphones well before they are able to talk. It doesn't stop them poo-ing in their pants though. Some things never change.

Jane Rumble, head of Ofcom's media research department comments, "Younger people are shaping communications. As a result of growing up in the Digital Age they are developing fundamentally different communications habits from older generations even from what we call the "early adopters" the 16-to-24 age group".

Fingers point at the Digital Quotient

The basis of Ofcom's assertion is a test the regulator set for 2,000 UK adults and 800 children. It was was pretty much an IQ test that had been tweaked and skewed to assess what Ofcom calls the "Digital Quotient".

This, it seems, is an Ofcom-invented 'measure' of small children's "understanding" and "awareness" of products and services ranging from tablets and smartphones to the ability to use fast Internet access, 4G smartphones, smart watches and mobile apps. Also assessed was "self-confidence" in using such devices.

The results show that in the study group of six and seven year-olds the average DQ is 98. Middle-aged users in the 45 to 49 year old bracket scored 96 per cent but that sad score is mitigated by the fact that most most of them didn't throw their laptops out of the window when told that it was time for them to go to bed.

According to Ofcom, "digital understanding" is at its apogee between the ages of 14 and 15. Thus the hobbledehoy DQ is 113 but it soon tumbles and reaches its nadir after the age of 65. The only bright spot in this depressing litany is the thought that even Peter Pan Zuckerberg is slowly but surely losing it. It is one that will cheer many.

Not satisfied simply to give most parents a dose of the shuddering squits on reading its report, Ofcom is selflessly to provide online an abbreviated version of its test that will, "give a DQ score and advice on how to improve your understanding and protect you and your family online."

The Ofcom research shows that 54 per cent of the 6-to-15 age group know a good deal about tablets, smartphones and apps but remain stubbornly unable to tie their shoelaces. The rest have some knowledge while just three per cent remain in blighted ignorance but are still scared of the monsters under the bed.

Of the adults tested for DQ, 50 per cent demonstrated a good knowledge of smartphones tablets and apps but 50 per cent knew nothing of the delights of Snapchat and its ilk; which is probably just as well for us all.

Perhaps the most significant trend exposed by the research relates to the amount of time Brits spend on the phone. Twenty years ago in most UK households, teenagers spent entire evenings monopolising the family landline, usually sitting on the seat in the hallway next to the little table whereon sat the phone itself. Either that or as far up the stairs as the cord length would allow making a visit to the ablutions by the adults a tricky   journey fraught with the dangers of exasperation, contempt and abuse spiced with the distinct possibility of broken leg or worse occasioned by tripping over the telephone wire on the way back  down. many of us still bear the scars of such misadventures.

Now though, the route to the lavatory is generally clear as British 12 to 15 year olds spend a mere 3 per cent of their time talking on the phone. Socialising is via social media, instant messaging, texting and video and photo sharing. Ofcom says, "The millennium generation is losing its voice". Good, at least it'll be quiet.

Interestingly, British kids just don't do email. A mere 2 per cent admitted to the arcane practice while 33 per cent of adults still like the old ways best.

Meanwhile, over on the telly

Things are changing there too with less than half of 12-to-15 year-olds bothering to watch  either linear or time-shifted TV programmes (70 per cent of adults do still watch TV in the 'traditional' way) preferring instead to get their fix from short video clips on You Tube, Facebook and elsewhere. The same age group relies increasingly on streamed video content from the likes of Netflix and iTunes and most content is consumed on tablets and smartphones rather than via TV screens or laptop computers.

The 16-to-24 age-group spends most of its waking life attached to and consuming a range of media and technologies and for  an average of 14 hours and 7 minutes per diem lid latched limpet-like to various comms devices. However, they have all but given up reading books, newspapers and other print media.

Even amongst the older age groups the number of hours spent watching traditional television programmes the traditional way is on the wane. The average in 2013 was 3 hours and 52 minutes a day compared to 4 hours, 2 minutes in 2011.

At the geriatric end of the scale, Ofcom says the over-65 year-old demographic are now beginning to embrace the Internet after years of shunning it. The regulator puts this down to the proliferation and ease of use of tablet devices.

The upshot of the report is that just about anyone over the age 0f 24 is past it - technology wise. The rest, those in the 24-to-64 bracket, are, basically, digitally useless, ham-fisted has-beens. However, the over-65s are now coping well with new technologies and may well become masters of the comms universe as they descend into their second childhoods and find they can give six -year-olds a whupping.