Conference lauds openness of Chinese Internet; during a year of unparalleled censorship 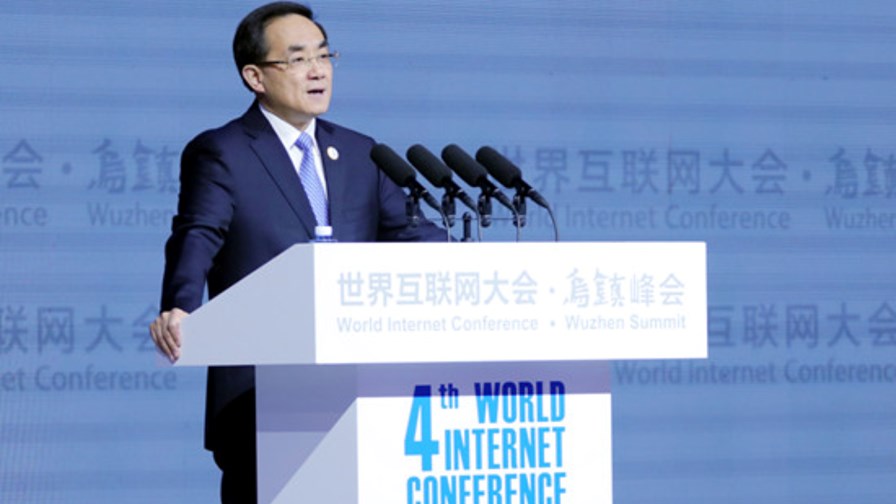 Irony of ironies: Much of the official emphasis at China's fourth annual World Internet Conference, held in Wuzhen, Zhejiang Province in the east of the People's Republic, was on the "openness" of the country's heavily policed Internet. However, it did not escape the notice of many overseas delegates that the conference took place at the end of a year of unparalleled increases in Internet control and censorship in China – although there was little public acknowledgement or debate about that in the Alice Through the Looking Glass world of the "Wuzhen Summit".

The World Internet Conference first took place in 2014 under the tutelage of Lu Wei, who, at that time was the man who wielded the iron rod of control over China's Internet by dint of his role as the head of the PRC's Cyberspace Administration. In 2015 he actually took the stage at the conference to deny that China imposes any censorship on its domestic Internet. He said, "It is a misuse of words if you say 'content censorship.' But no censorship does not mean there is no management." It was a piece of sophistry worthy of a Ming Dynasty mandarin never mind a communist party apparatchik in the 21st century.

But now Lu Wei is history. He got too big for his boots and was seen by senior Party officials as 'flashy'. Recently, he abruptly 'resigned' from his post as censor-in-chief and is being investigated for corruption and "severe disciplinary violations". Not that you would have known anything about that from the Chinese Internet. The story was censored. Meanwhile, his successor, Xu Lin, maintains a profile so low as to be all but invisible.

So, in reality, the World Internet Conference in China is pretty much akin to, but much less benign than, World Series baseball in America, where 'the world' consists only of US teams. The Wuzhen Summits are designed to give credibility to, and reflect, the reality of China's vision of a heavily controlled Internet, This is not a vision that prevails in many other parts of the world (with notable exceptions such as North Korea, Saudi Arabia, Iran, Cuba etc.) but the great and the good from western countries dutifully roll up each year and keep schtum about what's really happening because they want to make money from the Chinese market, and if that requires a kow-towing to the powers that be then so be it.

Take the knee to make the dough

For example, the likes of Tim Cook, the CEO of Apple and Sundar Pichai of Google were there. Indeed Tim Cook told delegates, "The theme of this conference, developing a digital economy for openness and shared benefits, is a vision we at Apple share. We are proud to have worked alongside many of our partners in China to help build a community that will join a common future in cyberspace." He trotted out this greasy palliative tripe in the full knowledge that 99 per cent of the Chinese population cannot be part of common cyberspace today and will not be for long, long into the future. Of course, hand-picked delegates at the conference were a different matter. They had access to a special secure WiFi network that gave direct access to the global Internet.

As might be expected given the foregoing, access to the event was very carefully controlled and AI-enabled surveillance technologies, including facial recognition, were widely deployed both inside and outside the venue. Indeed, such is the surety of control that the Chinese authorities have over its citizenry that one company, Face++, demonstrated the techno police state in full action mode within the conference centre itself. The company's facial recognition system was used to track and monitor individuals and details of their personal appearance (hair colour, hair length, distinguishing marks, clothing and jewellery worn etc.) were shown to all and sundry on a big video screen. Big Brother was being Big Brother, and publicly proud to show it.

It is said that the world's telcos are sitting on a veritable goldmine in the shape of the vast amount of customer data they hold. China Unicom has been collecting subscriber information for many years now and was keen to show a little of what could be done with it. Thus, maps showing the mass movement of Beijing's population over the course of the daily commute got a lot of interest. As did a demo showing where foreign visitors were on the Unicom network. That particular application caused quite a lot of concern and apprehension to the delegates but that it was demonstrated at all is prima facie evidence that snooping capabilities in the PRC are both advanced and accepted as the norm by the Chinese people.

China's home-grown Internet successes were also well represented at the World Internet Conference and Jack Ma, the chairman of the huge and powerful Alibaba Group took the opportunity to defend China's trade policies and to criticise foreign companies (or more especially criticise US companies) for 'whining' about trade barriers, tariffs and skewed  competitive landscapes.

As the possibility of full-on trade war between China and the US grows, Jack Ma said that overseas companies wanting to do business with China "may not be taking the right approach." He added, "What you must do, when you determine to come, is to prepare for it, follow the rules and laws and spend at least 10 years. Don't expect quick success. This is not a market where you can just come and go. It’s not easy to do business across nations, it takes time.”

This year’s conference took place even as the Office of the United States Trade Representative (USTR) is investigating a welter of complaints that American companies wanting to enter the Chinese market can only do by handing over technology and trade secrets to Chinese "partners". For their part, the Chinese authorities say the USTR investigation is blatant protectionism writ large and if it continues it will have a deleterious effect on future trade relations between China and the US. It would be funny if it wasn't so serious.

And here's a fact that may have been forgotten and/or that any people may not be aware. In 2014, at the inaugural World Internet Conference, a person or persons unknown, (and certainly unseen), shoved a so-called "draft joint statement on cyber sovereignty" under the doors of hotel rooms as conference delegates slept. The document claimed that the conference had affirmed the Chinese view that individual nations have the right to "develop, use, and govern the Internet" for their own purposes. It hadn't. I wonder who could possibly have done that?