BT fine shows up shocking cost of UK 118 services, even after price cap 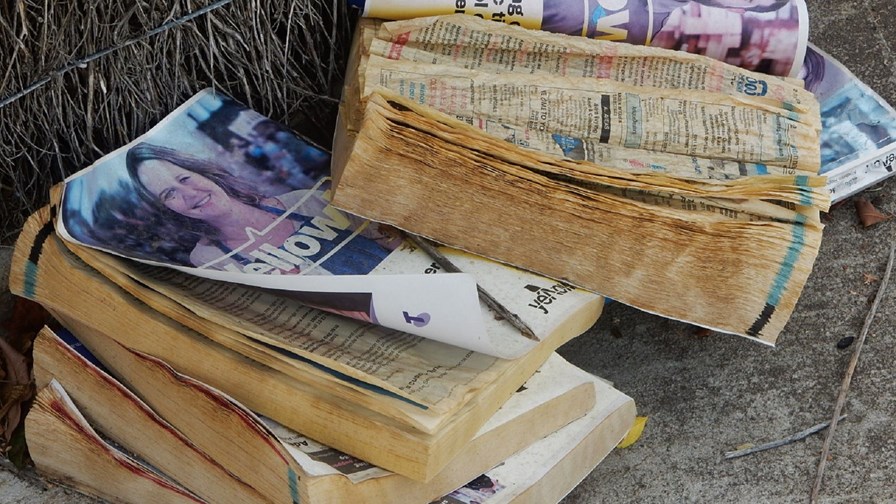 Ofcom's announcement that it is levying a hefty fine on BT for overcharging directory enquiries customers caught my eye for a number of reasons this morning, not least because I had no idea people still called directory enquiries.

I was wrong on that point: 1.1 million still use traditional DQ services in the UK and boy, are they paying through the nose for it? And I'm not just talking about BT's overcharging shenanigans. But first, BT.

The size of the fine it received is noteworthy. A sanction of £245,000 is not balance sheet affecting for a company the size of BT. Not that I'm suggesting the UK incumbent is thrilled to be handing over the best part of a quarter of a million pounds to the Treasury. It's not about the fine itself, but the fact that it is more than 20 times the amount by which BT's EE unit was adjudged to have overcharged customers during the April-June period last year.

According to Ofcom, the telco failed to adhere to the price caps it put in place in April last year and as a result overcharged 6,000 customers for calls to numbers with the 118 prefix to the tune of £45,000. However, BT corrected many bills before customers received them, meaning the actual amount overcharged was £10,000 and all have been refunded. The £245,000 fine could have been higher, but Ofcom awarded BT a 30% discount for cooperating nicely and agreeing to settle the case.

"BT's failure to implement the 118 price cap was a serious breach of our rules, particularly taking into account the potentially vulnerable people that use directory enquiry services," Ofcom said, in a statement, noting that older people and those without Internet access are the most likely to use 118 services.

Well, yes, fair enough. Being, I like to think, socially-minded I found myself nodding sagely until the realisation hit:

This is Ofcom handing out penalties for failing vulnerable people. Ofcom. The outfit that allows telcos to charge – brace yourselves – as much as £3.65 per 90 seconds for a call to a 118 number.

Yup, that's the figure the regulator mandated as a ceiling price for DQ calls in November 2018 following a market review, and the figure BT violated.

Now, you could argue that at least the regulator took action, and has brought down prices significantly as a result; its 2018 report noted that the most well known DQ number in the UK, 118 118, charged £8.98 for any call up to one minute in length, a fourfold increase over six years, and £13.47 for a two-minute call, while some other providers charged in excess of £20 for a two-minute call.

The price caps will "protect consumers by reducing bill shock and improve the affordability of DQ services," Ofcom said.

Possibly, although this journalist still has a case of bill shock by proxy.

Contrast the above with comments made by the regulator when the DQ sector was first opened up the best part of two decades ago.

"And there will be real competition on price too," said David Edmonds, Director General of Telecommunications at Oftel, Ofcom's predecessor, on the eve of the launch of the new 118 providers in 2002. At the time, BT charged a flat rate of 40 pence for its 192 directory enquiries service.

Perhaps it's harsh to blame Ofcom for the mistakes of its forbears, but the fact that it took until last year to cap prices, despite consistent increases and related reductions in usage, is pretty weak. As an aside, the rise of mobile data also played a huge part in the decline in usage of DQ services, but the regulator released a study as long ago as 2005 that showed usage was already on the wane with consumers blaming high costs compared with 192.

Now, just to be clear, I'm not suggesting that BT is somehow the victim here. It broke the rules and Ofcom is ensuring it pays the price. All well and good. No, the point is that while Ofcom is happy enough to come down hard on the incumbent in its quest to protect the vulnerable, they might be better served by the creation of an entry-level service that could really help them stay connected with the outside world by not charging a week's pension to provide a phone number for a GP, an old friend, dodgy massage parlour, or whatever. Sheesh.