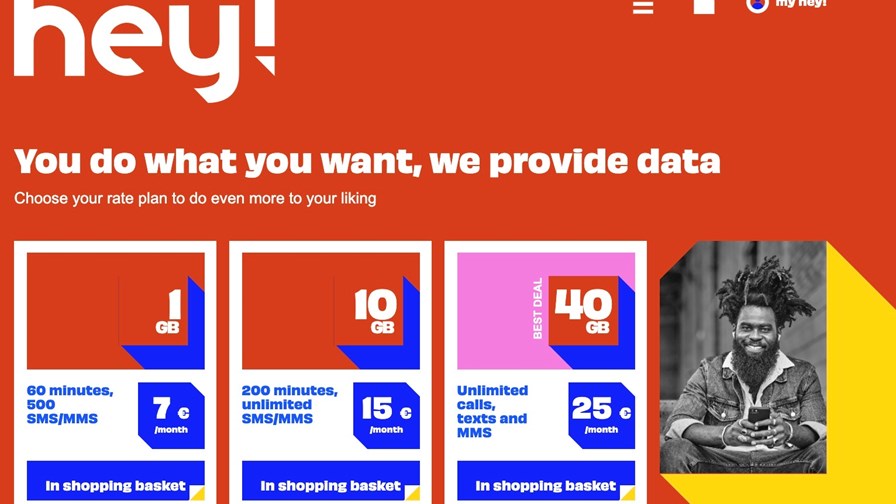 A new all-digital and environmentally-friendly European service provider and a return to the German broadband market for Liberty Global are our news frontrunners today.

Orange Belgium has launched a new 100% digital brand called hey! And it has a green approach to service enablement: “hey! offers very competitive prices and a brand new customer experience, but is also designed to have the lowest environmental impact possible: Recycled plastic SIM cards, a fully digital customer journey, full carbon neutrality of its operations and certified 100% recycled packaging and paper use. Not only that, hey! is also offering “aggressive prices,” including a package that offers unlimited voice and messaging and 40 Gbytes of data for just €25 per month.

Liberty Global, for so long a bastion of cable network technology deployments, is swinging more towards pure fibre broadband access developments, it seems. Having rubber-stamped the shift to fibre from DOCSIS at its UK joint venture Virgin Media O2, it has now joined forces with private equity firm InfraVia Capital Partners to form a joint venture called Liberty Networks Germany that will assess the “opportunity in building fibre-to-the-home networks in Germany... The JV will take a modular approach, with the first phase targeting a small number of municipalities in Germany,” the partners state in this announcement.  Libery was formerly heavily involved in Germany’s broadband sector via its Unitymedia vehicle, which it sold to Vodafone in 2019.

Still in the European FTTH sector... The UK FTTH/P market is ripe for some consolidation, as we noted earlier this week, and it seems like it’s already started, as ISP Review has noted in this scoop that privately-held TalkTalk is now has “significant control” over fibre broadband altnet Freedom Fibre, which was talking up a new round of funding recently. Now we know where at least a good chunk of that money was coming from...

Apple is losing its blob over a proposed European Commission move to standardize the power connection for all smartphones and small electronic devices on the USB-C charger specification, which the iPhone does not support, reports the BBC.

Xilinx has teamed up with NEC on the development of its next generation 5G radio units for multiple frequencies and Open RAN support. “Designed to address worldwide markets, NEC RUs will support a wide range of 5G frequencies, including C-Band. The Xilinx Versal AI Core series devices used within the NEC RUs enable advanced signal processing and beamforming, while also integrating O-RAN capabilities,” noted the partners in this announcement.

Telcos have a real opportunity to revamp their capex processes and make them more agile, according to a new report from EY, which found that 42% of telcos admit their “approach to capital investment planning is too static and rigid (compared to 38% for media and entertainment companies and just 25% of tech companies).” At the same time, “telcos are the least likely to regularly review and adjust investments (16% compared to 26% of tech and 31% of media and entertainment companies),” while “38% of telcos struggle to find sufficient data to add credibility to the decision-making process – notably higher than media and entertainment (30%) and tech (28%) respondents.”