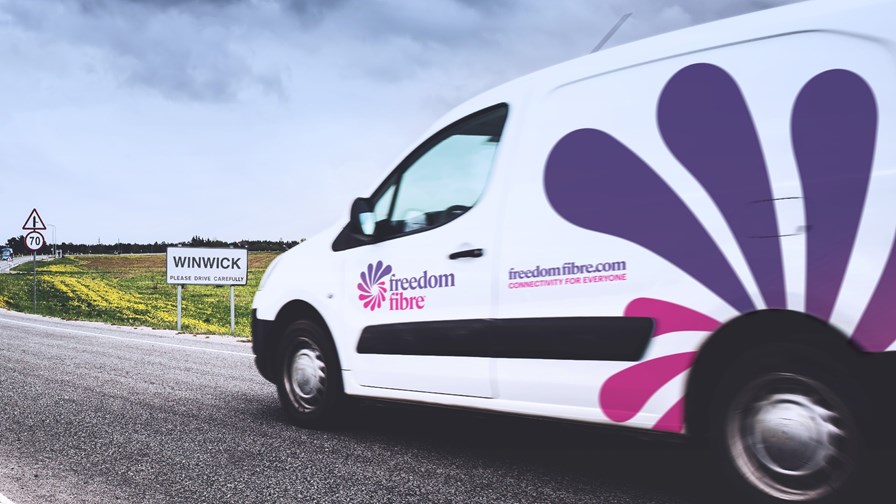 Even after the last two years’ burst of UK fibre building by multiple providers old and new, there is still thought by investors to be enough room for new players and, presumably, new approaches and business models to fill gaps in the broadband landscape. Plenty more to play for, in other words.

One new wholesale fibre player, Freedom Fibre, says its ‘mission’ - as far as that’s been articulated - is to “Take fibre off the beaten track”. It will go after dense urban areas, of course, but really has its sights set on what its characterising as relatively overlooked ‘semi-urban’ locations which, its spokesperson says, are fairly numerous in its target area in the North West of England  - presumably because of the way town planning laws have been applied over the years. In fact many towns and villages right across the country have been kept bunched up, sometimes hemmed in by ‘green’ reserves; while others have been allowed to sprawl along main roads, for instance, presenting a varied demographic jigsaw puzzle for the aspiring network builder.

Whatever the reasons, what you end up with are semi-urban landscapes: not dense enough to be viewed as urban, but certainly not sparse and rural. These are the target areas for Freedom Fibre, along with the more ‘hard to reach” properties, which it says it will tackle “by utilising the Government Gigabit Voucher Scheme”.

The company is very new, first appearing earlier this year and while not exactly in stealth mode (it’s just issued a press release), is still keeping its cards close to its chest and its financial details are scant. According to a spokesperson, prudence dictates that its exact financial situation and strategy be kept under wraps for the time being.

While it may be new it’s headed up by a seasoned telecoms executive, Neil McArthur, who has 30 years’ experience in UK Telecoms, having founded Opal Telecom (which led to the creation of TalkTalk) along with other leadership positions. He says he’s recruited a suitably experienced leadership team for Freedom Fibre’s broadband roll-out.

The company is based in Irlam, Greater Manchester, and has already performed well enough over just a few months  to secure a second round of equity funding. The aim is to build ‘ultrafast’ fibre broadband to an initial 5,000 homes in Culcheth, Cheshire, and it claims it will exit the year with £30 million of capital enabling it to keep on building. It says it’s on track to deliver fibre to 50,000 homes by mid 2022.