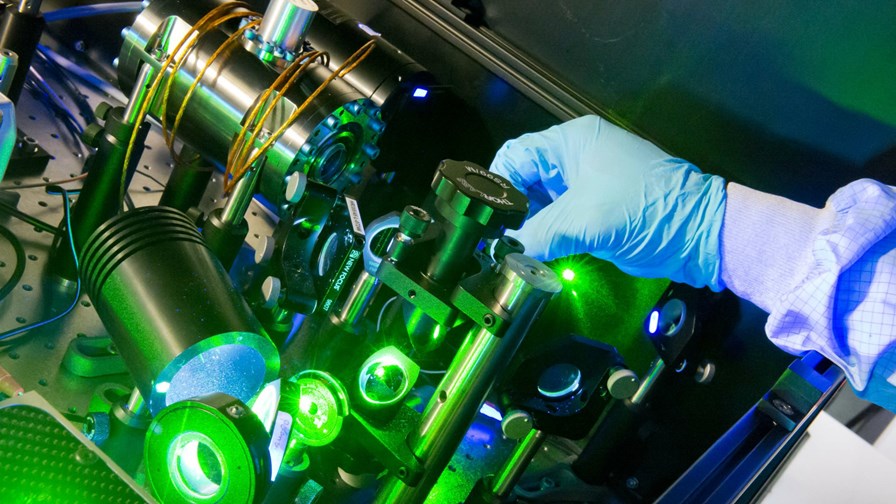 The world famous Nokia Bell Labs, headquartered in Murray Hill, New Jersey in the US, has announced that its scientists have just set a new world record by transmitting the highest ever single carrier bit rate at 1.52 Terabits per second (Tbit/s) over 80 kilometres of standard single mode fibre. To put that in perspective, it is the equivalent of streaming 1.5 million YouTube videos simultaneously, should anyone actually want to do such a thing.

The record speed is more than four times that of currently regarded as the "state-of-the-art" rate of 400 Gbps. Nokia Bell Labs says the experiment was driven by the accelerating need to develop and deploy 5G networks that can meet the ever-growing data, capacity and latency demands of industrial IoT and burgeoning consumer applications.

The research teams involved in setting the new record that are members of Nokia Bell Labs’ Smart Optical Fabric and Devices Research Laboratory, which is dedicated to designing and building the optical optical communications systems of tomorrow.

The 'old' single carrier bit rate record of 1.3 Tbit/s was also set, just six months ago, by Bell Labs scientists while they were supporting Nokia’s record-breaking field trial with the United Arab Emirates telco, Etisalat. The new record was realised through the use of a 128 Gigasample per second converter that enabled signal generation at a 128 GBaud symbol rate and information rates of the individual symbols beyond 6.0 bits/symbol/polarisation.

In telecoms and electronics 'baud' is a common measure of symbol rate which is the fundamental frequency at which the signal oscillates. Symbol rate is one of the components that determine the speed of communication over a data channel.

In a simultaneous announcement Nokia Bell Labs also revealed that it has set another world record, in this case for the highest data-rate yet realised for directly modulated lasers. In that experiment it achieved a data rate in excess of 400 Gbit/s on links of up to 15 kilometres. Direct modulation is a method by which the laser light power output of a semiconductor laser diode is changed by varying the diode current. Directly modulated lasers are vitally important for low-cost, high-speed applications, particularly in data centre connections.

Commenting on the latest technological breakthroughs, Marcus Weldon, the CTO of Nokia and President of Bell Labs, said, “It has been fifty years since the inventions of low-loss fibre and associated optics. From the original 45 Megabit-per-second systems to more than 1 Terabit-per-second systems of today - a more than 20,000-fold increase in 40 years - to create the fundamental underpinning of the Internet and the digital society as we know it. The role of Nokia Bell Labs has always been to push the envelope and redefine the limits of what’s possible. Our latest world records in optical research are yet another proof point that we are inventing even faster and more robust networks that will underpin the next industrial revolution.”

To date, nine Nobel Prizes have been awarded for work completed at Bell Laboratories and the Turing Award has been won four times. And it's only March.

So well done Nokia Bell Labs. That said, it's probably just as well that US telcos have so very graciously lifted their ludicrous bandwidth caps for the duration of the coronavirus pandemic, otherwise Dr. Weldon's outfit would be facing a rather large bill at the end of the month!

Nokia Corporation Financial Report for Q2 and Half Year 2022