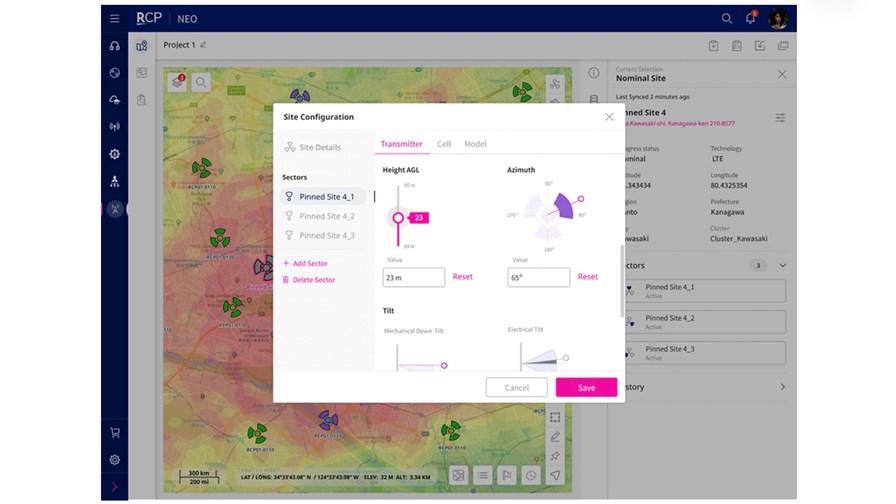 Infovista’s groundbreaking role at Rakuten Mobile and the latest notable 5G deal for Ericsson are the sweet treats on top of this news sundae.

Infovista has landed a prime role at Open RAN poster child Rakuten Mobile, collaborating with the upstart Japanese operator to develop a “cloud-based platform for radio network planning, optimisation and modelling to support the rapid roll-out of Rakuten Mobile’s end-to-end cloud-native 5G mobile network across Japan.” That radio network planning solution, based on Infovista’s Planet software, is now an application dubbed NEO in the Rakuten Communications Platform (RCP), a cloud-based repository of mobile network applications that will be made available to other network operators, including enterprises looking to build private networks. For more details, see this press release.

Ericsson, as expected, has been selected as a key provider of 5G RAN equipment by BT, which has been forced to oust Huawei from its network following the UK government’s U-turn earlier this year. The Swedish vendor, having already landed a deal to provide the UK operator with its 5G core technology, will supply 5G radio access network technology to be deployed in major cities including London, Cardiff, Edinburgh and Belfast. Nokia had already been announced as a 5G RAN vendor by BT last month: Now, down the line, we will see if the likes of NEC or Samsung get any action in BT’s mobile network as 5G evolves and Open RAN becomes a possibility. (See Could NEC grab some UK 5G action with Open RAN tech?)

Viavi has outlined its role in the recent Open RAN ‘plugfest’ hosted by a number of major operators (Deutsche Telekom, TIM, Airtel and more) and the O-RAN Alliance. The test vendor says it “provided industry-leading 4G and 5G test and validation platforms to support the worldwide event, which demonstrated key Open Radio Access Network (O-RAN) use cases involving a number of network equipment manufacturers (NEMs) and system integrators, accelerating the commercialization of O-RAN and diversification of the RAN supply chain.” See this press release for more details.

The FCC has amended its rules governing unlicensed wireless services provided over spectrum in the television broadcasting bands – the so-called TV white spaces – with the objective of allowing expanded use of the spectrum for the delivery of broadband services. But doesn’t this all seem rather familiar? It was way back in 2008, FCC Commissioner Jessica Rosenworcel reminds us, when the FCC decided on this course of action, but “technical challenges have sometimes limited our progress” through the intervening 12 years. Now, she says, the FCC has ”increased permissible power levels for both fixed and mobile devices and removed existing restrictions on antenna heights on fixed devices in less congested areas. In addition, we revised our rules to authorize new narrowband services and applications." So, surely now something can actually happen? “Let’s not wait another dozen years before making our next meaningful decision on white spaces.  We have too much work to do to power the Internet of Things, extend the reach of broadband access, and expand the range of innovation possible in wireless service,” Rosenworcel says in this statement.

VMware has teamed up with Samsung to jointly pitch 5G network operators. The partners will aim to help CSPs speed up their 5G rollouts by optimizing Samsung’s core, edge and RAN containerised and virtualized network functions with VMware’s Telco Cloud Platform. See this press release for more details.

Akamai has announced the acquisition of Asavie, whose global platform manages security, performance and access policies for mobile and internet-connected devices. Asavie’s mobile, IoT and security solutions will become part of Akamai’s Security and Personalization Services (“SPS”) product line, which is sold to carrier partners that embed the solution within the technology bundle sold to their subscribers. Read more...