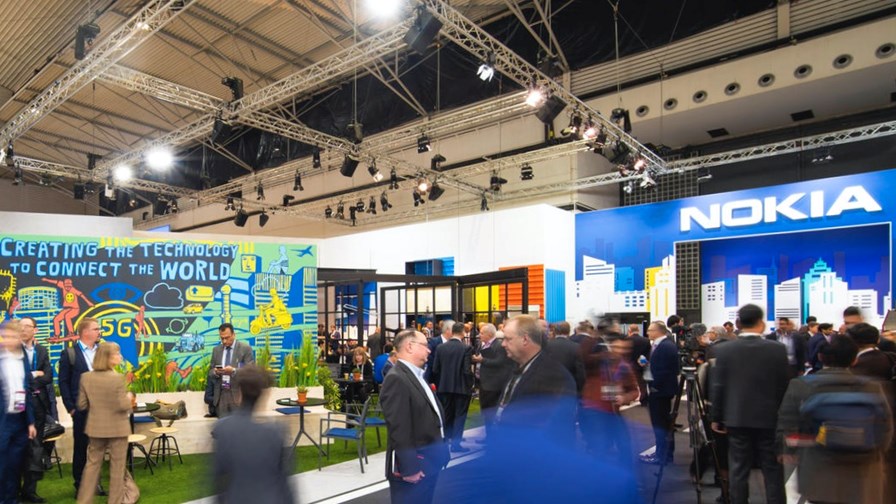 Nokia has struck a major technology supply deal with BT that will see it become the UK network operator’s largest single supplier of technology, the two companies have announced. The value or duration of the supply agreement has not been disclosed but it signals a major shift of BT’s network investments from Huawei, which is being ejected from the UK incumbent’s network, to the Finnish vendor.

While Nokia has long been a significant supplier of hardware and software systems to BT across multiple parts of its network infrastructure for decades, the new agreement will see the vendor becoming the major supplier of 5G radio access network (RAN) systems to the operator and also boost its presence in BT’s fixed access and core network as the operator undertakes a massive network reconstruction over the coming five or so years.

Clearly, Nokia is directly benefitting from the UK government’s decision, announced in July following pressure by the US administration, that network technology supplied by Chinese vendor Huawei must be purged from the UK’s mobile and fixed access networks by 2027, forcing BT and the country’s other operators to seek alternative network technology supplier options. Quite how much business (especially in the 5G RAN) Nokia would have been awarded by BT without the government’s intervention will no doubt be subject to debate in many a socially-distanced pub discussion during the coming days. (See UK gives Huawei 5G the order of the boot (for now).)

But such major technology supply decisions are not made overnight – telcos are renowned for long procurement processes that include detailed and intensive testing, so Nokia has not been drafted in this summer as a knee-jerk replacement for Huawei, though the operator has known for some time that a replacement strategy for the Chinese vendor might be needed.

But Nokia has been under something of a cloud in the RAN market in recent years, having entered the 5G market with a FPGA-based architecture that was expensive and late to market, a setback the Finnish vendor has bene trying to rectify for more than a year.

According to Neil McRae, BT’s Chief Architect and Managing Director, Architecture & Technology Strategy, Nokia appears to have rectified that situation and has impressed BT in a number of ways during the validation process.

McRae says there are two key reasons why Nokia has been given such a major role in BT’s 5G RAN rollout.

“Firstly, Nokia is working towards a cloud native radio architecture, which really supports our cloud native ambitions. Secondly, there’s the performance. You know it's clear that in the past Nokia has had some challenges, but I think over the past year-and-a-half, they've really turned it around and the performance, we're finding, is really fantastic,” noted the BT man.

McRae adds that Nokia is also excelling in its overall operations, processes, support and architecture.

“This is about much more than just  banging a radio up on a pole – it’s the whole end-to-end production of the network that’s important… [it’s about] what information we can get from the network to improve the customer experience, and Nokia is really working with us as a true partner to ensure that we don't just maintain our network leadership in the UK, but we actually jump even higher than we were. If you think about it, we're kind of rebuilding our entire network over the next five years. And that gives us a massive opportunity to build it in a different better way than if we’d just done a bit-by-bit upgrade. So Nokia really helped us to get up to speed with that,” McRae told TelecomTV.

The BT deal is a “big and important signal. Nokia used to be the leading RAN vendor in the UK, supplying T-Mobile and Orange,” says Gabriel Brown, Principal Analyst at Heavy Reading. “10+ years ago Huawei really started to turn the screw with excellent product and very attractive pricing to win the majority of EE’s business. Huawei used EE very effectively as a “western” reference to show the competitiveness of its LTE solution and to show it could be trusted in a Tier 1 West European market. We’re now seeing that position unwind – this has been on the cards since BT acquired EE, but not to the extent, or at the pace, we’re seeing since the UK Government decision on so-called high risk vendors.

“Nokia of course needs competitive technology to win this kind deal – being the largest technology supplier to BT is a huge responsibility – and this indicates it has made major advances over the past two years with its new RAN portfolio. To really achieve the share it is aiming for, however, Nokia will need to execute flawlessly over the next two years. BT has options to shift share to another vendor if it needs to,” adds Brown.

The analyst added: “If we take a wider view, Nokia should aim to use this marquee deal to re-energize its RAN business across Europe and other parts of the world where it has struggled to maintain market share over the past decade or so.”

Nokia is supplying BT with its AirScale Single RAN (S-RAN) portfolio for indoor and outdoor coverage, including 5G RAN, AirScale base stations and Nokia AirScale radio access products. The vendor will also help to “optimize BT’s 2G and 4G networks and work alongside BT on the development of the OpenRAN ecosystem.” (See this official announcement for more details.)

That’s a major boost for Nokia’s Open RAN ambitions: Of the leading three RAN vendor, it is the one that has put time, effort and support into the Open RAN community and the development of Open RAN-enabled options for its portfolio, while Ericsson and Huawei have shied away.

McRae says BT will work with Nokia to develop specific use cases for Open RAN as the technology and architectures mature, but he says it’s also about working with the vendor to explore greater openness across the entire network architecture. “We want to encourage more innovation and more suppliers across the board… we think there are opportunities across all segments of telecommunications,” says the BT man.