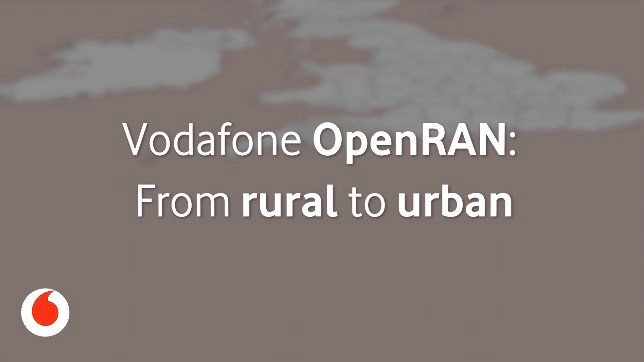 Vodafone UK is to roll out Open RAN technology across 16 masts covering two mid-sized towns in south-west England over the next three months in a deployment the operator has long referred to as its “golden cluster,” as it comprises multiple interconnected Open RAN sites in urban areas.

It’s the latest Open RAN development in the UK for Vodafone, which is one of the most vocal supporters of, and advocates for, disaggregated multivendor radio access networks in the industry. It has previously announced plans to deploy at least 2,500 Open RAN sites in rural areas across the UK by 2027 and earlier this year switched on its first 5G Open RAN site just outside the city of Bath – see Vodafone fires up its first commercial Open RAN site.

Even at that time, Yago Tenorio, Vodafone fellow and director of network architecture at the operator, was excited about the “cluster” as it would be in “a more populated area... where we can stress the system with some capacity requirements but also where we can deploy more bands and systems, including massive MIMO... that’s the biggest next milestone.”

But massive MIMO is clearly proving to be something of a challenge still when it comes to Open RAN deployments.

The sites in Torquay and Exmouth will be delivering 4G and 5G services, but the 5G services are being offered using dynamic spectrum sharing (DSS) technology that enables 4G and 5G to be offered across the same spectrum, in this case the low and mid-band (2.6 GHz) frequencies used for LTE, providing 5G services in the area for the first time, according to a Vodafone spokesperson.

Later in 2023, massive MIMO antennas, which can offer very high-bandwidth connectivity to 5G devices, will be added to the sites to offer 5G services across the operator’s licensed mid-band spectrum (3.5 GHz) “once the massive MIMO radio units have completed testing in the lab.”

While Vodafone says the timetable for the golden cluster rollout hasn’t changed, it does seem to be just a few months behind the original schedule, and it seems clear that integrating new technologies from additional providers, particularly the massive MIMO antennas, is proving a bit more challenging than initially envisaged: Multivendor integration has certainly emerged as the most cited challenge facing operators testing, trialling and deploying Open RAN in recent months.

And it’s notable (and understandable) that Vodafone is deploying the same combination of vendors and technology in Exmouth and Torquay as it has done at the site near Bath: Samsung for virtual RAN software and radios; Intel for its processors and accelerator cards that are housed in Dell servers; and Wind River for cloud-native function management and orchestration platform.

Adding massive MIMO to the mix, though, does involve adding a new vendor into the mix too as when the lab testing is complete, “a number of sites will be brought live with massive MIMO units from NEC,” according to the spokesperson.

The operator remains bullish about Open RAN’s potential to broaden its technology options and deliver efficiencies. “The potential of Open RAN is huge and clear to see,” stated Andrea Dona, chief network officer at Vodafone UK. “But to realise this potential, we need to deploy the technology out in the live network and take it from rural to urban locations. This is what we have now done – taking lab innovations into the real world.”

Once the “golden cluster” deployment is fully up and running, Vodafone plans to deploy Open RAN sites in “more complex urban environments” and to push ahead with the rural rollout that, the operator stresses, will encompass “a minimum” of 2,500 sites.

But there is clearly a degree of caution in Vodafone UK’s plans, as the spokesperson adds that “as the ecosystem matures” the operator will consider “increasing the volume” of urban Open RAN deployments “should it make sense.”

Deployments such as the “golden cluster” will help it decide just how useful Open RAN architectures can be as part of the operator’s mobile networking strategy.

In the meantime, across all its territories, Vodafone Group is sticking with its plan to deploy Open RAN at 30% of all of its sites across Europe by 2030, and continues to push the telecom sector to embrace Open RAN more broadly and develop new deployment models that enable best-of-breed deployments that don’t rely on the R&D cadence and strategies of a handful of major suppliers – for related articles, see:

Why Vodafone and NTT Docomo are connecting their Open RAN labs