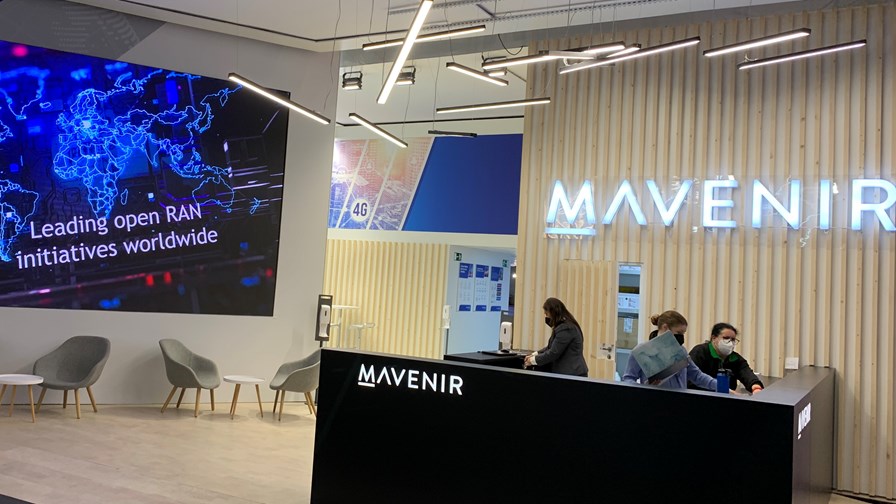 It’s starting to feel a bit like crunch time for some of the more established Open RAN vendors. Only weeks after news broke that Parallel Wireless had laid off a significant number of staff because the market for disaggregated radio access network (RAN) systems was not developing as expected, one of its main Open RAN software rivals, Mavenir, has turned to the capital markets to borrow $95m to help fund its ongoing operations.

The move was noted by credit ratings agency Moody’s, which reported that Mavenir organised a $95m loan to “partially pre-fund anticipated cash burn due to significant research and development (R&D) spend – which is rising materially (based on Moody's projections) – higher working capital needs, and a softer top-line growth forecast.”

The agency notes that Mavenir’s costs have so far been met by its private equity sponsors and other strategic investors: Siris Capital Group is the majority owner while Koch Strategic Platforms took a minority stake in the vendor for $500m in April 2021, about six months after Mavenir abandoned its plan for an IPO.

“This shift in the financing mix, with a material issuance of debt, is [a] significant break from the sponsor's track record over the last four years of back-stopping all negative cash flow with equity, which was a key factor supporting the credit profile,” noted Moody’s, which downgraded Mavenir’s credit rating to B3 from B2 but retained its outlook as stable.

Mavenir’s senior vice president of marketing and corporate communications, Maryvonne Tubb, confirmed the company had raised $95m to “fund our growth in the radio space, as we expand our R&D and other functions in radio”.

The company has historically specialised in software, but as part of its efforts to grab all it can in the emerging Open RAN technology sector, Mavenir expanded its portfolio earlier this year with the addition of a selection of radio unit products, dubbed OpenBeam, to suit multiple use cases. That move followed its $15.6m acquisition of small cell vendor ip.access in late 2020 – see Mavenir buys ip.access to boost Open RAN, enterprise portfolio.

That’s a market in which there is a lot of competition, not only from the large established RAN equipment vendors but from a host of specialists, including Baicells, Benetel, Comba, Fujitsu, Gigatera, NEC and more, so R&D investment is important for differentiation, hence Moody’s view that R&D spend is “rising materially”.

There have also been multiple media reports of job cuts at Mavenir, which would, perhaps, not be that surprising given the shift in its financing profile. However, this can’t be directly equated with the position of Parallel Wireless, as Mavenir has a much broader portfolio than just Open RAN products, including cloud-ready converged packet core/IMS functions, OSS and BSS tools, messaging and unified communications platforms, and has established revenue-generating customers for its messaging and packet core products.

Marketing executive Tubb noted in her emailed response to questions that the company “needs a lot more people with RAN and packet core background. As a result, we are making some small changes in our staff,” with cuts being made in some areas (including a couple in marketing, it seems) and additions in other areas, which is not unusual in the vendor world.

“Overall, we have grown from 3,200 employees in March 2020 to over 6,000 in May 2022… we expect to stay at the same overall level,” adds Tubb. That’s a lot of people that will be costing a lot in operating expenses, of course, so Mavenir will naturally be looking for a return on its investments in R&D and its people.

Currently, Mavenir is a mid-tier vendor in terms of its size: Moody’s estimates the vendor’s annual revenues at less than $700m, and notes that its “revenue growth is strong, driven by long-term relationships (12 years, average length) with a large number (325+) of customers, including 17 of the top-20 carriers. Good geographic diversity, a large target-addressable market with strong demand drivers, the company's strong niche position in leading technology software and services, and strong engineering talent and patent portfolio also support the credit profile. Moody's expects Mavenir to maintain adequate liquidity over the next 12 months,” concludes the ratings agency.

And, of course, Mavenir will be banking on growth in the Open RAN sector which, depending on who you talk to in the industry, is either progressing faster than expected or much slower than expected.

So it’s worth reminding ourselves that while there has been a lot of noise about Open RAN over the past couple of years (as is always the case with a technology trend that is disruptive), there was never any great expectation of immediate massive sales. Ericsson CEO Börje Ekholm stated back in late 2020 that the Swedish vendor didn’t expect to make any meaningful impact on the market and its own revenues until 2023 and you could easily argue that prediction has so far been accurate – see Ericsson CEO sees Open RAN impact from 2023.

The Open RAN market does already exist, of course, but it is mainly tied to two markets. In Japan, Rakuten Mobile has used some Open RAN elements in its 4G and initial 5G rollouts; while NTT Docomo and KDDI have also included Open RAN technology in their production networks. And in the US, the 5G newcomer Dish Network (a Mavenir customer) has launched its service using an Open RAN-based network.

Plenty of other big names, including the European quintet of Deutsche Telekom, Orange, Telecom Italia (TIM), Telefónica and Vodafone, are supporters and are either at the very early stages of initial deployments or still in test and trial phases, but haven’t pulled the trigger on major deployment investments so far.

Research house The Dell’Oro Group has been tracking momentum and shifts in the RAN market and recently revised its Open RAN market forecast to account for better-than-expected investment and “improved momentum”. It now expects Open RAN equipment (radio and baseband products, but not associated professional services) to be worth almost $20bn during the 2022-26 period; and for Open RAN products to account for about 15% of the total RAN market by 2026, which would (according to the TelecomTV back-of-the-envelope calculation) value the market at between $6bn and $6.5bn by then.

“The Open RAN movement continues to trend in the right direction,” stated Stefan Pongratz, vice president and analyst at the Dell’Oro Group. “At the same time, we have three separate Open RAN waves right now and they are not all moving at the same pace – greenfields and early brownfield adopters are deploying Open RAN aggressively, while the remaining brownfields, which also make up the largest part of the market, remain more cautious navigating this transition,” he noted in this announcement.

Having put years of effort and development into its Open RAN plans, Mavenir will want to be in the game for the long run and will hope to pick up a decent chunk of the investments that, if all goes to plan, should be coming down the telco capex pipe starting next year.