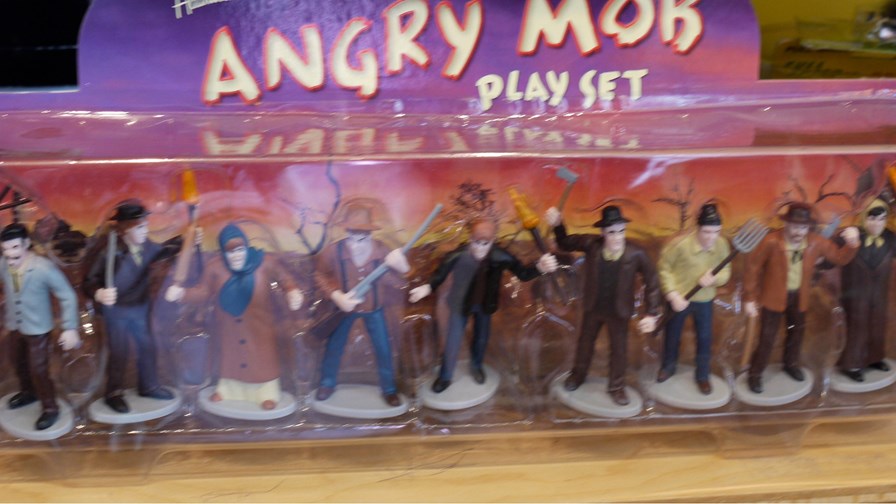 After what seemed like a period of easing concerns about using Huawei's 5G equipment, the knives appear to be back out for the Chinese kit maker.

The consistency in the tone of coverage coming from multiple outlets this week suggests that the anti-Huawei lobbying effort is in full effect and well coordinated. It also coincides with the start of CFO Meng Wanzhou's extradition hearing.

In short, the message coming from this week's reports is there's no need to rely on Huawei when Ericsson, Nokia and Samsung make perfectly good 5G products. Furthermore, operators' arguments that banning Huawei will in some cases delay 5G deployments were dismissed. There was also little or no mention of Huawei's track record of undercutting on price and investing heavily in countries that are open to doing business with it.

Wide of the Marco

Perhaps the strangest contribution this week came from Florida's Republican senator Marco Rubio. In an op-ed for the UK's Telegraph, he demonstrated, very succinctly, why he's not really qualified to comment on telecoms.

"I am alarmed to see the UK framing its decision on 5G as a false choice between Huawei today or lagging behind forever," he wrote. "Compelling market alternatives to Huawei exist, despite Beijing's best efforts to tilt the market toward Huawei through subsidies and political pressure."

Rubio either deliberately or due to ignorance glosses over the fact that some operators in the UK already use Huawei RAN equipment in their LTE networks, which as we all know is used for the control plane in non-standalone 5G.

So yes, compelling alternatives do exist, but an operator that is already on a Huawei glide-path to NSA 5G and eventually SA 5G will understandably be reluctant to go to the trouble of deploying another vendor's 5G RAN equipment and getting it to work with the LTE layer. Technically it is possible, but as this article from The Mobile Network points out, there are potential drawbacks in doing so. That leaves ripping out and replacing, which costs money and takes time. Hence the warnings from operators are justified.

Rubio also insisted that keeping Huawei out of core networks won't work because "the core and periphery of a network are one and the same, meaning that giving Huawei any access poses a tremendous risk."

As David Kennedy, practice leader, Asia-Pacific, at Ovum pointed out in a report last summer, the edge is not the RAN.

"Multi-access Edge Computing (MEC) on the network does not affect the core/RAN separation, as MEC is defined and implemented as an Application Function (AF) of the core network in 5G," he wrote. "5G security is an evolution of the 4G security with enhancements to address known 4G vulnerabilities. It introduces no radical changes to a security architecture based on a clear core/RAN separation."

Rubio then reheats some old news about software vulnerabilities, and then says Huawei is complicit in the oppression of Uighurs because it supplied surveillance equipment.

While there's no excusing the oppression of Uighurs, as civil rights lawyer Michelle Alexander wrote in her book, The New Jim Crow: no other country in the world imprisons more of its racial or ethnic minorities than the US. "The United States imprisons a larger percentage of its black population than South Africa did at the height of apartheid."

In her New York Times column last week, Alexander mourned the lack of progress since her book's publication, noting, among other things, Trump's expanded use of private prisons. There is also the matter of the large numbers of vulnerable migrant children separated from their parents and detained in camps.

Oh, and here is a handy map showing widespread use of facial recognition technology in the US. So yes, China's policy of mass surveillance and incarceration is reprehensible, but no one should pretend the US is some model of restraint in this area.

In addition to uninformed US senators, comments from Ericsson CEO Borje Ekholm during this week's World Economic Forum in Davos were also crowbarred into the Huawei narrative.

In a CNBC report, he refuted arguments that Huawei is out in front when it comes to 5G, pointing out that the first commercial 5G networks in the US and Europe used Ericsson equipment.

"I find it a bit difficult to say we're behind when I see no one ahead of us," he said.

Ekholm didn't allow himself to be manipulated though: he made it clear that the trade war and the campaign against Huawei is not good for business, and has reduced investment overall.

"I think the whole uncertainty that we have geopolitically is not a positive," he said. "I hope we find a solution that allows the world to move forward."

Ekholm was also asked to respond to the argument that Huawei equipment is less expensive. Interestingly though, the CNBC video clip ends somewhat abruptly, before he has a chance to talk price, and there's no mention of it in the write-up.

Maybe this is because everyone already knows that historically Huawei has always found ways of delivering at a lower price and therefore there's not a lot one can say about it. Or, maybe Ekholm made a really good point but CNBC ran out of time or something. We'll just have to speculate.

Further fanning the flames are a set of upcoming EU guidelines, seen by Reuters, that recommend member states should be free to apply restrictions on so-called high-risk 5G vendors, including exclusions where necessary. The EU will urge telcos to thoroughly vet suppliers, and not rely on a single kit maker.

The document reportedly doesn't name specific countries or companies, but it doesn't need to. Everybody knows this is about mitigating any potential security risks posed by Huawei.

The recommendations are non-binding, which means that even if telcos in member states opt to abide by them, it is unlikely to do much to curb the US-led lobbying effort.

If anything, the US will likely use these guidelines as yet another stick with which to bash Huawei.