Here, There and Everywhere. Sgt Pepper: 50 years ago today, give or take a week 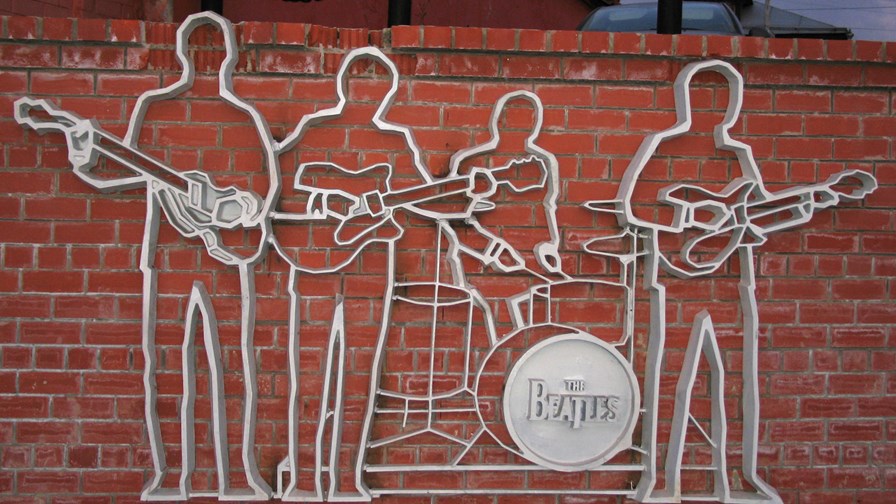 It was 50 years ago tomorrow, June 2, 1967, that Sgt. Pepper's Lonely Hearts Club Band by The Beatles was released in the US. It had been out in the UK since May 26, but, for reasons not readily apparent, folklore has it that the world-changing album first hit the shops, here, there and everywhere, on June 1.

"Lots of commemorations and celebrations are being held and, as you might expect, behind all the baby-boomer nostalgia for the Summer of Love and everything that went with it,  the corporate money-making machine has been cranked-up to overdrive in yet another attempt to wring yet more hard cash out of what Professor Kevin Dettmar described in the Oxford Encyclopaedia of British Literature as "the most important and influential rock and roll album ever recorded."

And it's true. Half a century on, the LP remains a magical mix of sublime songwriting, tunes and musicianship made possible and brought together on one long-playing 33-rpm record by the most cutting-edge recording technology available at the time. To date more than 35 million copies of the album have been sold.

World famous, rich and sick and so tired of touring, the band's immense popularity (and cash-generating capabilities) decided their recording label to permit them a financially unlimited recording budget and open-ended recording time. The group had experimented with different recording technologies and techniques on earlier albums (most notably Rubber Soul and Revolver) and began Sgt Pepper in the way they intended to continue. As George Martin, the "5th Beatle" and the band's peerless producer said, the LP was a "continuous process of technological experimentation."

Indeed, the very first session of the incredibly lengthy 55-hour recording process of Strawberry Fields Forever (originally intended for inclusion on Sgt Pepper together with Penny Lane) featured a keyboard instrument called the Mellotron. which is an "electro-mechanical polyphonic tape replay keyboard". What's more it's British! The Mellotron was developed in Birmingham in 1963 and became immensely popular with a lot of modern beat combos once the Beatles had used it. It works by guiding a section of magnetic tape across a recording head and different parts of the tape can be accessed on a keyboard to get and reproduce different sounds.

George Martin said the approach to Strawberry Fields Forever "set the agenda for the whole album" and made it evident that Sgt Pepper was "going to be a record that could never be performed live", which is exactly what the Beatles wanted.

Famously, Sgt Pepper was recorded on four-track equipment, a technology that by modern standards was primitive and limited in the extreme - but look and listen to what George Martin did with the Beatles and what they wrote and performed. Much use was made of reduction mixing whereby between one and four tracks from one recording device are mixed and then dubbed onto another 'master' (but still four-track) recording machine. The engineers were thus able to allow the Beatles access to what was a 'virtual' multitrack studio. The rest, as they say, is history.

Sgt Pepper also featured a lot of signal processing, including dynamic range compression, reverb, direct injection, pitch control, ambiphonics, varispeed and signal limiting. Famously, the album also included much automatic double tracking (ADT) wherein tape recorders were used simultaneously to double a sound, Entranced by the results, John Lennon asked George Martin how the technology worked. He replied that Lennon's nasal Liverpudlian twang had been "treated with a double vibrocated sploshing flange." Thereafter Lennon, who knew a piss-take when he heard one, always called ADT "flanging" and the term has been in common usage in the recording industry ever  since.

Hey Bulldog - and the rest of the canine world

Another innovation was the removal of the several seconds of silence that, hitherto on LPs, had always marked the end of one track and the beginning of the next. Sgt Pepper used two crossfades that, in essence, blended two tracks together to give the impression that the listener was hearing a continuous live performance.

Some critics have long opined that it is the hasty stereo mixes that make that version of Sgt Pepper less than it should be. The group had devoted a lot of time and effort to the mono mixes of the album but had moved on to other things by the time the final engineer-led stereo post-production mixes were underway and the Beatles had almost no involvement in the process.

It took three full weeks to mix the mono versions with the Beatles being involved and then, without them being there, less than three days for the stereo equivalents. And you can certainly tell. The mono mix is much more immediate and sounds as though the group is in the room with the listener. The stereo version most certainly does not - although that might well have been addressed in the new 50th Anniversary stereo remix that is now available.

The final tweaks to Sgt Pepper were completed on April 21, 1967 when recordings of various random animal and other strange noises were placed in the run-out groove at the very end of the LP, together with (another Lennon-inspired bit of comedy business) a whistle too highly pitched to be heard by humans, but all too audible to dogs. As buyers of the album soon discovered when their beloved pets began to yowl their hearts out as Sgt Pepper ended.

We shall not see the like again but we can be sure (and money-grubbing) that the celebrations of the centenary of Sgt Pepper's Lonely Hearts Club Band will be as heartfelt as is today's Golden Anniversary.

A new Beatles film without any Beatles music

Many media events have been timed to coincide with the anniversary of the release of Sgt Pepper. One such is a new documentary film, "It was Fifty years Ago Today! The Beatles: Sgt Pepper and Beyond", directed by Alan G. Parker. I went to a Press showing and enjoyed it, with reservations, the main one being that 118 minutes it is about half an hour too long.

The trouble is that too much of the beginning of the film is given over to the "Before" of the album rather than the "Beyond". Thus we get a lengthy and unnecessary rehash of the "The Beatles are more popular than Jesus" controversy that was, literally, fanned into flames in the Bible belt of the US before the documentary belatedly turns its attention to the genesis of Sgt Pepper itself.

Once it does get to the point the film, which is so detailed as obviously to be a labour of love, becomes more interesting with video testimony from the mid-1960s onwards from the Beatles themselves and other who were intimately involved in the making of Sgt Pepper. Some of the interview have been seen before but there is also unseen and new footage which fleshes out a fascinating story.

However, another, and unsurmountable problem with the film is that there's nary a note of Beatles music in it. Obviously the makers couldn't afford the huge sums that would be payable in royalty fees for the use of actual Beatles tracks and so Alan Parker had no choice but to use off-the-shelf generic stuff (such as sitars and fairground organs) to add some sort of Beatle-ish background sound. It doesn't work. Neither does the 10 or more minutes devoted to an analysis of the Peter Blake's iconic cover sleeve design without ever showing the cover itself.

The glaringly evident cost constraints of a long film made by a devotee for devotees means that it will find a limited theatre audience but might well do a lot better on TV, DVD, download and streaming. I hope it does because it does have real value but needs some judicious trimming.

For me, one of the most interesting sections of the film is a late appearance by Pete Best, the Beatles original drummer, who having played with the group at The Cavern more than 200 times and served a tough apprenticeship with them in pretty squalid conditions in Hamburg was sacked in obscure circumstances just as the Beatles were breaking big.

There's a story there to tell, but this film doesn't tell it. Having secured an rare interview with the man on film it would have been better to make more of his contribution and less on well-documented and well-rehearsed rehashes of the burning of Beatles records in Kentucky and Tennessee in 1966. That said, there is a lovely quote in the film from George Harrison who quietly remarked (although it went unreported at the time) "I don't care if they do burn our records. It means they'll be buying more next week."​