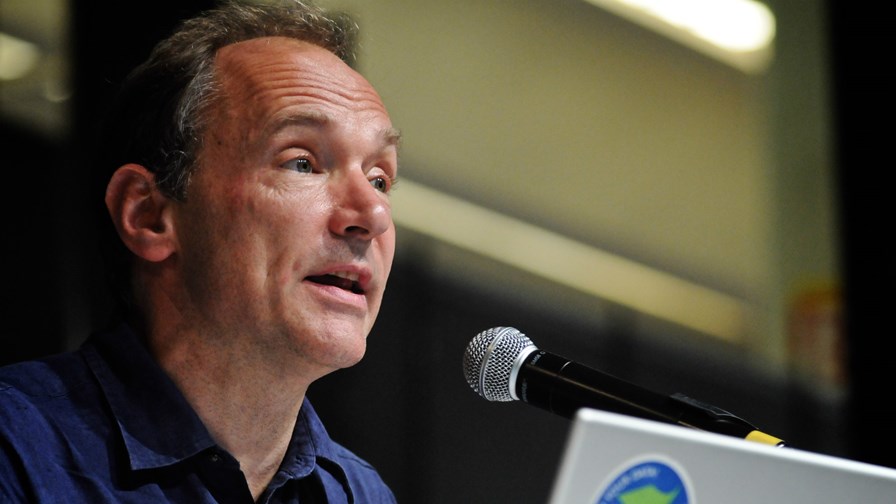 Tim Berners-Lee, the man who, more than a quarter of a century ago now, came up with the first web browser and server and, in so doing, invented the World Wide Web, says that US ISP's want to close off as much of the open Web as is possible, take complete control over it and demand what are, effectively, "bribes" from content providers simply to provide new services.

Berners-Lees says that what he, and other, pioneers designed quite deliberately and from the very outset as a decentralised network is increasingly in thrall to overly-powerful ISPs who are determined to exercise complete control over it and traduce and ultimately destroy its original raison d'être.

Tim BL, as he often called, says there is a big difference between regulating ISPs and regulating the services that run over the World Wide Web itself and believes that strong and strongly-enforced net neutrality regulations will necessarily clearly demarcate the division between ISPs and the network and so inhibit the worst excesses of those intent on fiddling with, and (whisper it who dares ),trying to fix it to bolster their own commercial and monetary ends.

Speaking to the Washington Post newspaper, Berners-Lee said, "A lot of congressmen say, 'Well, sign up for the free market' and feel that it's just something you should leave to go by itself. Well, the market works well so long as nobody prints money. So we have rules, okay? You don't steal stuff, for example. The US dollar is something that everyone relies on. So the government keeps the dollar a stable thing, nobody steals stuff, and then you can rely on the free market."

He added that when he was designing what became the World Wide Web, he could use the  copper telephone wire coming out of his wall, plug it into a computer or server and just connect to any other computer. "I didn't have to ask the telephone company for permission to introduce a new feature", he said.

However, with the US regulator, the Federal Communications Commission (FCC), apparently prepared to give at least tacit permission for ISPs to charge content providers for priority access to consumers, Berners-Lee believes America's position at the top of the global Internet hierarchy could be threatened as web companies and the inventors of new technologies migrate away from the US if services are forced to "bribe" their way into business.

"Look, we need rules," says Tim BL "If businesses are to move here [to the US] and start here rather than start in Europe or Brazil or Australia — they're going to look around and make sure, 'Oh, does the power stay up?' And they'll look for other things. 'Is the Internet open?' Will they have to effectively bribe their ISPs to start a new service? That's what it looks like from the outside. It's bribery."

He added that to the vast majority of people the world over what they see and regard as  "the Internet" is a just collection of applications and services they use daily. Consumers don't care about, nor do they need to know about the intricacies of the technologies that lie behind commonplace access to and usage of the World Wide Web.

He ended, "The technical bit — all the deals about peering and all that — is really complicated and difficult and it is something normal people in the street aren't going to understand — and they shouldn't have to. If you have to start understanding what's happening inside, then the Internet has failed already."