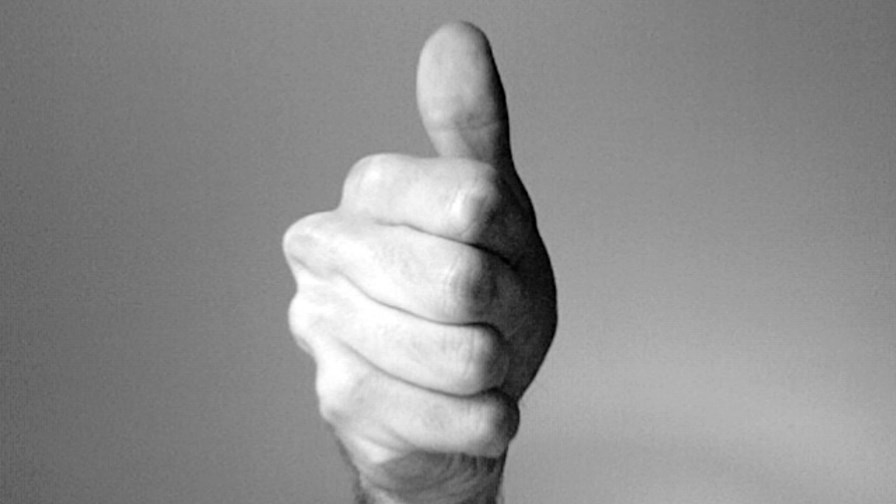 There's nothing quite as comforting and self-affirming as giving yourself a resounding slap on the back and a big smiley 'thumbs up' and that's just what the UK government's chief advisory body, the Broadband Stakeholder Group has done. (that's the 'BSG' by the  way, which  is not under any circumstances to be confused the 'BFG' - Roald Dahl's Big Friendly Giant - altogether a more sympathetic and entertaining creation).

The BSG informs a waiting world that an independent review into Britain's vested interest and industry-led 'self-regulatory' approach concludes that the country's Open Internet Codes are are wondrously effective at keeping the principles of net neutrality in shiny and pristine condition and the open internet absolutely intact and tickety-boo. Thus all is well and all shall be well in and on this sceptred isle's internet.

Having abrogated to itself a leading role in the definition of Britain's 'Open Internet and Traffic Management Transparency Codes of Practice' or a catchy 'OITMTCP', for short, the BSG, having performed, without benefit of an anaesthetic, a complete irony bypass upon itself, went and commissioned the German state-owned (yes, state-owned) consultancy Wissenschaftliches Institut für Infrastruktur und Kommunikationsdienste or 'WIK', which was moderately easy for me to write but possibly rather more difficult for you pronounce. I am (I hope) reliably informed that this translates as the "Scientific Institute for Infrastructure and Communications Service".

The Open Internet Code, to which a fair old few of the UK's ISPs and mobile operators pay at least lip service, is made up of three main provisions: full and open internet access products, a total absence of negative discrimination such as targeting and degrading specific content (i.e. throttling and so-called 'traffic management') and, finally, and despite assurances that no discriminatory products or services will be launched or applied, should it ever be found that somehow any have managed to sneak through the net, then ISPs and operators shall provide complete transparency about what they are and what they do.

So the Codes require ISPs and mobile operators to comply with an agreed set of accessible, appropriate, comparable, understandable and verifiable 'good practices' designed to inform subscribers about when, where, why and what traffic management takes place and what impact it has on customer service and experience. Furthermore, signatories must publish a Key Facts Indicator that summarises the traffic management practices used each broadband product currently on the market. But, to reiterate, signing up to the Codes is voluntary and thus, in extremis would be about as much use as a chocolate teapot.

Dr. Pangloss is alive and well and living in London

The European Union’s "Connected Continent Regulations" initiative is the harbinger of the upcoming single market for telecoms across the EU's 28 member states. As such it is anathema to the Broadband Stakeholder Group because, according to the BSG's chairman, Richard Hooper, it threatens to undermine the progress that the UK is making all on its own.

At the end of June this year, member states abolished roaming charges across Europe and signed-up to to the concept of a single telecoms market and to the principles of net neutrality that, by the end of April 2016, will be enshrined in over-arching EU legislation. In October, speaking at the Broadband World Forum in London , Mr.Hooper argued that the agreement is "too prescriptive." and that the UK's communications services providers are so committed to fair competition, transparency and self-regulation that there can be, and is, no need whatsoever for either British or European regulatory intervention.

Well, "up to a point Lord Copper" as Evelyn Waugh had it. Mr. Evans would say that wouldn't he? After all, the Broadband Stakeholder Group is a lobbying organisation acting in the perceived best interests members and as such it does, and is, exactly what it says on the wrapping it comes in.

Whilst it is true that competition in the UK between broadband Internet service service providers  and mobile operators has, in the past, been quite keen, it is now being blunted by continuing sectoral consolidation. For example, BT's acquisition of EE has just reduced the number of major mobile players in Britain from four to three and  each time something like that happens competition and choice reduces as opportunities to gouge prices increase. Certainly the UK market is infinitely better, more competitive and cheaper for consumers  than it is in the US but then again it is nowhere near as good as in other parts of the world.

Speaking a few days ago at the annual NextGen2015 event ("Costs Down, Value Up: Reviewing Connectivity Infrastructure Investment in the UK") Richard Hooper opined that "the UK industry working with the UK Government, Ofcom and the Broadband Stakeholder Group has successfully met an important digital need, the Open Internet, without recourse to regulation and statutes and regulatory commands."

He added, "The real solution [to the regulatory conundrum] which will be to the benefit of all players, has to be boosting competition by lowering barriers for entry and creating space for new entrants, just as we did so well in the UK 10 years ago.” That is a fair and valid point but it is equally resaonable to observe that when Europe duly gets its single market in telecoms in Spring next year, the wider European authority should be both able and empowered to maintain a watching regulatory brief on the industry if only to ensure that consumers do get a fair deal.

Think about it. Does anyone actually believe that without the intervention of the European Commission, Europe would now be free of mobile roaming charges, the fat leech that drained consumers pockets whilst keeping the complexion of so many national operators so ruddily healthy for so long? No it would not. Self-regulation can and does work well but it is surely prudent to have behind it a larger body of dispassionate oversight to police and ultimately regulate the exuberant excesses of any industry that comes to believe that it is a law only unto itself.