There’s a push for compromise on net neutrality in the US - fat chance! 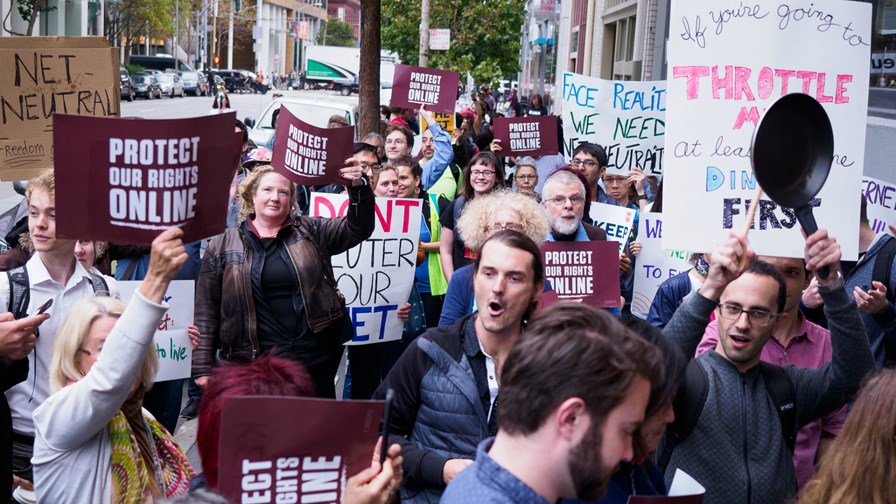 Britain is currently experiencing the agonies of Brexit. Political gridlock has seen the same collection of arguments, solutions and objections trotted out time after time to the point where most of us hearing the word ‘brexit’ (or even just a word starting with ‘br’) reach for the off button.

Many in the US are no doubt feeling the same way about net neutrality. Despite overwhelming public support FOR net neutrality, attempts to reinstate it are obfuscated by the same old discredited talking points by the anti brigade, presumably in the hope that the pro net neutrality side will just give up out of Brexit-style fatigue.

To that end - and in the face of a Democrat-controlled house and the high likelihood that it will be joined by a Democrat presidency and senate within a couple of years - there’s an effort under way to organise a bipartisan ‘compromise’ before the Democrats have the numbers to get the ‘Obama era’ net neutrality regulations, undone by FCC chairman Ajit Pai, reinstated.

Two legislative efforts are underway. The first by the Democrats with the wind and the polling numbers in their sails. They introduced the Save the Internet Act in early March to reinstate the rules knocked down in 2017 by Chairman Pai.

And they appear to have overwhelming public backing for this move. One of the latest surveys in the US on the subject, from Comparitech, found that almost 87 per cent of Democrats support net neutrality, which given the partisan background you might have expected.

This bill won’t get through straight away, of couse, since even if it gets the support of the Senate, Trump will veto it.

Meanwhile, the Republicans in Congress are are prepping three bills which aim to introduce a ‘compromise’ set of regulations. They argue that the sensible way forward is to stop the legal to and fro and agree a set of rules that might stick.

One of these, the ‘McMorris Rodgers Bill’, codifies the rules against paid prioritization, blocking and throttling, but pointedly leaves out the reinstatement of Title II - the adoption of which was found by the courts to be a precondition for regulating Internet access back in the Obama era.

That’s almost too much Brexity legal mumbo jumbo, so before you reach for the off button, let’s conclude by saying that it appears most likely that the Republican effort to suddenly go ‘bi-partisan’ will fall on stony ground.

Neutrality advocates maintain that the Republican bills will include trapdoors and escape hatches - a favourite since net neutrality became a ‘thing’ about ten years ago - to enable big ISPs to keep probing away with various sort of discriminatory behaviour.

In fact there is no need for compromise. Unlike Brexit, net neutrality has the overwhelming support of the population. It just needs a strong law to keep it in place.

Read the full report on Net Neutrality by Comparitech