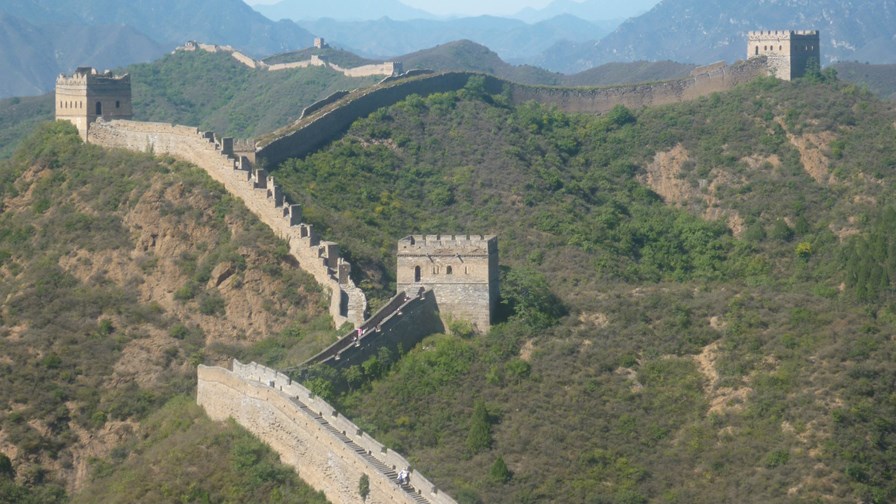 The People's Republic wants more influence over the global Internet to counter US "hegemony" of the World Wide Web. According to a report in the People's Daily, the official newspaper of the government of the People's Republic of China (PRC), the US has far too much influence and control over the Internet and it is therefore incumbent on China to combat this "hegemony" by articulating and  seeking support to impose a sino-centric vision and definition of global Internet governance.

Editorials and by-lined articles in the People's Daily have long been highly-placed, authoritative and often coded and nuanced references to official Chinese government policy, either in the making or in application, and the piece of 'Internet sovereignty' is another example of governmental kite-flying and a pointer to the direction of future policy.

The article was picked up and analysed by "The Diplomat", a Tokyo-based, online current affairs ezine covering politics, society and culture in the Asia-Pacific region. In the piece, a People's Daily journalist interviewed five senior Chinese experts in the areas of Internet security and political thought (increasingly the two subjects go hand-in-hand, and not just in Communist China) and looks in some detail at the notion of 'Internet sovereignty'.

It was back in 2010, in a weighty tome entitled "The Internet In China", that the government first articulated the concept of a peculiarly Chinese Communist Party and government sino-centric version of what it calls "Internet sovereignty of China".

In that, the Chinese authorities are doing little more than those in other countries in making explicit the theory and reality that the internet, in this case within China, is is subject to national laws. Where the PRC differs from many other nations is that the Internet there is viewed with great suspicion by the government and an 'open' Internet is regarded as a threat to the state and, as such, absolute anathema. Hence the remorseless focus on ensuring "Internet security" through repressive monitoring and surveillance.

Thus the Internet in China is subject to massive state interference, control and censorship and the legislation pertaining to it provides for swingeing and brutal penalties to be meted out to those deemed to be guilty of "propagating heretical or superstitious ideas", "spreading rumours, disrupting social order and stability", "damaging state honour" and of course, that good old totalitarian catch-all "divulging state secrets".

What is different about the article in the People's Daily is that, in it, the writer argues that China's right to determine its own governance of the Internet should be ratified by international consensus. In a convoluted rationale of considerable sophistry, Fang Jinxing, the alleged mastermind behind the construction of the Great Firewall of China, cites a 2013 UN agency report on the Information Society which includes the formulation, “state sovereignty and international norms and principles that flow from sovereignty apply to State conduct of ICT-related activities, and to their jurisdiction over ICT infrastructure within their territory.” According to Fang this proves that the United Nations has, de facto, already accepted China's definition of “Internet sovereignty."

The PRC is well known for cherry-picking bits and pieces of international reports and other works that  support its own world view whilst studiously ignoring others which contradict it. Thus Fang Jinxing fails to mention that the very next section of the said ITU report unequivocally says that “state efforts to address the security of ICTs must go hand-in-hand with respect for human rights and fundamental freedom set forth in the Universal Declaration of Human Rights.”

That's a tad inconvenient for the Chinese authorities so it is not addressed. Par for the course. However the determination not to acknowledge the rider is indicative of he juxtaposition of the two points in the UN report outlining the basic differences between China’s attitude to the Internet as compared to that of the West. As far as the Chinese authorities are concerned cyberspace is a national domestic matter and interference in national sovereignty will not be brooked - and anyway by having strong national Internet control, China is helping to ensure the stability and integrity of the global Internet! How's that for a specious effort to have your cake and eat it too?

The People's Daily article shows that, come what may, PRC is determined to increase its influence over the global Internet. It says, "some countries" (for which read the US) "are abusing their technological advantages to conduct cyber-espionage and cyber attacks." Now that is pure brass-necked hypocrisy. Talk about the pot calling the kettle black.

Meanwhile two of the very carefully selected interviewees in the People's Daily article explicitly cite the US for having too much influence over the direction of the Internet because of its technological superiority. Yeah, well, China didn't invent the Internet did it? That horse left the stable and has galloped around the world since then and jealousy and envy seem to be playing their part in the Chinese agenda to agitate for an 'international consensus 'based on it's own version of the Internet. Thanks, but no thanks.